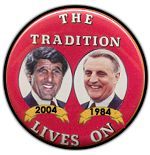 This is not anything but wealth redistribution, folks. It’s the same old thing it’s always been. He’s trying to couch this in “fairness.” He’s playing off class envy again. Another same old page from the tired, worn out Democrat playbook, and it’s a shotgun approach. He thinks that more and more people are going to be enthused by this than would be hurt by it. And that probably may be right, but there is a higher degree of understanding and sophistication today among average people about who it is that provides jobs in this country, and one of the things that you have to say…
I want to continue to say this: If you are somebody, and I know you’re out there, and you know who you are, and there’s no sense, you know — I can’t see you, but I know you’re there. You know I’m talking about you. When I say if there are any of you out there happy about this because you don’t make 200 grand a year, you know who you are, and I want to say one thing to you. And don’t look around. Don’t act nervous. Nobody knows I’m talking to you but you. I just want to ask you one question.
Let’s say that you resent people who make more money than you do, let’s say you resent people who earn more than 200 grand and you love the idea that John Kerry is going to confiscate more of their wealth to the same tune that Bill Clinton did. Go ahead and feel that way, but let me just ask you a question. I want to know how it’s going to improve your life. Imagine across the street from you your neighbor is one of these people that earns $200,000 a year or more and is going to be paying these new taxes. Besides you sitting there and feeling, “Good! Let ’em find out what it’s like,” how does it help you when somebody else has to pay more in taxes?
Now the honest answer is, it doesn’t help you at all. It doesn’t mean anything to the substance of your life. Zilch, zero, nada. The question you ought to be asking is, “I want to make $200,000 a year someday, and would I want to pay more taxes? Would I want to be hated for it? Would I want to be resented because I’ve worked hard enough to make that kind of money?” That’s what you ought to be asking yourself. You ought to ask yourself, “Why am I focused on this? What good is all this energy doing me? What good is all this energy doing my family to sit here and be gleeful and happy over the pain somebody else is going to suffer? What good does it do you?”

It doesn’t do you any good, and that’s exactly why John Kerry and other Democrats are doing this. They want you to feel resentful. They want you to feel good at the pain of others. They want you to not feel somebody’s pain. They want you to be gleeful at somebody’s pain. And that’s what this is all about, because they know there’s not enough money in this group to balance budgets or to close deficits or anything of the sort. Not with this kind of tax. This is simply a ploy to reach you emotionally and to reach the baser elements of your nature, folks. That’s why this is so insidious. The Democrats, who claim to have love and compassion monopolized, claim to care about people, are playing off your resentment and envy. 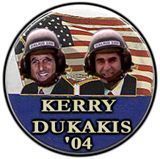 They want you angry. They want you fed up. They want you feeling like you’re getting even with somebody, when somebody you don’t even know gets their taxes increased. Meanwhile, you should at the same time start thinking about the economic impact of it, ought to understand what happens when government takes more of anybody’s money. Ask yourself what government has ever done to spur the economy, what government has done to create jobs for you, what government does that makes any of this that is this economic engine happen, and the answer is nothing.
All government can do is impede it, particularly with this kind of policy, raising taxes. Ask yourself why our economy is not in worse shape than it is. Imagine all that we’ve been through. We came out of a recession; we had the 9/11 attacks; we ought to be facing unemployment far worse than what it is. Do you realize unemployment today, unemployment today is the same level it was with Bill Clinton running for reelection in 1996? Were you all crying about unemployment back then and recessions? No, you weren’t. Now, I know (Kerry) doesn’t have to be president to raise people’s taxes. He can do it from the Senate.
He can ask anybody else to do it. But the fact is, he’s out promising to do it as president, and he’s using it as one of the cornerstones of his campaign. You know, so much of this, I said last week, “We’ve had this election before.” We had a Bush versus a northeastern liberal, Massachusetts liberal. We had this election in 1988, and we’re having it all over again. We’ve got elements of previous Democrat campaign. We’ve got Mondale running again now promising to raise taxes. This party is so stuck in the mud, this party is so stuck in the old days. They haven’t modernized, don’t know how to modernize, and it’s going to come back and bite ’em, or us, one or the other.
END TRANSCRIPT