But it was when he entered a sporting goods store that the real heavy-handed staged purchase took place. Yes, Kerry bought a jockstrap! (That’s an athletic supporter for those of you in Rio Linda.) This is about as bad as Rolling Stone touching up “the package,” if you will, of Algore’s cover photo during the 2000 campaign. 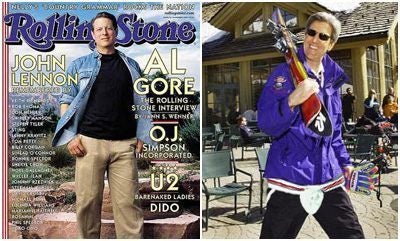 What have I always told you people about Democrats? They love and that is just another example of it. I am sure that the ladies in the audience came to that conclusion. No guy does that unless he thinks there’s doubt in a lot of ways. This is just too rich. Where’s that skit on Saturday Night Live? Want to see that? We’ll keep watching.
Seriously, to buy a in front of the media and the Secret Service! The message is, “I’m a tough guy, hanging well, and I need one of these babies.” It’s supposed to be reported and the women are supposed to swoon. That’s what’s supposed to happen. So I want you ladies out there, you babes, to understand that John Kerry is attempting to get your vote and appeal to you by buying jockstraps in public so word will get out.