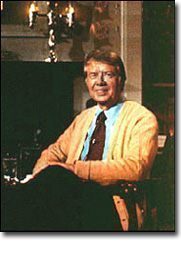 SAUDI AMBASSADOR PRINCE BANDAR BIN SULTAN: I think the way that Bob said it now is accurate. We hoped that the oil prices will stay low because that’s good for America’s economy and more important it’s good from our economy and the international economy. And this is not — nothing unusual. President Clinton asked us to keep the prices down, in year 2000. In fact, I can go back to 1979. President Carter asked us to keep the prices down to avoid the &lt;a target=new href=”http://www.americanpresidents.org/ram/amp120399_i.ram”>malaise&lt;/a>. So yes, it’s in our interests in America’s interests to keep the prices down.
RUSH: (Laughing.) And John Kerry is out there saying, [Kerry sing-song voice:] “Iiiif, as Boooob Woodward reports is true, that gaaaas supplies… Why, this is unacceptable!” John, you’ve got to check this out. (laughing) They’re just so eager to latch onto something. But here, Bandar bin Sultan has just destroyed any effort by the Democrats to make anything with this. I the fact he even said that [Bandar impression:] “Carter called in ’79 to help avoid the may-laise.” (laughing) I mean, this is how the world should look at Jimmy Carter and associate the word “malaise” with him, not Nobel Prize winner.[Bandar impression:] “This is nothing unusual. President Clinton asked us to keep the prices down in the year 2000. There was no deal! We do this all the time.” (laughing)

So let’s keep going. So on the Today Show today: Woodward is backing off now of the Saudi oil price story. The Saudis should lower oil prices, but it’s not an election deal with Bush, is what he’s saying. Now on the Today Show he’s talking to Matt Lauer, and Matt Lauer says, “Let me do this. Conversation was held between Prince Bandar in a meeting with the vice president, Donald Rumsfeld and the president. The president was concerned about the economy and oil prices in 2004, especially if the country was at war, and that the Saudis gave some assurances that they might help lower oil prices in this year 2004. Take me through that.”
WOODWARD: As we know, Prince Bandar last night when he called in to the Larry King show said my report in the book is fully accurate. He actually went to the White House I guess about a month ago and went out in the driveway on the White House and said the Saudis are going to try to get oil prices down below $30 a barrel. They have not done that. That’s all I’m asserting. You know, we are caught up in the abstraction of this about oil prices. People are paying an immense amount of money for their gasoline and they’re not happy, and the Saudis have said we’re going to try to do something. Maybe they should.
RUSH: , what a far cry from the way 60 Minutes tried to position this! Now, all of a sudden we’ve come now from the point that, “Why, it’s horrible! Do you realize the Saudis had a secret deal with Bush and Bush had a secret deal with the Saudis? They were going to lower gasoline prices right before the election to help Bush get reelected,” and of course everybody is supposed to have a reaction something like, “Those dirty swine! They’re going to collude to lower my gasoline prices? Why, who do they think they are? Right before the election? Screw that! I want $5 a gallon!” 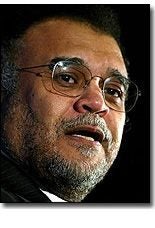 So all of a sudden because the that was the reaction the Democrats had, everybody, Bandar said, “Wait a minute, wait a minute, wait a minute, wait a minute,” and there’s another quote from Bandar in this CNN story. He says, “We always try to get incumbent presidents reelected. It’s stability. [Bandar impression:] We wanted Carter reelected, we wanted reelected.” They “go for incumbents.”
That’s what he said. I’m not… [Kerry sing-song voice:] “That’s outraaaageous! It’s unac-ceptaaaable!” So, anyway, the Saudis are the #1 producer. Turn the spigot on, they can lower the price, but they’ve got their OPEC buddies to deal with. They’ve got their own internal battles and problems to deal with, but the idea that gasoline prices would be brought down. Woodward now himself even has to say that no, this is — maybe they should do it. Maybe they ought to do something to bring the price down, people are paying more than they have for it. So this one’s not working out. You know, the problem is, folks, the reason why this stuff doesn’t stick — and I know you worry that it’s going to — the reason it doesn’t stick is we’ve got an honest, decent man in the White House.
He may make mistakes now and then, but he’s an honest, decent man. This kind of stuff doesn’t stick to him because it’s a lie, and they can’t peddle lies as truth and get away consistently. They just can’t. Not anymore. They may have been able to do so. I wouldn’t expect 60 Minutes to apologize for this report. So anyway, I wanted to get that out of the box. We’ll go back to Kerry sound bites in just a second. I wanted to get that out of the box because it’s still the focal point of today and people are still misunderstanding it but the bottom line is you just had the rug cut out from under Bill Clinton. Prince Bandar just destroyed Jimmy Carter by associating the word &lt;a target=new href=”http://www.americanpresidents.org/ram/amp120399_i.ram”>”malaise”&lt;/a> with him and just rendered this whole little appearance by John Kerry yesterday as just another in a long line of jokes that suffice as the Kerry campaign.
END TRANSCRIPT