Is It All About Sex?

“Western freedom means the end of women’s mastery by men.” Meaning that’s what the jihadists fear because they keep their women as slaves. He says nobody dares bring this up, but he’s going to today. Well, it was brought up by me yesterday. I now continue with the Krauthammer piece in progress.


Do you see why this interests me, Mr. Snerdley? Because you remember what I said yesterday about this. All right,
That would be some gum! Maybe Viagra can look into this.


Krauthammer does not know how close he is to this. I mean, he does, but he doesn’t at the same time. 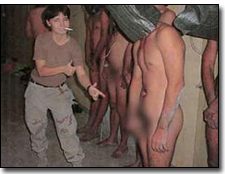 Now, Krauthammer’s point here is the reason this is really bad is because this is going to feed all these BS rumors coming out of Egypt and the Palestinian Authority that there is gum and all these others things that are making Arab men impotent and Arab women all-powerful; and so it feeds those stereotypes and it allows the people pedaling these stupid idiot stories to point out and say see, see, we’ve been telling you. So his theory is these pictures help the propagandists prove this idiocy. I disagree. I want to say this right now. I disagree. Well, it may do that, but I disagree that that’s a bad thing. Let’s put it that way. This is war.


All right, so just to recap, Krauthammer’s fear is that these pictures will allow the propagandists in the Arab world, the jihadist world, to point to their dumb peasantry and say, ?See? What we’ve been telling you is true! You let the Americans take over Iraq and this is what’s going to happen. The American women are going to be the models for our women and our women are going to rise up against you and going to have you on a leash. We’ve been telling you this.? He says this is a wrong signal to send.

I understand that thinking, but see, I have a different take on this, and I mentioned this yesterday and I’ll say it again. We’re all just speculating, but folks, I am never, ever going to be part of a pack mentality on anything; and when I see a pack mentality that gets going like this one did, as fast as this one did, I get suspicious and I look for something almost totally opposite of what the purported truth is, because I’m so suspicious and dubious of the pack mentality, especially when led by the American media today. And I am not of the impression, I do not subscribe to the theory, that the American military is a bunch of idiots, and I don’t subscribe to the theory that they are a bunch of boobs, and I don’t subscribe to the theory, without knowing, without having it proven, and we haven’t had the investigation on this yet, that this was a bunch of renegades running loose. It could well be that the whole purpose here, which has been said, was to humiliate these prisoners, and there’s no better

way of doing it than what was done. These are Arab males. What better way than to have a woman have authority over them.

What’s the purpose here? What’s the objective of this? The objective is to soften them up for interrogation later on. As I said there was no horror, there was no terror, there was no death, there were no injuries, nothing. And, given the profound fear of these jihadists and these prisoners, if you confront them with that fear, if you humiliate them that way, it might open them up. You might get keys to unlock what it is they have that they’re not coming forth with information-wise.

Now, I understand Krauthammer’s concern, and I understand that we have this compulsion about showing the world we’re nice and that they ought to like us and they ought to trust us and this, that, and the other thing. But, you know, we’re not over there preparing a propaganda film, we’re not over there — I don’t know. The whole thing here just troubles me because what could have been, or what could be — actually something pretty smart — is being cast now as one of the biggest, most egregious mistakes that’s ever been made.

How many of you have heard the clich?s and stereotypes that what we ought to be doing is dipping bullets in pig blood and threatening to shoot them with that because they hate pigs? Have we done that? I guess there would be the same outburst, I guess there would be. But who are these people? I mean these are the people who have spent their lives trying to kill us. And many of the people in this prison are those who have more than likely committed some act of aggression against Americans in Iraq, or they’ve committed acts of aggression against other Iraqis. They’re there for some degree of criminal activity.
So on the other hand, and I just want to remind you, this is Krauthammer’s piece on sex. On the other hand, what you have here — and I mentioned this yesterday — if you look at these pictures, you cannot deny that there are elements of homoeroticism and as was stated by a woman, and I forget her name, column on National Review Online yesterday, her point was I’ve seen stuff like this on American websites. You can find these if you have the passwords to these various porn sites, you can see things like this; and her point was maybe the kids, the soldiers, guards, whoever, who are in a certain age-group who

have grown up with access to this are simply acting out what they’ve seen on websites or something, just for the fun of it, or maybe other reasons.
So now you’ve got Hillary Clinton calling what’s in these pictures revulsive. You’ve got liberal Democrats saying what’s in these pictures is unconscionable. You’ve got liberal Democrats saying that this is horrible, this is inhumane, how dare they do this. And I’m just saying, it’s quite possible, not saying probable, but it’s possible they could end up eating those words someday. We’ll just have to wait and find out, and find out we will.
END TRANSCRIPT