RUSH: You know, there’s been a lot of talk lately about indecency on radio, and the word “censorship” has been flying around particularly involved to our old buddy Howard Stern. When radio station owners decided that they didn’t want to air what the content of Stern’s show is, why, all hell broke loose! Why, you would have thought the Constitution had been shredded, and the radio stations owned by Clear Channel that made this decision were shouted down and accused of all kinds of horrible, little rotten things, and censorship was flying around, and then the press picked up on this notion that it was all being done because the Bush administration had sent orders out to get Stern wiped out.

In the meantime, Stern has not been censored at all. He’s been canceled on some radio stations and others in those markets can pick up his show if they want to. But let me tell you about real censorship. Yesterday in Washington, a United States senator by the name of Tom Harkin introduced an amendment to the ’05 Defense Appropriations Bill. This amendment, offered by a United States senator, has as its intention removing this program from the Armed Forces Radio Network. This, my friends, is censorship. This is the United States government intruding on the First Amendment. 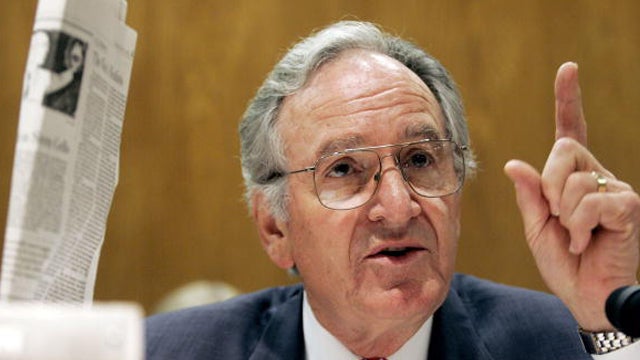 This is all the result of this little website that the Democratic Party has established under the guise of it being a private foundation or whatever, but this is Democratic Party money, that put up a website that has resulted in this letter that you may have heard about to Rumsfeld demanding I be taken off of Armed Forces Radio because this program is “propaganda,” and why is this program propaganda? Because the things I say on the first hour of this program can poison the minds of soldiers. Because the soldiers in Iraq and Afghanistan who might listen to this program are hearing what I am being told or what — what’s being accused, what I’m being accused of saying, which I didn’t say in context about these prison photos and for this reason Tom Harkin, a good Democrat responding to the Democratic — make no mistake this is the Democratic Party. This is not an individual with a brilliant idea to start a website. It’s not an individual with a brilliant idea to start a radio network. This is the Democratic Party.

Every few weeks or so we get a new institution designed to negatively impact this program and the latest incarnation of this is a United States senator, Tom Harkin, introducing an amendment to the 2005 defense appropriations bill to get this program bounced off of Armed Forces Radio on the basis that this program is propaganda. A one hour program out of the hundreds of hours of programming that they offer on Armed Forces Radio. This is censorship. This has nothing to do with the FCC. This has nothing to do with indecency. This has nothing to do with a private corporation deciding it doesn’t want to carry somebody’s radio program for whatever reason. The only outfit that can censor anybody is the U.S. government, and that’s why the First Amendment says what it says. Now, we’ve abridged the First Amendment once in this country recently with campaign finance reform. Now Senator Harkin seeks to do it again.

Now, the point is, they will say in response, “We’re not trying to get Limbaugh bounced. We just want balance.” There already is balance. But they’re making no effort to get a liberal program carried. They don’t need to. They’re all over Armed Forces Radio, and I’m not being critical of that. It’s just the way it is. In fact, Byron York, when this all got ginned up a couple I guess three weeks ago now wrote a big piece at National Review Online. [Talking to webmaster] Koko, see if you could find it and link to it on our website (story), detailed all the programming that’s on the Armed Forces Radio Network. I mean it’s stunning, the idea that the Armed Forces Radio Network is all me. (schedule) 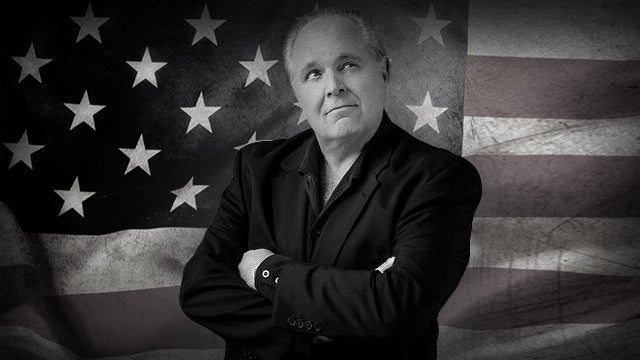 I just wanted to let you know that this is happening. There’s an actual news story about this today that I purposely buried in the stack because I want to get into it later. These other things take precedence over this, but I just wanted to remind you now that when all this was happening with Stern, the whole national media took up. The LA Times wanted my opinion about it in a column, all the media was doing stories on, “Oh, woe is Stern. Here comes censorship.” Remember that? Here is real censorship, and you’re not hearing a word about it from the media because they probably think this is good. They don’t think anything is wrong with this whatsoever. And I wouldn’t have even known this amendment had been offered had it not been for the Cybercast News Service, Brent Bozell’s news service, that ran the story yesterday or sometime this morning.