Now, that tells me something, and it scares the hell out of me, that we’re going to sit around and we’re going to wait to be attacked, but by God, when we’re attacked, we’re going to call the UN and then we’re going to kick ass! Well, what are we going to do to ? He didn’t address that. Every attack will be met with an appropriate response. Okay, so we got these Neighborhood Watch groups. What are they supposed to do, report burning buildings? Seriously, what are they supposed to do? If they see suspicious characters and they call it in, if they get the wrong person, that person is going to think, “Racist, sexist, bigot, homophobe! What do you mean, just because somebody looks like a terrorist that they’re a terrorist? Who gave you the right to judge people, to impose your morality on people?” Meanwhile, if the building goes up in flames then the Neighborhood Watch people are going to call somebody? We’re gonna dispense with the color-coded warning system because it’s too confusing and we’re going to have Neighborhood groups?
Watching what, folks? This is a serious plan? and I’ll tell you something else. It is becoming more and more obvious by the just how serious this threat is. It’s all over the mainstream press. They can’t ignore this, folks. The press, the elite media, cannot ignore this any longer. The plans that these people have for New York City alone, hijacking tourist helicopters now, limousine bombs. These plans — and guess who blew the cover of an inside agent? It wasn’t somebody on the Bush team giving up the name Valerie Plame. It was the New York Times who gave up the name of this Al-Qaeda computer whiz that the British were using in a sting operation. The Bush administration did not give up the name of this guy Khan. The New York Times published the name, and the administration had no choice but then to confirm it the next day.
The New York Times blew the cover of a CIA agent or not an agent, but somebody who had been corrupted and co-opted by the good guys, and this Al-Qaeda agent, this computer whiz, this hacker, was conducting a huge sting operation, trying to lure all of his allies in, and the operation’s blown, and that’s why everybody moved in fast, the Brits and everybody, to arrest these guys. It was sooner than they wanted to do it, and it is from that sting operation that all this data that last Sunday, a week ago yesterday was finally disseminated and the threat level went up and Howard Dean and a lot of Democrats, “This is purely political.” Well, the fact of the matter is this threat is serious. It’s as serious as it’s ever been, if not more so, and you’ve got it being treated un-seriously by the Democratic presidential contender. This is John Kerry who doesn’t even show up to intelligence committee briefings, and now wants to starlight this Neighborhood Watch group that’s supposed to tell us what’s going to happen. 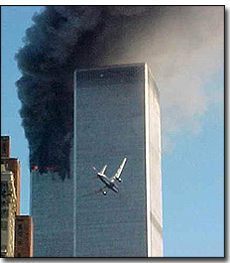 This is just, just stunning. Well, the press ignore this. We have to remind people that it was the press last week that endorsed Howard Dean’s view, then Kerry jumped on the Michael Moore bandwagon by adopting that line about Bush doing nothing for seven minutes while we learned that Kerry admitted that he couldn’t even think for 40 minutes. There is one candidate out there who understands the threat. There is one candidate out there who is fighting the threat, and another candidate and his supporters who don’t. It’s almost like the Cold War all over again. Back then the liberals tolerated the Soviets. They opposed efforts to defeat the Soviet Union, claiming it could never be done, we needed, you know, “a peaceful coexistence” with these people. You know, people don’t remember this because the bad guys are gone in this case.
They get away with writing history about Gorbachev bringing down the Soviet Union on his own, or the economy, or events outside Reagan’s control yet they fought. They fought the efforts to get rid of the Soviet Union every step of the way just as now they appear to be fighting and opposing our effort against terrorism every step of the way while claiming otherwise, and coming up with sound bite pansy little worthless proposals to deal with it like changing the color-coded warning system or Neighborhood Watch groups. You know, it just boggles my mind to watch all this unfold before our very eyes, because this threat, folks, make no mistake about it, has not gone away. Just because there hasn’t been an attack on this country since doesn’t mean that. There may be some good work being done but, you know, it’s tough to tell our good stories — other than when the New York Times blows the cover of a guy conducting a sting operation.
BREAK TRANSCRIPT

RUSH: Here is Donna in Cleveland. Nice to have you on the program, Donna. Welcome to the EIB Network.
CALLER: Hello, Rush, it’s an honor to talk to you.
RUSH: Thank you.
CALLER: I just was calling because, you know, I think either the first or I think the second day after Edwards was picked, of course, Kerry and Edwards showed up in Cleveland, flanked by our mayor, Jane Campbell and I am a Block Watch captain in Cleveland and Cleveland has recently experienced significant layoffs of its safety forces. I live right in Cleveland. I used to work for the city, so I bought a house in the city, and I’m still there, and through the years we’ve had an ongoing drug trafficking problem near my home, so my neighbors and I have banded together and we’ve tried to create as cohesive a Block Watch group as possible.
RUSH: Oh, so that’s what — you’re a Neighborhood Watch captain?
CALLER: I am. I am guilty. So I just wanted to let you know one of the ways that our mayor, Jane Campbell thinks is a good way to deal with drug dealers in the neighborhood: A, laying off police officers and safety forces, but if you have drug dealers who park in front of your house for any length of time —
RUSH: Ma’am, we’re talking about — okay, go ahead. Go ahead and finish the story.
CALLER: — turn on the sprinkler. You turn on the sprinkler and then they’ll move along, because if you call the police department, with the layoffs, the response time is ridiculous, because the trafficking is low. So what I’m saying is, is that John Kerry’s approach, it’s not new. It’s not new.

RUSH: My point is that John Kerry’s approach to the war on terror is fatuous. Drug dealers are one thing, but we’re supposed to scout out terrorists that are going to blow up a building and report them to somebody. With the way the liberals think, if you notice anything about anybody that by virtue of their appearance that would ID them as a terrorist, you’re guilty of bigotry. I just don’t understand it. It’s silly. Now, I can understand for neighborhood crime having what you do these groups are functional and good, but this is just sophistry. It’s absolute sophistry to have this as a central theme of fighting the war on terror. Neighborhood Watch group to watch the Citicorp building in Manhattan? The IMF? The World Bank? You know, we just learned that these guys want to hijack tourist helicopters and limousines. Okay, so the Neighborhood Watch group at the IMF sees limousines pulling into the IMF I’m sure all the time. What are you supposed to do, call the Kerry campaign? “I just saw a limousine show up!” I mean, it’s silly. It’s absolutely silly. I appreciate the call, though.
END TRANSCRIPT