Partisan Press Nothing More Than a Transcript Service for Kerry/Edwards

EDWARDS: Do I seem soft to you?

EDWARDS: I don’t think so.

cold-hearted, mean-spirited, racist, sexist, bigot, homophobes and it’s flat-out BS. Just go look at the debate the other night and go look at these two campaigns and ask yourself which of the two campaigns is the more extreme, which is flat out meaner? Which is being more vicious? Which is acting confident and upbeat, and which is speaking in measured tones and is not throwing out all kinds of baseless, mindless insults. Kerry again called the president a liar, after saying in the debate he never has and never would. Is calling him a liar over Iraq and misrepresenting what went on there after we “won the peace,” didn’t have a plan to win the peace. They can’t get off of this no matter how hard they want to or try, they just can’t leave it because it’s about the only thing that happened.

There’s also something fascinating that happened last night on Hannity’s show on Fox. They had one of Kerry’s chief spokesmen. It wasn’t Tad “Perhaps a Tad Too” Devine, no, it was Michael Meehan. And Sean just focused on Kerry’s 20-year voting record and started asking — Meehan is supposed to be on for two segments — just ran down Kerry’s voting record, and Meehan had no answer for it, ended up calling Hannity a liar and walked off the show, did not come back for his second segment. These guys cannot defend themselves. This is why I say that these debates need to go on the offensive, need to talk about who Kerry and Edwards are and how they’ve voted and how they’ve been as senators. They cannot defend themselves. When your lead spokesman walks off of a show. When your lead spokesman walks off the leading cable television show at that time of night with a chance to persuade people because he can’t answer simple questions about his candidate’s voting record what does that tell you what the strategy ought to be?

This notion that Cheney is this mean, gruff, rough — he speaks so softly you gotta turn the volume up to hear him. You watch in this debate tonight, you’re going to have to turn the volume up. I mean, how can you have a guy, monotone they claim, this guy actually is more like a teddy bear if you want to know the truth about it. Now, he’s tough nosed and knows what he believes and is not afraid to say it, but since when does decisive make you an SOB? I guess it does in much of America today. 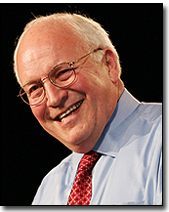 Yeah, dour and all that, he doesn’t smile. This guy’s got one of the driest wits that you’ll ever see. This guy’s got a way of nailing you before you know you’ve been nailed, and he’s smiling while he does it. He’s not dour. Everything in this campaign is 180 degrees out of phase and I’ll tell you why. It is because the mainstream press is a transcript service. I want this burned indelibly into your heads. I want you telling you all your friends, I want this spreading around, the mainstream media anymore, they don’t report, they transcribe. They transcribe what the Kerry-Edwards campaign says and they regurgitate it, they repeat it even when what they’re saying has been proved untrue they continue to repeat it, well, that’s what they’re saying is their excuse.
Well, what if what they’re saying is wrong? Well, that’s stuff for other people to decide. Well, how come you assume Bush is lying everytime he says something? Have you noticed the New York Times, the Washington Post, virtually any mainstream press organization every day, day in, day out, criticism of Bush, Bush lied, Bush did this, Bush misrepresented, Bush is incompetent, does anybody see any criticism of Kerry? Yes. Only one kind. They lament how horribly he was doing before the debate. The only criticism of Kerry is, “Why isn’t he winning?” The only criticism we got the Kerry is why the hell can’t he do better, why can’t he make mincemeat out of this idiot from Texas. They never criticize what Kerry is, what he stands for, what he says, what he believes, this 20-year Senate voting record, they never, ever criticize a thing Kerry does because they’re in the business of transcribing what they say and passing that off as news.
END TRANSCRIPT