CALLER: Yes, Rush? Can you hear me okay?

CALLER: Yeah, okay, I was just wondering if you just sit back and every now and then say to yourself, “Hmm, let me see who I can tick off now? I’m on upset about your comments about multiculturalism classes because it’s obvious you have no idea what they teach in those classes.

RUSH: Yes, I do. I know exactly what they teach, and I know who’s teaching it, and I know why — and I don’t sit around and think about how many people I’m going to tick off. I already know.

CALLER: No you don’t know what they teach. When is the last multiculturalism class that you went to?

CALLER: Okay, then how can you sit there and tell me? 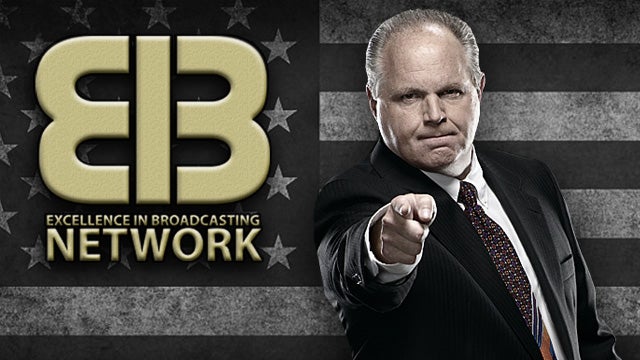 Well, there’s a distinct American culture and people that emigrate here used to acculturate to that distinct American culture. What multiculturalism is, is Balkanizing this country. People are coming here from various parts of the world and they’re bringing their cultures with them and the multiculturalists are saying, “Your culture is better than the American culture. The American culture is discriminatory it’s racist, sexist, bigot homophobic. It stinks! You maintain your own culture here and we’re going to join together in a political agreement and mass organize so that we can change this country and get rid of the white domination,” or what other kind of domination they see out there.

That’s exactly what it is. Totally. How else do you explain the fact that white Europeans brought to the country racism, sexism, bigotry, homophobia and syphilis? How else do you explain the curriculum in high school that all these groups are cheated against and don’t have a prayer because corporate America is so busy polluting that they’re not going to hire people that can do the job if they’re not the right X color, X sex, X gender or what have you? That’s what multiculturalism is — under the guise of helping us all to understand one another. Well, I would tell you, I would venture to say that the country is not “understanding each other” all that much. Multiculturalism is also telling us that if an illegal immigrant wants to come here to improve his life “then he’s crazy because this is America, but if he wants to come here who are we to say no?” So they make all this sympathy for people breaking the law in terms of immigration.

I know exactly what the multicultural curriculum is and I know who these people are. I’ve listened to them speak. I’ve watched their seminars on C-SPAN. I know exactly who they are, and I know why they’re what they are. They’re angry. They’re failures. They haven’t made it in this country, and they’ve got bitterness about it, and they’re taking it out on their students. We’ll be back after this. I’m glad you called.

RUSH: All right, so multiculturalism and “I don’t know what I’m talking about,” right? By the way, to answer her question again – “Do I sit around here and think about who I’m going to tick off?” – No. I know who I’m going to tick off. I didn’t sit around thinking about it. I don’t think about anything like that at all. I’m just telling you what it is, and if you don’t like it, I know you’re going to get ticked off but I’m not trying to make people mad. I never have done that in my whole life. I don’t know how to do that. Multiculturalism. We also have classes in multiculturalism on why we must understand why the terrorists hate us. “Yes, we must understand this. It could be our fault.”

I have a story here from the Christian Science Monitor. Headline: “A Classroom as Big as the World.” Wait till you hear this. “It’s the eve of the Iraqi election. And in Aaron Becker’s classroom, preparations are in full swing. Israeli hip-hop music plays in the background as the Islamists and the Royalists put finishing touches on promotional materials, and members of the Kurdistan Democratic Party search for Kurdish hats. Then the speeches begin. Iraqi National Congress representatives plead for a democratic Iraq, a speech by el-Dawa is peppered with Islamic references, and the Iraqi Democratic Party explains why delaying the election six months would allow all Iraqi citizens to participate.

Here at Evanston Township High School, it’s a surprisingly typical scene.” And, by the way, “delaying the election six months would allow all Iraqis to participate”? Where the hell would that garbage come from? That came from people like Jimmy Carter (Watch the Malaise Speech). It came from people like John Kerry — who served in Vietnam, if you’ve forgotten and still hasn’t released his medical records, his medical file. (story) Now, the point here is that that is a leftist idea and is being taught here in this school, Evanston Township High School.

“Ever since the school instituted a global studies requirement in 1988, international history, culture and foreign policy have infused the curriculum to an unusual degree. Even the after-school program – with Model United Nations, Islamic Awareness, and Japanese Tea Ceremony – has a global flair. But that global flair makes the Evanston school somewhat of an anomaly in the United States. The scope of most of the nation’s schools remains largely limited to the US…” Golly! Do you believe what you’re hearing? It’s a complaint. “The scope of most nation’s schools remains largely limited to the US — or at least to western civilization.” If you don’t think multiculturalism is going on out there or you don’t know what I’m talking about, try this little bag of news! The kids at Evanston don’t know anything about World War II; they’ve probably never heard the name Adolf Hitler, but they know everything there is to know about the UN ( Scandals: oil-for-food | rape | Rwanda ) and all of its efforts. Don’t tell me that multiculturalism isn’t going on out there, because it clearly is.

This is the Christian Science Monitor today: “Students learn about the battle over Chechnya, or take part in a mock peace conference on Kashmir. The international focus goes beyond social studies, trickling into the arts and languages, which include French and Spanish, as well as German, Hebrew, and Japanese…. More states are now paying lip service to global studies, and mention them in state standards, but that doesn’t always translate into action in the classroom…. He’ll talk to US history teachers about the influence of the French and British on the founding of America and to science teachers about how units on wildlife migration, nutrition, or disease can be expanded to have a global viewpoint.” I’ve read the story from front to back, and I haven’t seen a word here about American studies. Point proven; case made. Janet in Naperville, Illinois. Hi. Welcome to the program.

CALLER: Hey, Rush, it is so good to talk to you. Thanks for taking my call.

CALLER: I am so glad you gave it to that caller earlier because you were absolutely right.

CALLER: What we saw here in Naperville was we pulled the sixth graders together and gave them a handout called The Myth of the Melting Pot and they told the children that America is not really a melting pot because some ethnic groups are meltable, and it was complete with quotes from Reverend Jackson. (Scoffs) I was just stunned, and I set my son straight and told him, “No way. You know, anybody who is willing to work hard in this country can make it. That’s what America is all about.”

RUSH: Janet, I have about two words for you.

RUSH: Aside from “thank you.” Private school.

CALLER: Yep. I agree. I’m working on my husband.

RUSH: Well, just have them go to my website today and look at this call and my response and your call. Look at this Christian Science Monitor story. Evanston, Illinois. It’s all happening in your state today.

CALLER: It’s our lovely blue state. That’s what we get.

RUSH: I just got an interesting question in e-mail. “Hey, why couldn’t we hear what Rachel says what she thinks multicultural classes are?” So I wrote back quickly. I said, “Because I already know what they are, and I can tell it better than she could. Besides, she didn’t know what she was talking about.” An important thing for everybody to remember, as I close the program: There is no First Amendment on this show. You do not have the right to say whatever you want, and nobody has the right to hear you. I’m a benevolent dictator, and I make those decisions.