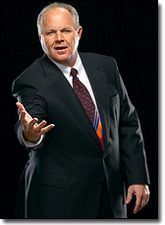 RUSH: So Bush is going to give a big speech on the war tonight at Fort Bragg, North Carolina. The media keeps touting all these negative poll numbers and they keep talking about the importance of the speech. But so far, at least as I know, only ABC says they’re going to carry it. Cable nets are going to carry it, of course, if they can find time to break into the Natalee Holloway mystery. They will carry it, but the broadcast networks so far only ABC. Have you heard anything else, Mr. Snerdley, to contradict this? I haven’t, either, but I haven’t really checked in the last hour. So much for public interest. I mean, the networks sit there and beat Bush up over the war, so he gives a speech, but they’re not going to cover it. As we mentioned earlier, we’ve got two polls on this. Well, actually one and a half polls on this. But since the president’s speech is tonight, the media has inundated us. “Flooding the zone” is what the term for it is. We’re flooding the zone. The media is flooding the zone with all these stories about failure in Iraq, the American people hate Bush. They don’t like Iraq. They don’t think we should do anything in the war on terror. Halliburton is overcharging Americans for its services in Iraq. It’s just a never ending cacophony today of anti-Bush, anti-US effort stories. First up, the CNN/USA Today/Gallup poll.
“The number of Americans disapproving of President Bush’s job performance has risen to the highest level of his presidency according to a poll released yesterday.” Now, remember what polls are, folks, polls are just editorials. That’s all they’ve become. They’re not even news stories anymore. They are editorials. “According to the CNN/USA Today/Gallup poll, 53% of respondents said they disapproved of Bush’s performance compared to 45% who approve. The margin of error plus or minus three points. As Bush prepares to address the nation Tuesday to defend his Iraq policy, just 40% of those responding to the poll said they approved of his handling of the war, 58% said that they disapprove. The approval rating on Iraq, unchanged from a poll in late May, the disapproval figure marked an increase of two points.” All right, so what do we have here? CNN/USA Today/Gallup, let’s see, what is it, 40% approved of the handling of the war, 58% say they disapprove. All right, let’s go to another poll. The media floods the zone today. The ABC News Washington Post poll. Their headline: “Survey Finds Most Support Staying in Iraq.” Let me summarize this poll for you: A solid majority in the ABC poll say we should stick it out; 52% say the US is more secure for the efforts there. Despite news coverage, 53% are optimistic about Iraq, and 51% think this war contributes to the long term stability of the Middle East. Solid majority, 52%, 53%, 51%, you go over to the CNN poll and you find just 41% say they approved of his handling of the war. Survey found that only one in eight Americans currently favors an immediate pullout of forces, while a solid majority continues to agree with Bush that we must remain in Iraq until civil order is restored; 52% believe the war has contributed to the long-term security of the US.
Despite the almost daily suicide bombings and mounting casualty rates, 53%, a majority, now say they’re optimistic about the situation in Iraq, up seven points from the December poll. I would say despite the almost daily suicide bombings and mounting casualty rates. I would rephrase that. Despite constant negative news coverage, 53% are optimistic about Iraq. That’s the way to phrase this, because this business of daily suicide bombings and mounting casualty rates is the story. That’s the lead every day for the press and that’s the only template that they are reporting. Now, this is the Washington Post version I just read you. The ABCNews.com analysis gives us an even better read on the public here. “A sense of obligation balances negative public views on Iraq. Despite broad concerns and sharp criticism of the administration’s performance, nearly six in ten Americans say US forces should remain in place until civil order has been restored there. That expression of resolve works to President Bush’s advantage, as he prepares to address the nation on Iraq as does a slight improvement in some bottom-line measures. Should we stay or withdraw? 58% say stay there; 53% say the war is not worth fighting. That’s eased a bit from its record high: 52% now say the war has improved long term US security and 53% are optimistic rather than pessimistic about the prospects for Iraq in the next year, and 56% see the war in Iraq as part of the broader war on terrorism, a basic administration position.” 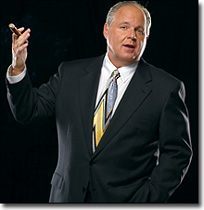 I guarantee you the ABC people have to be disgusted with the results here because they’re looking at this thing, “Well, people aren’t watching us, then.” If the result is that 56% see the war in Iraq as part of the broader war on terrorism, a basic administration position, then ABC’s news division has to be saying, “Where are we going wrong? How are we failing?” and the answer is: There’s not as many people watching. A-hem. The public is far from demanding immediate withdrawal from Iraq. Indeed a minority, 38%, say the level of forces should be decreased, down slightly from 44%. Only 13% favor an immediate pullout. Only 13! Now, what is the Democrat position on all this? The Democrats are the exact opposite of all these numbers that represent the public in the ABC Washington/Post poll. But I find it striking the difference between this poll and the CNN poll. The CNN poll couldn’t be more at odds with the ABC poll. Again, the CNN poll, USA Today/Gallup, 40% of those responding say they approved of his handling of the war, 58% said they disapproved. “Despite the ongoing suicide bombings targeting civilians nearly seven in ten Americans think the Iraqi people are better off now than they were before the war and 74% think they’ll be better off in the long run. The overall optimism measured in this poll is pushed into a majority by Republicans; 84% are optimistic about the situation in Iraq over the next year. Optimism is 46% among independents, 34% among liberals, 72% of conservatives are optimistic, 51% of moderates and just 30% of liberals are optimistic,” but that’s not just about the war. You have 30% of liberals — I’m surprised it’s that high. Most liberals are not optimistic about anything.
That’s part and parcel of being a liberal, you can’t be an optimist. You’ve got to be filled with doom and gloom and pessimism and fatalism to be a liberal. Where your country is concerned you do, and then the San Francisco Chronicle actually repeats or publishes an analysis piece by Marc Sandalow, Washington bureau chief of the Chronicle. It’s a news analysis piece and the headline: “A critical moment for Bush Iraq policy — As war support ebbs, president expected to rally nation tonight.” We don’t see it ebbing here, Mark. I mean, we do in the CNN poll. We don’t see it ebbing in the Washington Post poll. I think the president may rally people, but he’s not going to come up with anything new. He’s just going to be consistent. He’s not going to apologize. He’s not going to do a mea culpa. He’s not going to admit mistakes. He’s not going to say, “We mis-planned that,” or, “We goofed up that.” He’s not going to do any of that, and as such tomorrow — well, tonight in the postspeech analysis — the media is going to be fried. The media will be livid, “Bush still doesn’t get it, Bush is still a blockhead.” Just one little line from this story: “Even as he tries to rally a nation increasingly skeptical about the war’s progress, there is no signal from the White House that Bush plans to offer a new direction, acknowledge missteps or reach out to critics.” Let me rephrase this: “There is no signal from the White House that Bush plans to offer a new direction, admit mistakes, or reach out to Dick Durbin,” and why should he? As I said in the previous hour, I think whatever information is in the polls is driving the president to make the speech. He’s not going to change policy based on it. The polls are not going to change his policy, they never have, and they’re not going to now, but look at what Marc Sandalow from the Chronicle is hoping for. “No signal from the White House that Bush plans to offer new direction or acknowledge mistakes or reach out to critics,” meaning this president is going to still ignore us in the media. He may be giving a speech, but he’s going to pay us no attention whatsoever, and he will fry for this in the coming days. That’s what it means.
END TRANSCRIPT