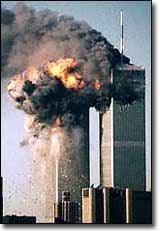 RUSH: Yesterday afternoon on the Fox News Channel, Martha MacCallum was talking to Barbara Boxer — and this whole interchange was fascinating. Barbara Boxer, refusing to say here whether the war has been worth it, and still harping on this whole notion that Iraq had nothing to do with bin Laden, and that there wasn’t one terrorist cell in Iraq, and that’s totally incorrect. If you’ve been to RushLimbaugh.com you can see two pdf files (PDFs: Page 1 | Page 2) of the Limbaugh Letter from July 2004 that document the ten-year linkage between Al-Qaeda and Saddam. Nobody’s ever asserted that Saddam had anything to do with 9/11. The president hasn’t asserted it. He didn’t assert it on Tuesday night. Nobody’s asserted it. You cannot ignore it. The 9/11 Commission, in its report, I don’t know how the press misses this. Yes, I do know how they miss it. They don’t want to see it. Thomas Kean himself said there’s no denying the link between Al-Qaeda and Iraq, a long one. They don’t want to hear it. They don’t want to see it. They don’t want to report it, and neither do the Democrats. So here’s the question. MacCallum says, “I think this is the central question here, whether or not all of this in Iraq has been worth it. Do you believe it has not been worth it?”
BOXER: We went into a country that, according to the state department, the Bush state department at the time, did not have one cell of Al-Qaeda terrorists in Iraq. There were more terrorist cells in America than there were in Iraq. Now it’s a haven for the terrorists. We have made a mess of it. We’ve never had a plan and last night the president was eloquent and I appreciate his compassion and, Good Lord, we all feel it deeply in our hearts and souls. But where’s the plan for success? We didn’t hear it, it was more of the same, and I was very disappointed.
RUSH: So MacCallum said to Boxer, “Well, look, why do we have to separate Iraq from the war on terror when bin Laden doesn’t? Bin Laden is not making that separation,” and Boxer then starts trying to bully Martha MacCallum. This is how this sounded.
BOXER: If you and the president want to follow the advice and the words of Osama bin Laden, be my guest.
MACCALLUM: I don’t think that’s the issue here. I think —
BOXER: Let me make my point. I want to get him, and because we turned away —
MACCALLUM: But you’re suggesting that Osama bin Laden is saying–

BOXER: Because we turned away — if I might finish — because we turned away when we almost had him by the way, and we went into Iraq where there wasn’t one terrorist cell, we blew it, and now we’re quoting Osama bin Laden? Please.
RUSH: Yes, we are quoting Osama bin Laden because you’re not correct. We can rely on bin Laden’s words. He says he had a relationship with Saddam and a relationship with Al-Qaeda. We know all kinds of things. The Democrats don’t want to face it, don’t want to admit it when it’s right in front of their face. “Now we are quoting bin Laden?” It’s better than quoting you. Bin Laden is a better source in what he’s doing than you are, Senator Boxer — and this business, “We almost had him”? You know what that’s a reference to: Tora Bora. “We had him. We had him in the mountains of Tora Bora but we blew it.” Let me tell you when we had him, Ms. Boxer, is when your hero, William Jefferson Blythe Clinton of the Clinton Library and Massage Parlor in Little Rock was offered bin Laden three different times by the government of Sudan and said, “Ah, I don’t think we have a legal reason to hold the guy. I think we gotta let him go. I can’t take it,” and Clinton’s admitted this in front of an audience. Yeah, we almost had bin Laden once. Tora Bora. Let’s blame Bush for this. So, Boxer tries to avoid the final question here. The question is, “One more quick question. You’ve been criticized by Senator McCain and others for talking about a timetable to pull out, indicates a na?vet? about war that to even to talk about a timetable to get out is undercutting everything our troops have worked for.” 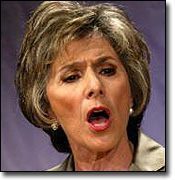 BOXER: You’re putting words in my mouth and I think in Senator McCain’s mouth because I don’t ascribe to a timetable for our getting our troops out. What I have suggested is what General Newbold has suggested, which is a goal for when we can achieve success. You never heard that from this president, you know? It’s too bad.
MACCALLUM: I’m sure he would say he tried to lay that out last night.
RUSH: That is an excellent response. How many reporters are going to sit there and disagree with a senator? I’m sure he would say he laid it out because he did lay it out. You know, she’s trying to bully her way through the interview and this reporter at Fox wouldn’t take it. I mean, the president has never misled anybody about this. The Democrats are out there calling for a pullout. They are wanting a timetable. Everybody is commenting on how asinine and stupid it is.
END TRANSCRIPT