Terrorists Are Not the Equivalent of Our Founding Fathers

RUSH: Last night was quite interesting, when the subject of Karl Rove and his comments about liberals and how they view terrorists was discussed on some of the cable shows last night. Let’s go back to Wednesday, June the 15th. Listen to what Karl Rove said that still has them in a tizzy out there, a portion of his remarks at the fund-raiser in New York City for the conservative party of New York.

RUSH: Now, there has been hell to pay for this. Liberals demanded that Bush fire Rove, that Rove resign, that Rove apologize. The same people who didn’t have a word to say about Dick Durbin’s outrageous comments about Club G’itmo. So to just give you an example of what Rove meant and what he was talking about, we can go last night to MSNBC’s Hardball with Chris Matthews talking to NBC News veteran John Palmer. 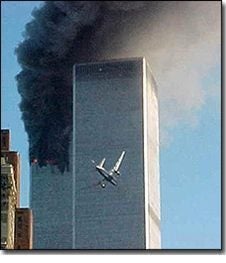 MATTHEWS: Why is it significant that a young person in their twenties would — who is involved in politics to the point of being elected president of their country would not have been involved with their politics back in the, uh, the hostage taking, where that was the center of — of Iranian, uh, politics at the time?

RUSH: What Matthews is talking about here is the new president of Iran is just a young guy in his twenties interested in politics. Where else was he going to be but right in the middle of the hostage taking? A lot of people in the mainstream press turned over every rock they could to try to suggest that the new Iranian president was not part of the hostage takers and not one of the guards, not one of the bad guys during the 1979 hostage crisis and even if he was, so what? It was so many years ago, a young idealist in his twenties. These people can change — and this is precisely what Rove is talking about whether this guy was part of the hostage crisis or not, he’s the new president of Iran, and he’s a hard-liner, and about Iran’s nuclear program, this new president has said, “I’m proud of it. I’m not going to make any bones about it. I’m not going to try to convince people we don’t have it. We do have a nuclear program. It’s going to go online soon. We’re happy about it.” What you have here is an effort, and Matthews typifies it here, to downplay the dastardliness, to downplay the degree to which our enemies are evil or bad people. You know, it never ceases to amaze. No matter how hard the liberals try they just can’t seem to avoid blaming this country or trying to defend or explain why an evil leader is not such a bad thing. “Just because we say it, so what? He was a kid in his twenties he grew up, why wouldn’t he be involved in politics then? So what?” So we want to offer them therapy, meaning, “We want to understand them. We don’t want to be quick to condemn them despite the historical record.” You gotta hear this next one to believe it. In this next bite from Hardball as well. John Palmer compares hostage taking of Americans in Iran to being in the Peace Corps. Chris Matthews compares the Iranian hostage takers to the American revolutionaries, and then Palmer calls America the evil empire. Listen to this. This is an exchange between Chris Matthews and NBC’s veteran reporter John Palmer last night.

MATTHEWS: Why would Iran, a revolutionary government still, deny the participation of their new president in the first act of revolution?

PALMER: That is a very good question because you would think that’s — that’s like being in Peace Corps —

PALMER: — if you’re running in this country —

MATTHEWS (interrupting): Being in the American Revolution.

PALMER: Right, you proved your mettle when you were a young man against the evil empire.

RUSH: Ugh. (Laughing.) I know what they’re trying to say, but they can’t help themselves. They’re trying to speak from the Iranian perspective, but they don’t understand how most people are going to hear them when they talk. But to compare the hostage takers in 1979 to the Peace Corps? I don’t get that analogy, and, of course, it’s like being in the American Revolution? Once again, this moral equivalence, “Why, hey, we can’t say Iran is a bad place. We can’t say Saddam was a bad guy because look at what we’ve done.” There’s always this hand-wringing and it always comes back to the fact that America stinks, too, that America somehow isn’t any good, and, you know, the people of this country know that that’s not true, this is the greatest country on earth, not perfect, but, for crying out loud, nobody here wants to live anywhere else. But it’s just absurd to make these comparisons, and it’s done so, I think, out of guilt, bending over backwards to be fair, to not be critical. “After all, we’re the nation that is the one superpower in the world. These are just the poor Iranians. Look it how they live. It’s all dusty and they don’t have any air-conditioning, and, oh, it makes us feel so bad, and they’re just trying their hardest just like we did back in our founding days.” Just to draw this moral equivalence is just outrageous, and offends people to the agree that I don’t think these people who utter it understand it. Now, this guy’s my friend. I’ve had a lot of fair treatment, good times with Brian Williams at NBC but he got caught up in this whole manner of thinking. He was talking to Andrea Mitchell last night. She did a story on the Nightly News on the president-elect of Iran, the alleged hostage taker, Mahmoud Ahmadinejad, and after her report Brian Williams and Andrea Mitchell had this exchange. 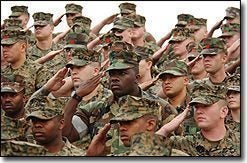 WILLIAMS: Andrea, what would it all matter if proven true? Someone brought up today the first several US presidents were certainly revolutionaries and might have been called terrorists at the time by the British crown, after all.

MITCHELL-GREENSPAN: Indeed, Brian, and all of the student leaders of the time who now are you in the power structure in Iran were revolutionaries. It was an enormously popular takeover. They all supported it. But it would have a political effect because it would help the administration in its very apparent efforts to undermine this new government and to paint it as a radical government.

RUSH: The administration…? See, this is the problem, Andrea. Why don’t you see Iran for what it is? It’s only what this administration “says” it is. You know, Bill Clinton said the same things about Saddam Hussein and George W. Bush, and nobody batted an eye and nobody ripped on Clinton for being this critical. Let Bush say it and he’s a liar and he’s a dunce and all this — and now, we get that former US presidents “were revolutionaries and might have been called terrorists at the time by the British crown”? What is the one difference that they don’t see? Our so-called terrorist Founding Fathers have a legacy. It’s the US Constitution. It is a legacy of the freest and greatest country the world has ever known. They were revolting against oppression. They were revolting against tyranny and high taxation. They were revolting and establishing freedom. You cannot is that that’s what the Iranian revolutionaries railroad are doing. They’re not demanding freedom for the people of Iran. This new president called for an Islamic holy war against the West. I really… You get to a point here where you just have to scratch your head because this constant effort at moral equivalence breaks down so soon in their arguments that you can’t intellectually explain it. I just wanted you to hear this. In fact, here’s a montage of some of the former hostages saying that they think this new president is the guy who held them.

CHARLES SCOTT: When I spotted him I stopped dead in my tracks and said to my wife, “I know that guy. He was one of them.” There are certain things that were permanently burned into your psyche and your memory.

DONALD SHARER: We were in a life-threatening situation a good part of the time. You were just — you remember things.

BRUCE LANGEN: If anyone knows whether it is he or not, it must be my colleagues who were held by these people.

RUSH: Take a quick break here and be right back after this.