Dingy Harry May Have Seen the Polls

RUSH: All right, now, before we go to the audiotapes of this cockamamie, stupid meeting at the White House today, here’s this. This is a Rasmussen poll. It’s from yesterday. “If President Bush nominates a qualified conservative to serve on the Supreme Court, 58% of likely voters say that the Senate Democrats should vote to confirm that nominee. A Rasmussen Report survey found that just 24% of registered voters, likely voters, believe that Harry Reid’s party should oppose such a nominee. Republicans and unaffiliated voters strongly support confirmation. Democrats are even evenly divided: 43% say that their senators should vote to confirm while 38% take the opposite view.” You know why it is? Because people in this country understand when you win elections, you get to do this. When you lose elections, you don’t. 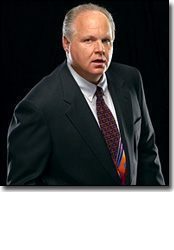 You don’t get to name the nominees when you lose elections. You name the nominees, you pick them, when you win elections. There’s probably other polling data, the pre-vacancy, prior to Sandra Day O’Connor’s retirement that indicate pretty much the same thing, but this is a post-vacancy poll, and again: 58% of likely voters said that Senate Democrats… This question was specifically worded, and it was not asked of all Republicans. “Fifty-eight percent say that Senate Democrats should vote to confirm that nominee if the nominee is a qualified conservative. Only 24% thought that Harry Reid’s party should oppose such a nominee.” So this is exactly what I’m saying about the arena of ideas. These people have lost it. They no longer have their area of dominant influence out there, but the court is so important to them and their elitism is such that what you think doesn’t matter to them anyway. Even McCain. McCain was at a fund-raiser in Arizona last night and said (paraphrasing), “There will be no filibusters. This is an up-or-down vote situation. President gets to nominate who he wants.” I’m paraphrasing here, but Drudge had a little blurb of it on his website today and I didn’t bother to print it out because it was just a little paragraph, but McCain was out there sounding like a fire and brimstone conservative — and he’s one of the gang of 14. Let’s go to the audiotape. Here’s the president this morning after he had breakfast with Leahy, Dingy Harry, Bill Frist and Arlen Specter. A reporterette said, “Mr. President, you had a meeting this morning with four leading senators. How much more input do you need before you’ll be able to make a decision on a Supreme Court nominee?”
THE PRESIDENT: I did have a good breakfast with four United States senators, the leaders of the Senate plus the heads of the judiciary committee. I asked their advice on a couple of matters. One, I asked their advice on the timing of a nominee, in other words, how fast could they get to the hearings necessary for a nominee named to move forward. Secondly, we talked in general about a potential nominee. They’ve got strong opinions, and I wanted to hear them. And they shared some opinions with me, and of course they’re sharing, many senators are sharing their opinions with others on my staff. We’re actively seeking recommendations.
RUSH: Then the president added this–
BUSH: I ran twice for the president of the United States, and I said if I have a chance to name somebody to the Supreme Court, or courts in general, I pick people who will use the bench, will interpret the Constitution while on the bench but not use the bench to legislate. We’ve got a legislative body called the US House of Representatives and the Senate. They do the legislation, and the courts will then interpret the Constitution as to whether or not the laws are constitutional or not, and so that’s where we are in the process.

RUSH: Okay. So Frist and Specter go up there. I can understand that. Dingy Harry and Pat Leahy, these are people that are actively attempting to undermine the man’s very presidency. He brings them up. You know the old adage? ‘Keep your friends close, your enemies closer,’ I guess, is operative here. Bring them up there. You can speculate. I don’t know if the president thinks this is going to make the confirmation process any easier, if this is going to change the combative nature of Harry Reid. It’s not, if he thinks that. I can’t believe he does think it. I think that they’ve got these polls out there. I think the president is showing the country he’s being cooperative, and when Dingy Harry and Leahy and Schumer and the rest of these guys do what we know they’re going to do, guess who’s going to look uncooperative? Guess who’s going to look like they have no appreciation for the president making them part of the process? And I hope that’s the gambit here. I hope that’s what’s going on, and I trust that it is. I hope it’s not something else. Let’s listen to Dingy Harry. He was asked after the meeting what was said in the meeting and what he thought of the meeting, and here’s what Dingy Harry.

REID: I was impressed with the fact the president said it would, that there will be more meetings, consultation, the president has thousands of names and I’m sure at least hundreds of names that he would go through. He didn’t give us any names. There were a lot of names discussed in the meeting of which we’re not going to talking about any of those names, I think that’s the agreement that we have, and we’ll stick by that.
RUSH: Dingy Harry then said this, another portion of his remarks.
REID: Let me say this. I think that we’re in a — at a time in the history of this country where we’ve had enough discussion, debate, and contention on judges —
RUSH: Stop the tape. I think he’s seen the polls. I think he has seen the polls. That’s how you translate that. All right, we’re at a time in this history of the country we’ve had enough discussion, debate, and contention on the judges. He said Senator Frist and I —
REID: — want to avoid that as the two leaders of the Senate. I think it says volumes to talk about the relationship of the ranking member and the chairman of this committee. They are friends; they have been for a long time. And for Senator Frist and I, they have set an example of how you need to get along as people who run a committee.
RUSH: This just makes me want to throw up, to listen to this gobbleygook. Here is a guy who’s out there calling the president “a loser” in front of school kids. Here is a guy who is filibustering judges, who’s tarring and feathering and literally trying to destroy the reputations of fine people in the appellate court nominations the president sent up there — Janice Rogers Brown, Charles Pickering, Priscilla Owen, the whole list of them. Harry Reid led the charge in trying to destroy them, even citing — he’s not even allowed to see — raw FBI files about one judge, Henry Saad, out of Michigan, and these guys don’t get to pick the nominee. They are not the winners of the elections, and it galls me that they have the audacity to think that they now have a serious constitutional role in the nomination process. They don’t. There is nothing about it. In the next issue of the Limbaugh Letter we’re going to do a whole feature on what the Founders wrote and said about the confirmation process, and you will see in the next issue of The Limbaugh Letter that it was not the way the Democrats in the Senate are defining it today. It was the way they ran the Senate when Clinton was naming judges. He’d name a liberal judge, 50 days later they’re confirmed 98-zip. It’s just two different sides of the coin here.
END TRANSCRIPT