Correcting the Media on Rush & Roberts

RUSH: I said I was going to do something I seldom do and I’m going to do it. I seldom do it because it happens too much. If I did it regularly, it would be all that I did, and that is correct erroneous statements about me in the mainstream press. But on Friday night, two different newscasts, I was mischaracterized in things that I have said about Judge Roberts and that Colorado ballot initiative. They were misreported by NBC and a couple of commentators — well, one commentator, Morton Kondracke on the Fox News Channel. Let’s go to NBC Nightly News first. This is correspondent Pete Williams reporting on the Supreme Court nominee John Roberts. And, by the way, let me refresh you with what this is about.

It’s about the LA Times story that came out last week, and it was that story that tried to drive a wedge between Republicans — and I interpreted this as meaning the Democrats are having trouble coming up with something to really defeat this guy, so they’re going to try to drive a wedge between Republicans by putting it out there that this guy is a stealth supporter of gay rights. And I addressed the story saying exactly what I just said to you now, and I said it’s possible this is going to upset some people on the right. I never said it upset me on that angle.

The thing that bothered me about it was it had nothing to do with gay rights, and everything to do with the fact that the Supreme Court had overturned a duly passed ballot initiative by the people in Colorado. They had used the Fourteenth Amendment saying that you can’t do it, that the Colorado people were unconstitutional. And this was the first case that lead to the Supreme Court pretty much abolishing states’ rights and the prerogative of the people in the states to do what they want. Because this case then gave us the Texas anti-sodomy law that the Supreme Court struck down, by the way, using international law and guidelines to do so.

And I read to you a powerful dissent from Scalia, and I read to you a quote from Justice Thomas saying that if this is the case, if the Supreme Court can simply say to the people of the individual states that you have no ability, no power whatsoever to act on your own, within your own state, without the US Supreme Court coming in and telling you can’t do it because it’s unconstitutional, then we’re going to get to the point where there’s no need for Congress to ever write any laws, which is going to take us into another news story today and that is chairman Specter’s letter to Judge Roberts. So this all has a little flow to it here, but I want to first play the sound bite from Pete Williams, NBC correspondent, on Friday night’s NBC Nightly News.

WILLIAMS: A discovery from his past sent both liberal and conservative pressure groups scrambling for talking points. In 1995 while working at a Washington law firm that did pro bono, or donated work, Roberts spent about six hours helping gay rights lawyers prepare to argue an important discrimination case. The Supreme Court later ruled their way, a significant gay rights victory. Discovering that Roberts helped out prompted conservative talk show host Rush Limbaugh to predict big trouble.

RUSH ARCHIVE: There’s no question that people on the right are going to say, “Wait a minute, wait a minute, the guy is doing pro bono work and helping gay activists?”

RUSH: Now, again, that’s taken out of context. The attempt here is to make it look like I’m leading the charge in this opposition. I went on to say this is going to upset some people on the right, there’s no question that was the purpose of the story. The purpose of the LA Times story was to drive a wedge because they have this predisposition that the Republican Party hates gays. I said all of this on Friday and Thursday last week when I talked about this story, but this report makes it look like I’m the only one that was upset and I’m leading the charge as the leader of the conservative movement. Now, let’s go to the Brit Hume show Friday on Fox, the roundtable.

The guests were Mort Kondracke of Roll Call, Jeff Birnbaum of the Washington Post, and they also had Bill Sammon from the Washington Times there. Jim Angle was filling in. He said, “John Roberts, a lot of talk in town about Roberts’ work, pro bono on a case that involved gay discrimination, offers a little different picture from the one that had been painted by his detractors as a sort of right-wing ideologue. Mort, what do you make of this case?”

KONDRACKE: Colorado voters passed a referendum that said there should be no anti-discrimination laws passed to benefit gays, and this was appealed to the Supreme Court, and it was ultimately overturned. And in the process, on a pro bono basis, while he was working for Hogan & Hartston, a Washington law firm, Roberts assisted the people that were going to go before the court to help them fashion their arguments on it. It wasn’t a major contribution, but it was a contribution. And there are a number of other cases in which he looks to be tilting slightly, mildly left in this pro bono work, which has caused some consternation among the right-wingers, although they’re — Rush Limbaugh in particular — although they’re basically, the party line is, “No, no, no, no, he’s really a conservative.” And among the liberals, the line is, “Well, he may have done this, but no, no, no, we think he’s a right-winger.” The truth is, nobody knows. 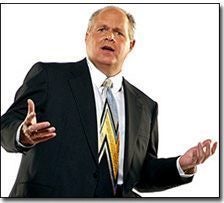 RUSH: Now, what all this adds up to is that these guys all think I’m the leader of the conservative movement, that if I have a reaction, a negative reaction, then, bammo, the conservative movement follows me and so forth. It’s understandable that these people would think that, but it would help when talking about me to put this in context. Never once did I express problems with the Roberts nomination and never once did I say I was going to oppose him and never once did I say this caused a red flag for me. I said this is going to cause some people on the right some problems. It turns out the problems were minor. It didn’t cause that big a problem, as it turns out. I overestimated how bad the problem would be. Now, next up is Bill Sammon, who tries to put this in the proper context.

BILL SAMMON: It’s interesting the administration went and put Fred Thompson on Rush Limbaugh today to assuage any of those concerns and explain this really wasn’t any big deal, he did a little pro bono work, it didn’t tell us anything. Everybody did it. But it’s interesting, it does have conservatives worried, not just on gay rights, but environment issues. He represented homeless people on pro bono work and also even a death penalty appellant. But oddly enough, I think it makes him more likely to be confirmed, because it gives him some political cover among Democrats when it comes time to vote.

RUSH: Thank you Bill Sammon for putting it in perspective, saying it’s going to upset some people on the right. Look, I could spend practically an hour a day doing this, trying to correct references to me in the mainstream press, and it happens so much that it’s not even worth it. I don’t want to give them the time of day. I’ve got other things to do here, and I rely on you people who listen to this program to understand when you hear BS about me out there.