Gorelick Wall Prevented Us from Foiling 9/11

RUSH: I want to take you back in time, not just to the 9/11 Committee hearings but shortly 9/11 itself, when everybody was talking about, “Why didn’t we connect the dot? Why didn’t we connect the dots!” and I said, “You know why didn’t connect the dots — meaning the FBI and the CIA, military intelligence, “Why couldn’t we share information with each others? There’s one reason. The Clinton administration — and most importantly, Jamie Gorelick.” Jamie Gorelick — who was #2 at the justice department; she really ran the place while Janet Reno was the face of the justice department — erected a wall, and because the Clinton administration determined that they were going to fight terrorism not as a war but as a legal matter, and they were going to use indictments, and they were going to use grand jury testimony to try to nail these people — and, of course, grand jury testimony is, by law, confidential — and so any information gathered by, say, the CIA or the FBI had to be turned over to justice, and when justice got it and took it to the grand jury, it became confidential, could not be shared with any of the other branches, and that’s one of the reasons why we couldn’t “connect the dots,” because strategery that the Clinton administration used to fight terrorism — when they cared about it. Well, get this from no less than the New York Times. It’s a story that’s headlined this way: “Four in 9/11 Plot Are Called Tied to Al-Qaeda in 2000.” This story is all about how we knew four of the 19 hijackers and we were tracking them. We knew who they were in 2000 but we couldn’t do anything about it because the information that was known couldn’t be shared. 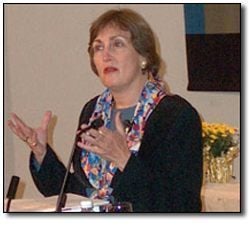 “More than a year before the Sept. 11 attacks, a small, highly classified military intelligence unit identified Mohammed Atta and three other future hijackers as likely members of a cell of Al Qaeda operating in the United States, according to a former defense intelligence official and a Republican member of Congress.” This is about Curt Weldon and his book, and remember how the left tried to cream Curt Weldon and his book? “In the summer of 2000, the military team, known as Able Danger…” In the summer of 2000, who was president? Who was president in the summer of 2000? Somebody help me out, here. I think it was this guy Clinton was president, yeah, because the campaign of 2000, the election of 2000 wasn’t until November, and Bush wasn’t inaugurated until January. Of course, that election wasn’t decided until December. Remember that, Brian? So the summer of 2000 would be Bill Clinton was president, and this military team, Able Danger, “…prepared a chart that included visa photographs of the four men and recommended to the military’s Special Operations Command that the information be shared with the Federal Bureau of Investigation… The recommendation was rejected and the information was not shared [Representative Curt Weldon and a former intelligence official] said, apparently at least in part because Mr. Atta, and the others were in the United States on valid entry visas. Under American law, United States citizens and green-card holders may not be singled out in intelligence-collection operations by the military or intelligence agencies. That protection does not extend to visa holders, but Mr. Weldon and the former intelligence official said it might have reinforced a sense of discomfort common before Sept. 11 about sharing intelligence information with a law enforcement agency. A former spokesman for the Sept. 11 commission, Al Felzenberg, confirmed that members of its staff, including Philip Zelikow, the executive director, were told about the program on an overseas trip in October 2003 that included stops in Afghanistan and Pakistan. But Mr. Felzenberg said the briefers did not mention Mr. Atta’s name.
“The report produced by the commission last year does not mention the episode. [the 9/11 Report] Mr. Weldon first spoke publicly about the episode in June, in a little-noticed speech on the House floor and in an interview with The Times-Herald in Norristown, Pa…. The account is the first assertion that Mr. Atta, an Egyptian who became the lead hijacker in the plot, was identified by any American government agency as a potential threat before the Sept. 11 attacks. Among the 19 hijackers, only Khalid al-Mihdhar and Nawaf al-Hazmi had been identified as potential threats by the Central Intelligence Agency before the summer of 2000, and information about them was not provided to the F.B.I. until the spring of 2001.” Now, this story does not say what I just said to you. This story does not go on to talk about the wall that Jamie Gorelick erected and that the 9/11 Commission was not interested in hearing about, but it does cite the fact that Atta was known and that military intelligence was not allowed to share the information with the FBI. They say why. The why was because of the wall. They’re trying to hide this under some visa law but it has nothing to do with that. It has everything to do with the fact that the Clinton administration that these agencies couldn’t share information with one way or another, i.e., connect the dots, because of the need to maintain the privacy and secrecy of grand jury testimony. I kid you not — and I don’t know where Richard Clarke was on this, and I don’t know where “the Jersey Girls” are on this now, since the Jersey Girls out there leading the charge that Bush didn’t do enough, and Bush didn’t act fast, and Bush didn’t connect the dots, and, of course, we all know now. known it for a while. I find it fascinating that the New York Times actually runs with the story, especially considering Curt Weldon is one of the sources. But it’s just another See, I Told You So.
END TRANSCRIPT