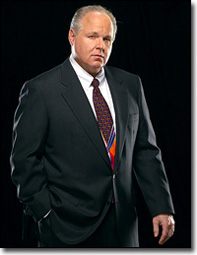 RUSH: You know, in addition to all these false promises about government’s capacity to perfect life, guess what? It’s the institutions that big-government liberals attack that are the institutions saving the suffering. The left attacks the military. The left doesn’t like law enforcement. The left doesn’t trust private charities. But guess who it is, in a time of disaster or a time of crisis, guess who it is that makes things work? The last institution that really, really works is a large government bureaucracy. And I don’t want to be misunderstood about this. This is not an anti-government rant. Government has specific purposes. There are things that it is, in our system, constitutionally designated to do. There are other things that it’s woefully incapable of doing and yet we have people who think, “Well, no, it’s perfectly fine. If we just have the right people running FEMA, if we just have the right president, if we just have the right this or that. If they were just run by more competent people.” Liberals have to believe that or their entire reason for being ceases to exist. So they can’t give up the notion that it is government’s ultimate responsibility and government failure. If only they had been in charge, why, this wouldn’t have happened.
You know, when a populated area is hit with a massive natural disaster like a category four hurricane and the subsequent flood, there’s going to be widespread losses. The issue is not whether there will be, the issue is how much. And for people to start running, “How can this happen in America? How can this happen? How could Mount St. Helens happen in America? How could the earthquake in San Francisco happen in America? How could the four hurricanes in Florida last year happen in America?” Four hurricanes hit Florida last year. Do you recall any such stories out of Florida as we got last week? Jeb Bush was all over the place in Florida. Where was Kathleen Blanco these past seven days? I know this goes against every report and thought that’s probably out there, but it’s now Tuesday, it’s just over a week after this major natural disaster, and I, frankly, am in amazement at how much progress has been made given where we started and how bleak it looked. Evacuating, feeding, relocating, medicating people, when you consider the monumental nature of this effort, it’s truly remarkable. I know this isn’t being reported, but perhaps one day when time has passed more people will see it this way, it might be reported. But I have to also say this, folks, in closing out this segment. It’s not just the libs and it’s not just the reporters. You know, I’ve got serious disagreements with the president on issues like immigration and spending and so forth, but I noticed when I was gone over the weekend that many people on the right joined the chorus of criticism of President Bush because they worried about their own image, they worried about their own images as conservatives. They have to join the chorus because they’re insecure about themselves. So it wasn’t just the left. The right was pretty hard on the president, too.
END TRANSCRIPT