RUSH: This is Lisa in Austin, Texas. Hi, Lisa. Nice to have you on the program. 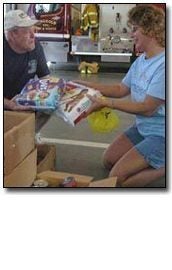 CALLER: Rush, thank you so much for taking my call. It’s a pleasure to talk to you. I just want to make this quick point that, where is the gratitude from this mayor and the governor of New Orleans? They take the microphone and the only thing they do is blame and say how Americans owe them an apology, when Americans have been working 24/7 raising over $500 million in relief aid to these victims who were victims before the hurricane. They’ve been sending prayer chains, they’ve been rounding up clothes, organizing, where is the gratitude, where is the word of thanks to all of the millions of people who have been struggling, taking time off of work even, to help these people? Where is that?
RUSH: Lisa, I’m shocked. I’m stunned at you.
CALLER: Well, why? Because I’m black and I feel this way? Because I’m a Republican?
RUSH: No.
CALLER: Because I think that people should be grateful when someone gives them something?

RUSH: I’m stunned that you would expect that from liberal Democrats. In this current politically charged atmosphere, to sit around and say thanks when the whole message is, “Where’s the help, where’s the beef, why isn’t anybody doing enough for us? Bush screwed up!” How can they turn around and say, “Thanks for all you’re doing.”
CALLER: I don’t expect it from them, but I do expect it from the people who are receiving the aid, who are sitting on the highways not doing anything — 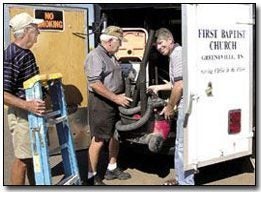 RUSH: Wait, wait, wait — no, no. They’re liberal. They think they’re owed this. This is the entitlement mentality. Look, I agree with you just in the strict sense of manners. I’m being a little flippant here when I say I’m shocked at you, but look it, where’s the gratitude for all that we do for people on a normal day in this country? Where is the gratitude? There isn’t any. There is just more expectation. It runs the gamut. You have Medicare recipients who think every year they get more benefits. Did they ever say thanks to the people providing them, their fellow citizens? Nope. And that’s exactly who it is, it’s not coming from the government, you may as well go down the street, knock on the door, and say, “I’m not getting enough help from the government, help me.” Don’t ask, demand it. You’ve got the entitlement mentality on display here.
Gratitude, you’ll hear some people express some. It will happen at some point, but right now the theme of the day is, “Nobody is doing enough, nobody did enough, this has all been botched.” This is the Democrat theme, this is the Democrat game plan right out of the playbook. There isn’t anything to be grateful for. There’s only something here to be punished. Whatever is going on here is nothing that gratitude even enters into. This is incompetence, heads need to roll, people need to be fired, Bush needs to be impeached, whatever. Gratitude? I’m surprised anybody would think that that would be forthcoming. Now, if you’re raised in a certain way, I can understand it, but I wouldn’t hold my breath, not for the foreseeable future. Not while the mantra is this whole thing is a mistake, this whole thing is botched, it’s all based on the fact that nobody cares. So how do you turn around in the middle of that and say, “Oh, by the way, thank you.”
END TRANSCRIPT