Grew Up in the Projects, Fed Up with Democrats

RUSH: Janet in Hampton, Virginia, we’ll start with you today. Great to have you with us.
CALLER: Rush?
RUSH: Yes.
CALLER: Yes. This is Janet. Listen, one thing I’ve been so angry about–
RUSH: Janet, hold it, you must do me a favor here. I have a little bit of a hearing problem on the phone this week for some reason. Would you slow down what you say a little bit so that I can understand?
CALLER: All right.
RUSH: Thanks.
CALLER: I’m just so emotional about what’s being ignored throughout this whole tragedy.
RUSH: What’s that?

CALLER: How the African-American people are not outraged knowing that their best buddies in the world, the Democratic Party, ran Louisiana for 60 years and allowed 75% of the black population in New Orleans to be 50 to 60% unemployed and these are their best buddies in the world that’s going to do everything for them, and the horror I saw on that TV, and I’m an African-American, was unbelievable. That party — because I left the plantation years ago — that party was supposed to be the best buddy of the African-American and I guarantee you, Rush, it’s not just in Louisiana. There’s pockets of people like that all over this country that the Democrats — I bet you those busses was running on election day. I guarantee you that.
RUSH: I don’t doubt what you’re saying at all. In fact, you’re echoing many of the things that I have said all week. I’ve asked questions. You know, who lives in New Orleans is who lives in New Orleans, and who runs New Orleans is who runs New Orleans. And we have the census figures that tell us 75% of the population of New Orleans is black. We also are told that much of is unemployed and much of it that is employed is still poor. We also know that it’s a black mayor and there have been many black mayors. We all know all the mayors have been Democrats. We know the governors have been Democrats for generation after generation. As I said yesterday, it would seem to me that with liberalism having the power to run around in that state and city unchecked, that we should have an utopia. Instead we’ve got one of the worst crime problems in the country, got one of the worst problems of poverty, one of the worst centers for minority poverty in the country. It’s all run by Democrats. You’re going to have to tell me why the loyalty between those people and the Democratic Party survives. I only have one theory, and when I learned yesterday, Janet, that some of the people in New Orleans refused to evacuate because their welfare checks were coming on the 1st of September, and they didn’t want to miss those checks, that tells me all I need to know. Whatever they have, however little it is, all comes from their government, and they couldn’t leave because they feared missing their check and then they would be out of money, and I think the answer has to lie somewhere there. All these years, these people have been created as essential wards of the state. And the way they look at it, if it weren’t for the government, they’d have less than they already do. They don’t look around the rest of the country and see prosperity. Even among black people around this country, they don’t see the prosperity all over the country. They somehow miss that and beyond what I’ve said, I don’t understand it. Can you tell me?

CALLER: I don’t understand it either. I was brought up and raised in the projects myself. We were always taught that no one owed us anything. Your responsibility lies with yourself.

RUSH: Janet, how old are you? Do you mind my asking?

RUSH: 55. Okay. You know, let me just share with you some conversations I’ve had with people like you. Thomas Sowell is a good friend of mine. Thomas Sowell grew up in Harlem. Dr. Sole’s near 70 now, but he tells the same story that you do, that when he was growing up there was a whole different culture, and it was a culture of be the best you can be, and don’t let these obstacles in your way stand in your way. And the family unit was built around the church, and I’ve had others of similar age, 55 to 60 to 70 — tell me the exact

same story. And something happened along the way here. Some people think it’s the Civil Rights Act of 1964 and LBJ and the Democrats getting credit for that, that that sort of is the new solidification of the Democrats and the minority population, the black population of the country. Then after that happened, the Democrats then set about destroying the black family, creating this massive welfare state which replaced the need for husbands and fathers in black communities. And it’s been a steady descent ever since. And yet these things have happened over a course of time and the victims of all this still blame people who have had nothing to do with it.

CALLER: Exactly. I just don’t understand it. I mean, it’s acceptable if someone walks up to you and says, ‘I’m going to take care of you from the cradle to the grave’ and they accept it and think that’s life. That is not life.

RUSH: Well, but, you know, it’s even worse than that, Janet, because not only was that said, ‘I’m going to take care of you cradle to grave,’ then when that turned out not to be a good deal, the Democrats who were promising to take care of these people cradle to grave blamed the lack of economic progress on the Republicans. They said, ‘You’ve got to keep voting for me because those guys will take away from you whatever I’ve given you.’ And so, all right, I’ll keep voting for you to keep these benefits, whatever, coming. But they didn’t increase and they didn’t get large enough to build reservoirs of wealth. They certainly didn’t get people out of poverty. They didn’t get people out of the dependency cycle they were in and the Democrats continue to blame Republicans for this, and it’s gone on for 50 years now almost to the point that the people who complained about their economic plight keep voting for the same people who are responsible for it because they get away with blaming others. 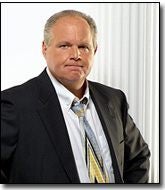 So, you know, I’m afraid that the die is cast. Every now and then we get stories and calls from people like you who give us hope that maybe this is changing, but it really doesn’t seem to. And now this business out of New Orleans, let me share a poll here with you that I’ve got. This is a Pew poll, and it was taken after the Kanye West statement and they actually went out and asked American blacks, “Do you agree with Kanye West?” Sixty-six percent of blacks in America say they believe Kanye West was right, to some degree. And a vast majority believed that the response would have been faster in New Orleans if the victims were white. Well, I don’t know what we’re to do with this. This is shocking and saddening. It is wrong. The initial response was to get everybody out of there by the mayor and the governor. We now know that Max Mayfield, the guy who runs the hurricane center personally — he doesn’t do this much — personally called the governor and the mayor and said, “This is going to be bad, get everybody out of there,” and the governor still dragged her feet. Some people theorize that one of the reasons Gov. Blanco did not — and even when President Bush called her on Sunday begging her to put the evacuation order in gear and get everybody out of there — people are speculating that she didn’t want to do that because she didn’t want any credit descending to Republicans if something went right. She wanted to be able to hog all the credit for herself if everything went right, as though she stood up to big Republicans. Big Kerry supporter, by the way, Kathleen Blanco was. Now that everything has gone wrong, of course, now we turn it around, blame it on the federal government who just can’t walk in there but, you know, how many people even know this? They just can’t walk in there. And if the federal government had gone in there after Kathleen Blanco said, “No, I don’t think we’re going to need your help.” “Look it, you don’t recognize what’s going on here, Governor. We’re coming in there, we’re taking over?” Can you imagine the hell to pay if the government, if the president had gone in there and overridden a Democrat governor in the state. You know, it’s just a mess. It’s become a cesspool.
END TRANSCRIPT