What If Death Toll Predictions Were Wrong? 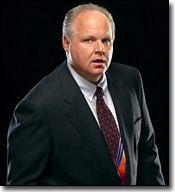 RUSH: We’ve been told we can expect 10,000 deaths. Before that, it was “thousands and thousands.” Before that, some people said it could be “the worst in American history.” Keep your shirts on, folks. This is a bad one. It’s going to be bad out there. We get in there, we see what these floodwaters are holding and covering up, “Oh, I warn you, it’s going to be bad, so bad we can’t show you the pictures.” Well, the death toll so far has, I don’t think, risen to 700. Good news. This is excellent, news. Buuuuut, wait a minute. Is there a scandal here somewhere? Is there a scandal in all this reporting of what might be, could be, and might likely happen that is reported in conjunction with all the failures of everybody to save all these lives? What happens if all these lives weren’t lost? And what happens if all the efforts to save these lives compared to what we were told it was going to be? Is there not maybe a scandal there? In fact, is this whole story of the incompetence of the federal government, the state government, is it maybe a bit overblown because we’re such a highly charged partisan atmosphere led by the left that they’ve been to destroy Bush ever since 9/11. Well, ever since Florida 2000.
Well, here are some numbers. (Washington Times:) “The hurricane, 1928, so-called Okeechobee Storm, which made landfall at Palm Beach, Florida killed an estimated 2,500 people. There was the great Labor Day hurricane of September, 1935. This is a cat 5 described at the time as ‘the most intense hurricane to ever make landfall in the US.’ It ravaged the Florida Keys, killing 423 people.” Both of these occurred global warming. I just want to remind you. Both of these occurred before global warming and they occurred before Bush, BB, or BWB: Before W Bush. “Then we had the Tri-State Tornado, so called, 1925, that struck Missouri, Illinois and Indiana in March of that year. That’s considered the most violent single tornado in US history. That killed 689 people. The death toll so far in Hurricane Katrina is less than the tornado of 1925.” So I’m just putting some numbers out here and sharing my thoughts with you. (interruption) Well, I know, there was the Galveston hurricane. That killed over 2,000 (6,000 to 12,000) people as well. It’s likely that we may not make the top ten all-time disasters here with Hurricane Katrina, after being told for over a week now that it’s the worst, “potentially” the worst.
END TRANSCRIPT