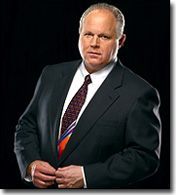 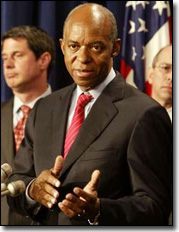 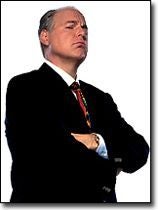 So a guardsman takes the ride back with the chopper, not the congressman, a rescue diver from the chopper burst open a second floor door of the home of Congressman William Jefferson. The only thing this story does not mention that the ABC story does is that a second truck, a second five-ton truck was dispatched by the National Guard to the home of Congressman William Jefferson (D-LA), to bring him and the remaining National Guardsmen back to wherever they were because the first truck remained stuck in the mud near the third-floor step of the fashionable affluent home on Marengo Street in the uptown section of New Orleans where lived Congressman William Jefferson (D-LA). Now, we have one more sound bite with this because the story does go on. Paula Zahn said, “You mentioned a federal investigation. Was there anything in your house that were trying to get out that was critical to this FBI investigation of you?”
JEFFERSON (D-LA): I would doubt that. The thing that I wanted to get out was my daughter’s laptop computer and my daughter’s suitcase that I took away. The FBI had been in my house as you know for seven, eight hours. Whatever was there, they got it. I’d been living in my house for three weeks after they came. If there was anything in there I could have taken it then. There was no reason to go ahead and retrieve anything related to the investigation. This is all NRCC smear they’re putting out which is quite a shame, and they’re sending out these notices to all the news media asking them to question me about these things.
RUSH: So this has all been trumped up by the National Republican Congressional Campaign Committee is what he’s saying here, but they’re not. I mean, I haven’t gotten anything from them. My sources here are ABC and the Associated Press, and of course Congressman William Jefferson (D-LA), himself as heard last night on CNN’s Paul Zahn Now. The investigation is a sting operation. He apparently was in cahoots, allegedly in cahoots with the vice president of Nigeria who has a home somewhere outside Baltimore, to set up some sort of telecommunications business, and they raided his house whenever they did, the home of Congressman William Jefferson (D-LA), and found a bunch of cash in a freezer, to which I said yesterday, “So what? Doesn’t everybody keep their cash in a freezer? Put it in the oven, that’s a bad place to put it. Why else do you think it’s called ‘cold cash’?”
END TRANSCRIPT