Mary Found Buses When She Needed Them

RUSH: I want to confirm something that I referenced in the last hour. I got an e-mail from a subscriber at Rush 24/7 that there was a story in the Lafayette, Louisiana newspaper that Mary Landrieu had succeeded in getting a bunch of buses on the street to get people to the polls to vote for her in 1996, and I can’t find that story on Nexis. I don’t know that the Lafayette newspaper reports to Nexis. 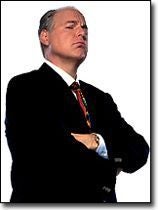 We found it, though, in the New Orleans Times Picayune of November 9th, 1996, and basically what happened there was that Mary Landrieu was trailing badly in her race with Woody Jenkins for the Senate, and they found out that the inner city of New Orleans had not voted something to the tune of 186,000 people. They pulled out all the stops. Clinton was making phone calls. Clinton, Landrieu, and Harry Connick, Sr., put this whole thing together. The work to get African-American voters to the polls started at the True Gospel of Jesus Christ church on North Broad Street before the polling places opened. A thousand workers would hit the streets that day, 500 in the morning, and 500 that afternoon. And they went all through town. They put together parades with New Orleans music to go through the housing projects. They gave away red beans and rice… and they found busses. They found countless buses to get people to the polls. Now, the only reason I bring this up is to, once again, confirm that when they really want to move people, they can do it in New Orleans. When they really want to move them, they can do it.
The paragraph from the Times Picayune: “‘Within 45 minutes, we arranged a motorcade,’ Tucker says.’We found Mary and Marc [former Mayor Marc Morial], got school buses for workers and sound trucks with music and put on a parade to flush out our voters. Mary and Marc were in Norma Jane Sabiston’s little red convertible. (Sabiston was Landrieu’s campaign manager.) It was a tight fit for Marc, big as he is, but they were both up there waving. We moved them into the major housing project areas blowing horns and playing New Orleans music. We were doing what we do best in New Orleans, having a parade.’ The phone bank was operating at another location. Workers were calling voters asking them to get to the polls and asking them if they needed a bus. Surge time was 4:30 to 7:30 p.m. when large numbers of voters get off work and go to the places. There were more parades in key areas.”
So, you know, no big deal. It’s common. I’m just saying that when they want to use those buses to get people where they want them to be, they can do it.
END TRANSCRIPT