Stick the Next Nominee in Democrats’ Face

RUSH: The Washington Post editorialized in favor of Roberts. Now, the cynic in me says, “They have no choice here. There’s nothing you can say to oppose the guy.” Well, I take that back. Leave it to the brilliant mayor of New York, Michael Bloomberg, to come out and say it. Now, he’s up for reelection, don’t forget, and he’s a Democrat running on the Republican ticket. He’s a Republican in Name Only, and of course he had to come out and say the obligatory thing to win votes in New York City, and that is, “I didn’t hear anything from Roberts that convinces me he won’t overturn Roe vs. Wade.” Well, that’s all it takes. The Upper West Side is going to head to the polls as quick as they can in New York to pull the lever for Bloomberg. He’s running for reelection. The interesting thing about Bloomberg is, what kind of effect will that have on Hillary and on Chuck Schumer? If the mayor of New York, a Republican, comes out against Roberts…? I think Schumer is going to vote against him, but I don’t know what Hillary was going to do. 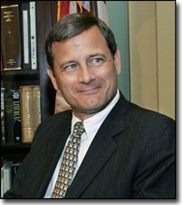 I think she’ll probably vote against him, too, but this sort of seals it now. They can’t really not. “The Post editorializing in favor of Roberts is simply,” says the cynic in me, “setting up their opposition to the next nominee. So they can say, ‘Well, we were fair. Yeah, we analyze this guy as he came before us. Yeah, he’s fine. But this next nominee? We can’t go with whoever it is.'” So you can almost make book on the fact they’ll oppose the next nominee. The Boston Globe has done the same thing: They have admitted defeat.

“In the Senate judiciary committee hearings Roberts called himself a ‘modest judge’ and appeared smart and even-tempered,” and so they admit defeat and they’re going to confirm Roberts as well. No matter where else you go in the media — here in the Boston Globe, New York Post, Washington Post, doesn’t matter — the focus, now, on the Roberts vote is not on that he will be confirmed, but, “How do the Democrats do this vote so that it helps them the most and hurts them the least?” The headline of the Boston Globe here is: “Roberts Vote Holds Risks for Democrats — Strategists weigh political message, fallout for ’08 race.” Paul Begala, The Forehead, is quoted in this story as saying, “If you’re running for president, and you vote for Roberts. You’re going to come to regret it. Decisions will come down from the court that will outrage very important Democrat voters,” such as decisions on minorities and workers with moderate incomes and all this. “But Republicans are making the case that Democrats who vote no on the nominee are acting on politics, not qualifications.

They’re pointing to 1993 when Republican senators overwhelmingly supported Ruth Bader Ginsburg.” She got in the nineties, I think, when her confirmation vote was held in the whole Senate. But it’s fascinating. It’s just funny to watch this. While we’re going to get a new chief justice, and all signs are that the guy is going to be great, the Democrats are still strategizing, “Okay, what do we do in this vote? How do we do it so it doesn’t hurt us? We can’t let the guy get too many votes, but we gotta give him some votes so we look good.”

So everything to them is a pure political calculation. The merits, the substance, doesn’t matter a hill of beans to anything, and of course there are their willing accomplices in the press right there helping them along in coming up with making the calculation here. So, again, you’ve got that template, or that prism, everything being, “How does it hurt Bush; how does it help us? Oh, oh, what do we do now?” Now, as to the next nominee, we know, folks, we know that they are going to go nuts over the next nominee. They are going to lose their minds over the next nominee. So I am hopeful the president will give them the biggest in-your-face nominee he can find. I would love it if he would throw Janice Rogers Brown at them. I don’t think he will. The early money is on Priscilla Owen, and that would be great because she was filibustered, and Dingy Harry has already promised a filibuster if it’s Priscilla Owen.

So, fine. Nominate her! Throw her up there. They’re going to go nuts anyway. Let’s just hasten it. Let’s have them go nuts as soon as possible, folks, because they go nuts; they don’t win over anybody. I’m telling you it’s plain as day to me, their left-wing groups are unable to stop anything now, because they don’t run the Senate, and all they’re left to is this filibuster, and with Bush trying to put New Orleans back together and with Bush trying to do a number of things — from whom he’s getting a lot of praise from some Democrats other than Bill Clinton — I’d just be as in-your-face as I could on this, since they’re going to act that way regardless who the nominee is.

BARRING THE revelation of an outrageous scandal, Judge John Roberts is about to become the next chief justice of the United States, and based on his testimony last week, he deserves to be confirmed. In the Senate Judiciary Committee hearings, Roberts called himself a ”modest judge” and appeared smart and even-tempered.

Despite days of tough questions, however, some basic facts about Roberts remain unclear. So the country is left to play a waiting game, discovering case by case how Roberts interprets the law.

Would he overturn Roe v. Wade, letting states set their own abortion laws? Roberts steadfastly refused to answer questions about this and other legal issues that are likely to come before the Supreme Court.

He did defend the right to privacy, the legal base for abortion rights, saying, ”The right to privacy is protected under the Constitution in various ways,” and pointing to the First, Third, and Fourth amendments as well as 80 years of court decisions that have ”recognized that personal privacy is a component of the liberty protected by the due process clause.”

Would Roberts apply this principle to a women’s right to choose? The public will have to stay tuned for an answer.

Roberts did pay due respect to the precedents set by earlier Supreme Court rulings, saying, ”I do think that it is a jolt to the legal system when you overrule a precedent,” and, ”It is not enough that you may think the prior decision was wrongly decided.” The country will have to see how Roberts puts this theory into action.

Other issues got little or no attention during the hearings, including questions about the openness of the Internet and other emerging media, as well as about the scope of copyright law and whether it is limiting the public’s access to creative work. The Supreme Court will also continue to hear numerous David and Goliath cases, disputes about how to balance the rights of individuals against the rights of government and business. Based on his testimony, Roberts would favor the stronger or weaker party, depending on his reading of the Constitution.

”I am not an ideologue,” Roberts said. Experience on the court should cause him to leaven knowledge of the law with compassion for weaker members of society.

As Roberts approaches the high court, there is also a job for Congress. Senator Tom Coburn, an Oklahoma Republican, virtually wept about the nation’s divisiveness, but he and some of his colleagues have been the source of intemperate rhetoric that could weaken the independence of the judiciary. Once Roberts is confirmed, Coburn and other conservatives need to cool their rhetoric and let the chief justice do his job.