RUSH: Tim in the nation’s capital, Washington. Hello, sir.
CALLER: Hi, Rush. How you doing?
RUSH: Good.
CALLER: Yeah, just kind of going with your opening monolog. I just was kind of wondering, you know, I look out —
RUSH: Well, first off, before that, what did you think of the monolog?
CALLER: Well, brilliant, as always.
RUSH: Well, okay. I just wondered if you agreed or disagreed, so I would know where you’re going. 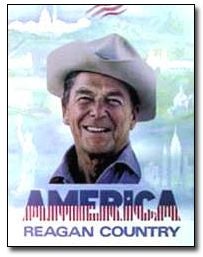 CALLER: Oh, no, I’m not looking to bust chops or anything like that. This is, you know, an honest question. You know, the potential front-runners right now are people — or potential front-runners for the Republican nomination — are people who aren’t staunch Reagan conservatives.
RUSH: Yeah, and who’s establishing them as the front-runners?
CALLER: Well, that’s a good point. I mean, obviously they’re being focused on by our buddies in the media, but —
RUSH: Yes, of course. That’s good old conventional wisdom.
CALLER: Right, right. But are there Republicans who, you know, would have a shot, who are actually conservatives? I mean, there are plenty of RINOs out there, and even among conservative publications, not that a get a chance to read them all that much in DC, who’s out there that actually believes in —
RUSH: Okay, so basically your question is, “Rush, in your brilliant monolog, who is Reagan?”

CALLER: No, there’s not going to be another Reagan, but —
RUSH: I know, but okay, for 1980 to be repeated, because in the first monolog, if you missed it I said, “The last time there was an upheaval in the conservative movement like this was actually 1976 at the Republican convention that led to 1980, which gave us Reagan in two landslides.” Now, your question is quite well posed. Who is today’s Reagan in that theory or equation? I’ll have to be the first to admit there isn’t a Reagan out there.
CALLER: Okay.
RUSH: But in the sense that there’s not the personality and the dynamism, but there are conservatives. Now, I’m going to get in trouble if I start listing them because I’m going to leave some out simply because I’m not going to remember them all; but I’m going to tell you right now, every time I see him or hear him I cheer, and that’s George Allen.
CALLER: Really?
RUSH: Yes.
CALLER: Virginia.
RUSH: From Virginia.
CALLER: Huh. 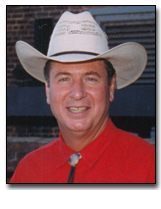 RUSH: When I hear or see George Allen speak, I am made to feel confident, and I feel excited — and I know that Senator Allen is toying with the idea. There are also probably some names that people that are interested that we don’t know, and you never know how they’re going to appeal. While you can’t automatically assign to my theory the 2005 version of Ronald Reagan, there is one thing that you can do to establish a consistency, and that is when the conservative movement gets unified, when it gets going, when it finally decides, “Okay, we’ve played nice-guy, and we’ve tolerated less than conservative candidates for a while, and we’ve put an article of faith or trust in them,” when they start demanding, “We’ve done it your way for long enough. It’s time now to go pedal to the medal,” so to speak, that movement is unbeatable with the American people. What you have — you called them “RINOs,” the Republicans in Name Only. What you have with RINOs are moderates, is Republicans who are afraid to be conservative, and yet when they campaign, those that do on a conservative agenda and a platform, look at their victory margins. It wins! The left needs to be cowering in the corners over this, as I have said. The reason it may not appear so to you, is look where you live, look at the culture in which you live. Like you just made the comment, “I don’t see too many conservative magazines here. I’m in Washington.” Precisely! You don’t hear too much conservative conventional wisdom in the dominant media culture in that town.
It’s no different than living in New York or Connecticut or Massachusetts. You’re not going to get a sense for what is actually happening out there. I’m going to tell you this immigration issue is huge, and it’s just waiting for somebody to come along and make it theirs. But there are a whole lot of other things that go along with it, not just immigration, but it is a big rallying point. I don’t even want to get into other conservative names, because if I start the list I’m invariably going to leave some out, better that I mention one and leave all the rest out, not on purpose, just for the sake of brevity here. But I think that the impetus behind the movement is going to be the conservative grassroots machine, and it’s huge out there, and it will get motivated and it will get inspired by the right candidate, and that candidate is going to determine his fate in the primaries. I can tell you right now that Senator McCain thinks he can win without the conservative base. He’s gotta and a game plan to launch himself despite it. I don’t know if it’s going to include running against it per se as he did in South Carolina in 2000, but I know that he thinks there are a lot of people that think that the great middle out there; the so-called moderates is where the success story in American elections is — and they’re just wrong about it, but he’s going to try that. There’s another thing McCain is grossly wrong about. I said this yesterday or the day before.

There’s something McCain is grossly misunderestimating, and it’s this: the Republican Party base, be it conservative and all the other elements of the Republican Party, detest the mainstream media. Whatever the media is for and whoever the media is for, it’s an automatic indication to not be for them; and if the mainstream press comes out and starts salivating over McCain like they did in 2000, it’s going to hurt him with the Republicans. It is not going to help him. He would be best not to court them, but he won’t do that. He loves it. Everybody loves being approved by the big clique, and that’s how these people look at the mainstream media: the big clique, but when it comes down to… Let’s say Hillary gets the nomination. When it comes down to Hillary versus McCain, he better know where the mainstream press is going to be, and it’s not going to be on his bus. It’s not going to be on the Straight Talk Express. It’s going to be on the Rose Law Firm billing records G5, and they’re going to be flying all over the country and Hillary is going to be it. Now, Dick Morris and his wife, Eileen McGann, have a new book out, Condi vs. Hillary 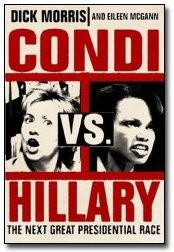 . He believes that either Giuliani or McCain, he thinks they could both beat Hillary slam-dunk, but they can’t get the Republican nomination. That’s what he thinks. He thinks that Condoleezza Rice could and that really Condoleezza Rice is the only legitimate choice to beat Hillary. This is the theory in his book, and if you want to read the book and see what his theory is fully expounded, you should read the book, but his point is that he thinks that Condoleezza Rice could win the Republican primaries, and then on the ballot, attract at least 50% of the African-American vote in this country as the first black candidate for president, especially female.
I’m not all that certain that she would attract 50%. When I see the Congressional Black Caucus aligning itself with Calypso Louie’s Million Man March and the main theory being that New Orleans levees were blown up, folks, I don’t hold out much hope that the African-American voting population or a significant majority of it will go mainstream thought any time soon. I mean, if the Congressional Black Caucus is going to find common ground with Calypso Louie, they’re still way, way, way out there, and the Congressional Black Caucus, I mean, they’re elected by their constituents. I was watching CNN. CNN This Morning had a little interview. They were exploring the notion — and I was reading this on closed-caption so I’m not sure I got the whole purpose of the story because I came in the middle of it, but they were interviewing people about the conspiracy theories involving what happened in New Orleans. Now, I’m assuming because Calypso Louie’s Million Whatever-It-Is March is coming up this weekend, that they were asking some people down there what they thought of the possibility there was sabotage on the levees, or that they were blown up, and person after person after person, “Oh, yeah!” One person thought that Al-Qaeda did it, our enemies, and the reporter said, “Al-Qaeda?”
“Well, I don’t know his name.” Another one said, “Yeah, we have leaders in this country capable of this.”
Well, now, I’m sorry. If that makes up a large percentage of the African-American voting bloc, I don’t know that Condoleezza Rice is going to be enough to peel 50% of them off, but Morris is a pollster so he may have some polling data that gets it. Giuliani and McCain probably could beat Hillary. I do not think that Hillary is invincible. I’m one of the few, I guess, that is not intimidated nor afraid, but the problem with McCain or Giuliani to get the nomination are going to have to talk about being conservative, and the trick — well, not Rudy so much as McCain, although Rudy does have the gay rights, the gay marriage, and the pro-abort problem with the social conservatives. But both of them, if they’re able to attract enough Republican conservative voters in the primaries, and they just say what they have to say during the primaries to get the voters and then they go back to who they are as president, my theory is going to be washed. But my theory basically is that the base isn’t going to accept anything but the real deal now, that this is the straw that broke the camel’s back. It’s going to be the real deal or it isn’t going to be anything at all. It’s Gary Tuckman’s piece on CNN: “Katrina Conspiracy.” So I assume they’re talking about the levees and whatever other conspiracies there are, this was caused by the government or what have you.
END TRANSCRIPT