RUSH: The Washington Post has this piece on Joe Wilson and what a questionable character he is, and I find it fascinating that this piece runs today. Why run a piece that basically casts doubt on your star, hmm? Why run a piece that casts doubt on the star around which your whole case is built — that case being that Bush needs to be impeached, that Scooter Libby and Karl Rove need to go and that Dick Cheney outed this poor man’s wife and destroyed her life. “To his backers, Joseph C. Wilson IV is a brave whistle-blower wronged by the Bush administration. To his critics, he is a partisan who spouts unreliable information. But nobody disputes this:” He’s a publicity whore. Now, they don’t write that. It takes up a whole paragraph to say it but you can say what I’m going to read you in the one paragraph in those two words. He’s a publicity whore. Here’s their photograph: “Possessed of a flamboyant style and a love for the camera lens, Wilson helped propel the unmasking of his wife’s identity as a CIA operative into a sprawling, two-year legal probe that climaxes this week with the possible indictment of key White House officials. He also turned an arcane matter involving the Intelligence Identities Protection Act into a proxy fight over the administration’s credibility and its case for war in Iraq.” Not only is he a publicity whore, but the guy set out to undermine this presidency and I think the war on terror. That is my theory. I don’t think it’s an accident that his wife working over there at an analyst desk on weapons of mass destruction at the Central Intelligence Agency gets him sent to Niger. I do not think this is an accident.

“Also beyond dispute is the fact that the little-known diplomat took maximum advantage of his 15 minutes of fame.” That’s because he’s a publicity whore. “Wilson has been a fixture on the network and cable news circuit for two years — from ‘Meet the Press’ to ‘Imus in the Morning’ to ‘The Daily Show.’ He traveled west and lunched with the likes of Norman Lear and Warren Beatty.” (laughing) What does that tell you? Next thing you know, he’ll be having breakfast with David Brock. “He published a book, ‘The Politics of Truth: Inside the Lies that Led to War and Betrayed My Wife’s CIA Identity.” He’s a publicity whore. “He persuaded his wife, Valerie Plame, to appear with him in a January 2004 Vanity Fair photo spread, in which the two appeared in his Jaguar convertible.” He’s a publicity whore, plus he buys foreign cars. I know Jaguar is now made by Ford, but it’s still made over there. “Now, amid speculation that prosecutors could bring charges against White House officials this week, Republicans preparing a defense of the administration are reviving the debate about Wilson’s credibility and integrity. Wilson’s central assertion — disputing President Bush’s 2003 State of the Union claim that Iraq was seeking nuclear material in Niger — has been validated by postwar weapons inspections. And his charge that the administration exaggerated the threat posed by Iraq has proved potent.” Now, that is flat out untrue. Bush’s claim that Iraq was seeking nuclear material in Niger — has been validated by postwar weapons inspections? No such thing has been validated by postwar weapons inspections. Nobody said they bought yellow cake from Niger. They were trying to — and, by the way, that has been confirmed, and the Brits, the original source of this, still stand by it.
“At the same time, Wilson’s publicity efforts — and his work for Sen. John F. Kerry’s presidential campaign — have complicated his efforts to portray himself as a whistle-blower and a husband angry about the treatment of his wife. The Vanity Fair photos, in particular, hurt Plame’s reputation inside the CIA; both Wilson and Plame have said they now regret doing the photo shoot.” Like hell they do! You can’t convince me a publicity whore regrets publicity. When have you known any whore to regret it? Not ’til a convent gets hold of them, and Joe Wilson is nowhere near the convent. “Wilson’s critics in the administration said his 2002 trip to Niger for the CIA to probe reports that Iraq was trying to buy uranium there was a boondoggle arranged by his wife to help his consulting business. The Wall Street Journal’s conservative editorial page, defending the administration, wrote yesterday that, ‘Mr. Wilson became an antiwar celebrity who joined the Kerry for president campaign.’ Discussing his trip to Niger, the Journal judged: ‘Mr. Wilson’s original claims about what he found on a CIA trip to Africa, what he told the CIA about it, and even why he was sent on the mission have since been discredited.'” What do you mean the Journal judged? There’s no judgment here. This is all true.! Still, the Post is publishing this stuff. Oops, my state-of-the-art lighter just plummeted to the floor, and since I don’t bend over in public — and this is public since the Dittocam is on — I’ll have to wait till the break to get it.

“Before the Niger episode, Wilson was best known as the charg d’affaires in Baghdad, a diplomat commended by George H.W. Bush for protecting and securing the release of American ‘human shields’ at the time of the Persian Gulf War. He was not known as a partisan figure … and says he was neither antiwar nor anti-Bush when he went to Niger in late February 2002.” Well, hell’s bells, he’s a child of the Sixties. “Later, Wilson became prominent in the antiwar movement.” Later he became prominent in the anti-war movement? He was never anti-war before this, but then he became prominent in the anti-war movement — and Cindy Sheehan never gave a rat’s rear end about it, either, until she became a member. “In June 2005, he participated in a mock congressional hearing held by Democrats criticizing the war in Iraq. ‘We are having this discussion today because we failed to have it three years ago when we went to war,’ he said at the time. The next month, he joined Sen. Charles E. Schumer (D-N.Y.) at a news conference on the two-year anniversary of the unmasking of Plame. Wilson has also armed his critics by misstating some aspects of the Niger affair.” So how could the Journal have judged, then, Mr. Milbank?
“For example, Wilson told The Washington Post anonymously in June 2003 that he had concluded that the intelligence about the Niger uranium was based on forged documents because ‘the dates were wrong and the names were wrong.’ The Senate intelligence committee, which examined pre-Iraq war intelligence, reported that Wilson ‘had never seen the CIA reports and had no knowledge of what names and dates were in the reports.’ Wilson had to admit he had misspoken.” No, Wilson admitted he LIED. It’s spelled L-I-E-D. Is it in the stylebook of the Washington Post when you’re discussing a Democrat? Can you use the word L-I-E-D in the Washington Post when you’re writing about a Democrat? No. He admitted that he misspoke. “That inaccuracy was not central to Wilson’s claims about Niger, but his critics have used it to cast doubt on his veracity about more important questions…” Well, a liar is a liar. Try bringing him into court with this background, Mr. Fitzgerald. If you’re thinking about an indictment, here’s one of your witnesses. Let’s see you roll this guy out. I can’t wait ’til some classy defense lawyers get hold of this clown, along with Judith Miller. “[T]he Senate committee found that ‘interviews and documents provided to the committee indicate that his wife … suggested his name for the trip,'” but… “Wilson has maintained that Plame was merely ‘a conduit,’ telling CNN last year that ‘her supervisors asked her to contact me,'” but… 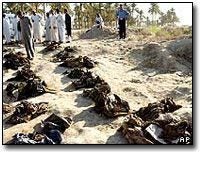 “[T]he Senate committee found that ‘interviews and documents provided to the committee indicate that his wife … suggested his name for the trip.’ The committee also noted a memorandum from Plame saying Wilson ‘has good relations’ with Niger officials who ‘could possibly shed light on this sort of activity.’ In addition, notes on a State Department document surmised that Plame ‘had the idea to dispatch him’ to Niger” in the first place! Folks, I am telling you that if ever anybody gets to the real bottom of this, we’re going to find a plan that’s been hatched by these two. We’ll possibly find a plan, allegedly hatched by these two for political purposes. “The CIA has always said, however, that Plame’s superiors chose Wilson for the Niger trip and she only relayed their decision. Wilson also mistakenly assumed that his report would get more widespread notice in the administration than it apparently did. He wrote that he believed ‘a specific answer from the agency to the office of the vice president’ had probably taken place, perhaps orally. But this apparently never occurred. Former CIA director George J. Tenet has said that ‘we did not brief it to the president, vice president or other senior administration officials.’
“Instead his report, without identifying Wilson as the source, was sent in a routine intelligence paper that had wide circulation in the White House and the rest of the intelligence community but had little impact because it supported other, earlier refutations of the Niger intelligence.” So Cheney didn’t even know that it was Wilson here that had been sent over there to do this report and when Tenet told him all what had happened Wilson’s name was not even part of it and yet Cheney and Scooter Libby somehow found out and they sat on it of course to destroy the great patriot Joe Wilson and his lovely, beautiful wife, the CIA agent, Valerie Plame. Folks, there’s a reason this appears in the Washington Post, as much as they try to sugarcoat this. It is very odd to me that you run a piece that mentions all of these allegations and cases of admitted misspokenness about your star witness. This is just curious. Now, some people say, “Rush, you’re making too big a deal about this. The Washington Post is just trying to show that they’re balanced here when the case goes one way,” and maybe so, but I still find all this amazing, given the fact that all this was stated by the very same people in the Washington Post and New York Times, 1998, 1999, it’s as though those years have not been lived yet. They never happened –1998, 1999 — when the same things about WMDs were being said then as they are being said in 2002 and 2003, never occurred. The first utterances of weapons of mass destruction in Iraq came from the lips of George W. Bush, and he’s lying.
END TRANSCRIPT