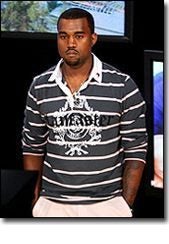 RUSH: Since Mayor Nagin was at the White House announcing that the levees are going to be rebuilt stronger than they were before, and since Senator Landrieu was also on television just a moment ago, it’s time for some New Orleans news. “Statistics released by the Louisiana Department of Health and Hospitals suggest that fewer than half of the victims of Hurricane Katrina were black, and that whites died at the highest rate of all races in New Orleans.” Well, it turns out that Katrina was a racist hurricane, just in a way that people missed at first. “In the aftermath of the storm some liberals were quick to allege that the Bush administration delayed its response to the catastrophe because most of the victims were black. Damu Smith, founder of the National Black Environmental Justice Network, in September said that the federal government ‘ignored us, they forgot about us … because we look like we look.’ Nation of Islam leader Louis Farrakhan in October said that the Federal Emergency Management Agency wasn’t fit to help the storm’s victims because ‘there are not enough blacks high up in FEMA’ and added that, ‘certainly the Red Cross is the same.’ Rapper Kanye West used his time on NBC’s telethon for the hurricane victims to charge that, ‘George Bush doesn’t care about black people.'” He got a Grammy nomination because of that. He was rewarded.
However, the has come in. “The state’s demographic information suggests that whites in New Orleans died at a higher rate than minorities. According to the 2000 census, whites make up 28% of the city’s population, but the Louisiana Department of Health and Hospitals indicates that whites constitute 36.6% of the storm’s fatalities in the city. African-Americans make up 67.25% of the population and 59.1 percent of the deceased. Other minorities constitute approximately 5 % of the population and represented 4.3% of the storm’s fatalities. Overall for the state, 658 bodies have been identified. Forty-seven percent were African-American and 42% were Caucasian. The remaining bodies were either non-black minorities or undetermined.” But on a percentage basis, a larger percentage of the white population in New Orleans died than did the black population. Now, 658 bodies is a far cry from, what was it, 10,000 body bags we were going to need? Yeah, 10,000.
END TRANSCRIPT