RUSH: Senator Kennedy, among other things, said that a justice “must have the courage and the wisdom to speak truth to power, to tell even the president that he’s gone too far. We have a president who claims he has the authority to spy on Americans without the court order required by law.” That, again, is just a repetition of the contemptible lie that the Democrats in the media are trying to spread. I mentioned this yesterday: the Foreign Intelligence Services Act, the FISA Court, this is about intelligence. This is not a spying program. (Bill Clinton did that. It was called Echelon.) Kennedy goes on to say that the record “demonstrates we cannot count on Judge Alito to blow the whistle when the president is out of bounds.” It raises a larger question. In all of this, NSA spying scandal, what are we getting? We’re getting questions about hearings. 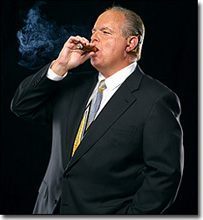 Arlen Specter wants to do hearings, look into what kind of powers the president has, and all these other members of Congress and the Senate demanding the same thing, along with the media. The real question about this is this: Where does Congress get off demanding a role in this process? What part of the Constitution authorizes Congress to substitute its policies on the battlefield for those of the commander-in-chief? Where does the Constitution say that any member of Congress, or Congress in toto, is a co-participant in the role of commander-in-chief? Why is it assumed that Congress gets to make these decisions, when in fact they don’t? Now, there are things they can do. They can cut funding. They can de-authorize the war that way, but I don’t see any of them raising that idea. I don’t see any of them suggesting that we need to do that, but they cannot micromanage a war.
They have the power to regulate the military. That means they can determine pay scales and pensions; they can pay for or not pay for troop levels. They can authorize certain types of medals and uniforms and all that kind of thing. But Congress has never had war-making authority. They can declare war or not declare war, but with the War Powers Act we can go to war without them if we want. Furthermore, what part of the Constitution grants authority to any judge? He keeps talking about Alito won’t be a whistleblower. Alito won’t “blow the whistle” on George Bush, as he tramples all over our fingernails and our safe-deposit box boxes, and whatever else Bush is doing. What part of the Constitution — I’m serious about this, folks — grants authority to any judge or any court to second-guess military decisions made by the commander-in-chief?
We have all this talk going on about the president needing judicial authority to order intercepts. We don’t have a word about the constitutional justification for that. As I have been trying to drill home the past couple of days, this has nothing to do, this whole NSA spy scandal has nothing to do with probable cause. It has nothing to do with search warrants. We are talking about something that’s actually quite simple, conceptually, and that is intercepting enemy communications during a war. We’re not chasing down car thefts, we’re not chasing down bank robbers, and we’re not chasing down rapists, because in Vermont they only get 60 days anyway, so what’s the point? The idea that the president has the power to blow up cities during war without seeking approval from Congress or a judge or secret court before making the battlefield decision has that power, but he doesn’t have the authority to determine and learn the enemy’s whereabouts or next steps through intelligence-gathering?

We don’t question his authority to order bomb strikes. We don’t question his authority to order certain military maneuvers. But now all of a sudden we question his authority to determine and learn the enemy’s whereabouts or next steps through intelligence-gathering? The two don’t connect. It’s incongruent. The question is asked, “Who will check the president’s power?” The answer to that is something I already mentioned: Congress has the power to cut off funding if it wants — and that’s a pretty big check if you ask me. I mean, if they really don’t like what the president is doing, kill it. Kill the money for it. They can do that, and he can of course not sign it and they can override the veto but they can do that and I don’t hear any of them suggesting that. Apart from that, though, the president has the final say as commander-in-chief, just as Congress has the final say on appropriations.
You know, the president doesn’t get to walk up to Congress and sit down and say, “You know what? I’m going to investigate you guys. You guys aren’t doing what I want you to do.” He can’t. All he can do is propose a budget, but if you’ve noticed — if you’ve been paying attention all your adult life you know that the final budget is authorized by Congress. All of the spending, all of the so-called cuts that never are, they all come from Congress. The president has no authority. He sends his budget up, and of course Congress routinely says what? “It’s dead on arrival.” So when the president says, “You guys are dead on arrival when you’re trying to interrupt me, I’m the commander-in-chief” everybody says, “Well, we’re going to check the president.” They claim that Bush is nothing more than an “imperial presidency.” You want an imperial presidency, how about Franklin Delano Roosevelt?

We were talking about him packing the court yesterday. He wasn’t just packing the court with as many Democrats as he could get. He wanted to add, what, six more? What was the Supreme Court at the time, nine? He wanted to add. He wanted a total of 15 justices on the court. He wanted to get up, add five or six. That’s packing the court. FDR. You talk about violating civil rights? How about the internment of the Japanese? The Japanese-Americans during World War II? Lincoln and getting rid of habeas corpus. I mean, George W. Bush has interceded the least when it comes to all of these kinds of things and yet they’re out there trying to cast him as this imperial president. The bottom line is Congress has no authority to oversee or to second-guess or to even participate in commander-in-chief duties. Now, unlike federal judges, the president — and neither do judges, by the way.
The judges are not even trained. Judges don’t even get the intelligence. Judges don’t even get the war plan. Judges are not even involved in any aspect of it. Why in the world would Kennedy or anybody think that a judge should have some role in the conduct of a war and have a co-participant role in the constitutional powers vested in the commander-in-chief? It’s absurd. All of this is absurd. Now, the president’s term is limited. Federal judges are not. And unlike federal judges, the president must stand for election. So the real imperial threat would be rearranging the Constitution in such a way as empowering unaccountable, unelected, lifetime appointed judges to make these decisions, and that’s what Ted Kennedy and his ilk are attempting to do here.

They don’t like the Constitution the way it’s written and they’ve been showing us evidence of that for as long as I’ve been paying attention as an adult. You want to talk about a real imperial presidency or a real imperial authority, you let a bunch of unelected, unaccountable judges start playing a role in commander-in-chief duties, and we’re going to be in a huge mess, and that’s when your liberal friends and your liberal Democrat Party politicians seek to do here with all of this talk about who’s going to be the balance of the president? You are, if you’ve got the guts, Senator Kennedy. Just introduce the legislation defunding the war, defunding FISA, introduce legislation and go out and convince a bunch of people to vote for it to cut off all of the money for these operations. Short of that, shut up.
BREAK TRANSCRIPT
RUSH: One last point, folks, on all of this, this nattering from the Democrats that there must be some check on the president as we’re in the middle of a war — and Judge Alito will not be the one to “blow the whistle,” Senator Kennedy fears. Have you noticed it is the same liberals and the same media types who accuse anyone who actually believes in the written Constitution of being some sort of extremist? That’s what they did to Bork. “Can you believe what’s in the Constitution? Why, what a backward Neanderthal you are! Why, that’s a living, breathing document that should bend and shape and form and flake to accommodate the modern evolution of society.” Of course, they love the living, breathing Constitution.
But you notice the same people — the same people who chastise those of us who believe in the written Constitution — are now waving the Constitution around as if it supports their position that the president lacks the power to secure intelligence on the enemy? The same people, the same people who find a privacy right to support abortion on demand somehow can’t find the precise language in the Constitution that does in fact empower the president as commander-in-chief to make these wartime decisions. Nothing changes. They look at the Second Amendment, it’s not there. “If the Founders knew what this country was going to become, why, they never would have put the Second Amendment in there. So we can throw it out.” Oh, you mean you want to go to original intent? “No, no, no, we don’t want to go to original intent. We’re not saying that at all.”
So you’ve got the living, breathing Constitution. So the way the liberals read it, if it’s in there, it isn’t, and if it’s not in there, it is. Now, this is not a group of people that’s building a solid foundation on which to grow and inspire a political movement or political party. You are witnessing an implosion, and I’ll tell you the number one characteristic or human trait that is causing all this to happen, aside from the fact that they’re just dead wrong is arrogance. Arrogance gets in the way of so much, gets in the way of you understanding who you really are and accepting the truth about things, enabling you to see reality. Arrogance is the thing that allows you to pretend you live in your dreams, that you somehow are God’s gift to everybody, and they aren’t, and never have been.
END TRANSCRIPT