Woodruff Makes It Real for the Media? 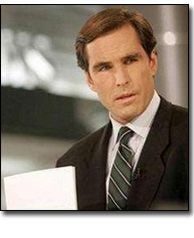 RUSH: This is Elizabeth Vargas today on ABC’s Good Morning America, host Diane Sawyer and Charlie Gibson are talking with her and ABC News President David Westin. And Diane Sawyer says, “To that point, being in the Iraqi vehicle was part of the story. The story right now is the Iraqi troops traveling with the American troops.”
VARGAS: Are they prepared enough to take over the security of Iraq so that American forces can come home? That is the big single issue in Iraq right now, and I covered the story when I was there, Bob was out covering the story. You can’t assess their readiness unless you’re traveling with them and observing them do their job.
RUSH: All right, so this is basically a scheme here. The subtext of this is all this is Bush’s fault. The Iraqi troops are not ready, and our anchorman, Bob Woodruff is over there. He has to go with the Iraqis. He has to go with the armored personnel carrier. It’s not quite up to snuff, he has to do that to get the story. And, of course, traveling in this less secure vehicle. But that’s what the Iraqi security forces are in, that’s the story. It’s Bush’s fault. Up next is ABC News President David Westin — pardon me, I got a frog in the throat here today, folks. I’ll try not to clear my throat too often in your presence. Charlie Gibson says, “David, in some way does this change things now in the kinds of risks to be assumed and the kinds of things that reporters might do? Because this is so high profile, and in fact even though we’ve had so many reporters already who have died as Diane mentioned.”
WESTIN: My initial reaction is we’ve all talked about this as a very real possibility, but this makes it real. I mean, we’ve talked about it, we knew someone was going to get hurt. We discussed what can we do to try to minimize that risk, how cautious can we be. But now it’s really one of us, and two of us, actually. What choice do we have? As long as the United States is over there, and our men and women are over there and they’re in harm’s way, this is a story we have to–
VOICE: Every day.
WESTIN: Every single day, what choice do we have but to figure out as best we can how to cover that story? That’s what we do.

RUSH: Okay, I understand what these people are trying to say here, but you talk about insensitivity. The idea that makes it real. This is a news organization which participated in the happy count-up to a thousand soldier deaths, 1,500 soldier deaths, 2,000 soldier deaths, that didn’t make it real. This makes it real, Bob Woodruff and the ABC cameraman being hurt. This makes it real. The soldiers, ah, that’s what they do, they’re props, you know, when they die, we can add up the numbers and we can hope to influence policy with this. But, oh, wait a minute, this is real, this is finally real. Our men and women in uniform get hurt every day over there defending freedom. It’s been real to all of us since it began. I guess it’s a new aspect of journalism. “Well, what we report on, you know, it doesn’t really happen until it happens to us, then it’s real.” Now, Gibson then said — and he’s talking to ABC’s David Wright in Baghdad — says, ?Well, when the bomb went off, Bob Woodruff and his cameraman were in an Iraqi armored vehicle in a convoy of Iraqi soldiers and members of the US 4th Infantry Division. ABC’s David Wright in Baghdad has a minute by minute account of what we know about how this happened.?
WRIGHT: Both of them, when they went out on this assignment, serious veteran war reporters. And they knew full well that this is a dangerous place. Bob and his team were riding in the lead vehicle in the convoy, an Iraqi light armor personnel carrier, wearing helmets and flak jackets, they stood in the back hatch taping a stand-up when the explosion hit.
RUSH: They stood in the back hatch taping a stand-up when the explosion hit. Now, this just seems to be so out of touch and so far removed from reality. Serious veteran war reporters. They knew full well this is a dangerous place. Bob and his team were riding in the lead vehicle, an Iraqi light armored personnel carrier, wearing helmets and flak jackets. By the way, body armor, which, how long ago was it the media was telling us about how poor the body armor was? The body armor wasn’t working. American troops didn’t have the proper equipment, they weren’t properly equipped, they weren’t properly protected. Bush and Cheney didn’t care. Rumsfeld should be fired, and now they’re out there saying it was the body armor that literally saved the lives of Bob Woodruff and his cameraman over there. How fast these 180s are made. At any rate, I have all the sympathy here in the world for Bob Woodruff, don’t misunderstand, folks, I just think it is instructive to look at what it takes for these people to understand that this is real and that this is dangerous.
They run stories trying to impugn the character and the makeup and the intellect of the armed forces that volunteer to go over there. We’ve chronicled these stories for you, at least in newspapers over the past year. They’re a bunch of hayseeds, they’re a bunch of hicks, they don’t have any future because they live in America; and as everybody knows, it’s 1930s in the American economy, so there is no future. These people are so dumb and stupid they can barely get out of high school, much less have a chance to go to college, and so the Army and running the risk of getting killed, why, that’s the only chance these people have. How many stories, if there were one there were 20 that we chronicled last year. You know, we get all of this attention — and I don’t mind it — all this attention paid when an anchorman gets hit, but the average story of a car bomb in Iraq is how the insurgents are winning, how we don’t know how to win the peace, but we never get stories of the wounded American man and woman in uniform, not like this. The disparity here in how reality is defined and how it is even felt, is quite stark.
END TRANSCRIPT