RUSH: An amazing interview on ESPN between one of their website reporters, Michael Smith, and Philadelphia Eagles quarterback Donovan McNabb, who really takes out after Terrell Owens in this interview, and eventually says that Owens — by suggesting that the Eagles would be undefeated if Brett Favre were the quarterback — was essentially engaging in “black-on-black crime.” That’s what McNabb said, and there’s something everybody is forgetting about this. I’m stunned. Everybody is forgetting. Owens didn’t say that! He was being interviewed by Michael Irvin, and Michael Irvin said, “What do you think if Brett Favre were the quarterback?”
“Oh, I think we’d be undefeated.”
Now, clearly Owens is trying to get under McNabb’s skin, but he didn’t bring it up. Michael Irvin brought it up — and of course who is it that’s making race out of all of this? ESPN and McNabb! So they’re all upset here. Owens supposedly suggested a white quarterback, and that really burned McNabb because that’s “black-on-black crime.” Owens suggested nothing. He was responding to a question posed by Michael Irvin, who is a black guy. We may as well identify everybody’s race in all this. This is just laughable to me. I mean, ESPN bringing up race; McNabb bringing up race; Owens sort of subtly involving race by deigning to answer the question, and everybody getting the quotes wrong, and everybody is missing the story. I mean, McNabb doesn’t even know what he’s talking about in this case, because Owens was just sitting there answering a question that was posed to him by a reporter. Now, if Owens had sat there and said, “Who would you like to be quarterback?” and had himself said Brett Favre, then McNabb might have a point, but I thought race didn’t matter to any of these people anyway. I thought we were long past that.
BREAK TRANSCRIPT
RUSH: Here’s the money sound bite, the ESPN interview with Donovan McNabb and ESPN.com’s Michael Smith. He was asked, McNabb was, for his reaction to the comment made by Michael Irvin and agreed to by Terrell Owens that the Eagles would be a winning team if they had Brett Favre instead of McNabb. 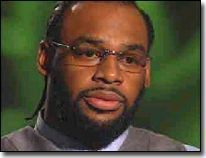 McNABB: It was definitely a slap in the face for me. It was a slap in the face because, you know, as deep as people won’t go into it, it was black-on-black crime. I mean, you have a guy that has been criticized just about all his career, and now the last criticism was that I’m selling out because I don’t run anymore, by an African-American — and to say, you know, if we had Brett Favre, you know, that could be, you know, okay. If you had, you know, another quarterback of a different descent, ethnic background, that we’ll be winning. It’s different to say, well, if we have Michael Vick, or if you say we have Daunte Culpepper, Steve McNair, Byron Leftwich. But to go, you know, straight to Brett Favre, you know, that kind of just slapped me in the face, like wow.

RUSH: Now, let’s review this. Again, you have to remember that there’s something that needs to be specified. Owens did not bring up the name Brett Favre. Michael Irvin did. Michael Irvin brought up Brett Favre. I don’t know that he did it because Brett Favre is a white guy. Brett Favre happens to be, by reputation, the best quarterback in the league who is still playing. Not as evidenced by this current season, but as evidenced by his Hall of Fame statistics and credentials. So you can’t just say, “Well, they brought up Brett Favre because he’s a white guy.” He brought up Brett Favre because he’s a good quarterback, for crying out loud! When we get to the point where you can’t bring up a good quarterback to replace a failing quarterback simply because he’s white and the failing quarterback is black, then you’ve got a lot of hypocrisy and roadblocks. But let’s also remember this.
After my analysis on ESPN (Watch Video) in which I said that I thought McNabb was not as good as everybody else thought he was, that he was being propped up by a socially conscious media which has this desire for black quarterbacks to do well, he had a press conference. McNabb had a press conference and said he didn’t know why I had to bring up race. He thought we were all “past that.” It confused him. He said he didn’t view himself as a “black quarterback.” Then he made it to the Super Bowl last year, the went in there to play the New England Patriots, and McNabb kept bringing up Doug Williams’ name as the only black quarterback to win the Super Bowl. He clearly saw himself the last Super Bowl as a black quarterback, and he clearly sees himself as a black quarterback now, and sees Owens and Michael Irvin engaging on black-on-black crime.
Black-on-black crime! We’re talking about criticism here. The other thing, you know, I know what Donovan McNabb seeks to do professionally, and I don’t criticize this at all. He’s patterning himself after Michael Jordan. He wants that kind of aura and ability to sell products, be a spokesman, be a leader. That’s the athlete he is patterning himself after, which makes this agreement to do an interview yesterday all the more confusing and mysterious to me. Why, when you’re trying to establish yourself as a man of the people, go out and get yourself involved as a victim in a made-up racial controversy? The third thing I want to point out here is note this took place on ESPN. The subject was just totally race, totally race. “We can’t have that on ESPN. We’re not going to put up with that.” (laughing) It’s funny. John in Philadelphia, you’re up first today. It’s nice to have you on the EIB Network.
CALLER: Thanks, Rush. Giant dittos from Philadelphia.
RUSH: Thank you.
CALLER: I believe that this is a PR crime. I’ll try not to commit a hate crime here in discussing the issue, but I think they need to hire you, as you mentioned before, as their PR agent. Donovan just has to shut up and not talk about this. Here in Philly now the focus is going to be back on him performing. T.O., same thing. He could have won the PR battle had his mouth gotten out of his way, and his PR agent said, “Look, you know, I just want to play hard, and I just want to win.” These guys, it’s a PR crime what is going on, that they would pay that much to have someone do their PR. 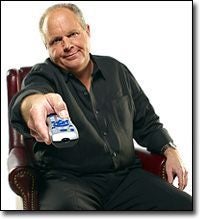 RUSH: Well, what we didn’t have in the audio on this, and this makes this even more interesting or puzzling, is that I — by quirk of fate — happened to see this last night. I was watching Sports Center because of the Super Bowl. I wanted to see what’s going on for the Steelers, and I saw the first part of the interview, and McNabb says in the interview that he first heard Owens make this Brett Favre comment when he was about to get in bed. It was late one night, and he and his wife were lying in bed. He said he started laughing when Owens made that comment, and he said his wife looked at him and said, “That makes you laugh?”
“Oh, yeah, just made me laugh. Just silly. It’s absurd. I couldn’t stop laughing,” McNabb said. Then it didn’t take two minutes before it became what you heard. So obviously it didn’t make him laugh. Obviously it’s bugged him, and I can totally understand it. There was a challenge to McNabb’s leadership in the locker room, his ability to perform on the field. The Philadelphia media, to this day, is writing — there was a story earlier this week that he’s got a lot of work to get his reputation back. I thought they were totally unfair to the guy. He’s trying to play this past season with a sports hernia, but he was out there trying to make a go of it for his team, because without him they were going nowhere. Owens was, you know, lifting weights in the front yard while shooting hoops. But I’ll still offer to broker the peace here. I don’t think my offer will be taken up, but you’ve got a good idea out there, John. Somebody needs to tell these people how they’re coming across because they have no idea.
BREAK TRANSCRIPT
RUSH: I was just telling Snerdley and the gang on the other side of the glass in there, “First, the only thing that surprised me about the McNabb interview is that my name didn’t come up,” and then I understood why. There is a gag order on my name being uttered at ESPN because it’s too racially explosive and controversial. What a bunch of just self-serving hypocrites this whole crowd has turned out to be. I just could have predicted it.
END TRANSCRIPT