RUSH: I’m sure you’ve noticed it today and I’m sure last night, too, the drive-by media continues to lie about this rigged CBS poll. Here’s an example, the Knight-Ridder Tribune News Service, William Douglas doing the honors here as the drive-by media writer. Headline: Bush Approval Rating Nearing Nixon’s Levels. “President Bush’s job-approval rating fell to an all-time low — 34 percent — in a poll published Tuesday.” They don’t even talk about the sampling of this poll and how it was so over-weighted with Democrats, over-weighted with independents. And, by the way, if you look at the internals, there were a lot of questions in this poll. And just to remind you, one of the questions in this poll totally and dishonestly and purposely miscast the NSA spying program. It’s not domestic spying, it is foreign surveillance. And so the question went something like, “President Bush has a plan here to prevent terrorist attacks, monitoring some phone calls in the United States. Do you think this is good or bad?”
Well, that didn’t describe accurately or even come close to describing the program. The answer, thus, is useless. The answer is worthless. This poll was meant for the exact reason that it is being used now, it was simply to make news. This was not a poll for education, information. This is simply the latest technique for media people to make news, and they’re out there hyping this poll, which everybody now knows is flawed if not purposely rigged. That it’s a CBS poll ought to be racing eyebrows everywhere. The level of unprofessionalism and irresponsibility, utter irresponsibility on the part of the drive-by media continues to exceed all bounds I thought that could contain it. There doesn’t seem to be any internal concern over the lack of professionalism, the lack of accuracy. None whatsoever. And that’s why I say they have simply become, in the open, what they have always been and tried to hide, and that is out and out ideologues, a subchapter, if you will, of the Democratic Party, or of the American left. 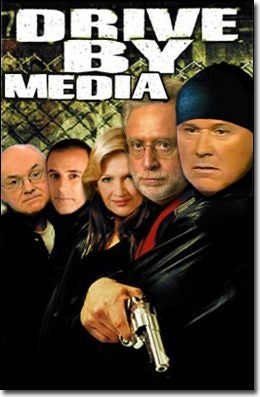 So they’re out there continuing to spew the results of this poll which are obviously flawed. Listen to how our buddy over at CNN, Bill Schneider, dealt with the weighting. Oh, I was going to say one other thing. When you go through these questions, and you look at the answers, they had something like 27% Republicans in the poll, 40% Democrats, and the rest were independents. Well, if you look at the answers to the questions that the independents gave, they practically mirror the answers the Democrats gave. And I think independents, I think most of them are phony baloney, plastic banana, good time rock and rollers anyway. They’re gutless moderates who don’t have the guts to tell us who they are and what they stand for. They want us to believe they are the open-minded among us and the far-minded, above the fray, and they are not ideologues, oh, no, no, no, and they wait issue by issue by issue until they’ve examined everything before they come to a conclusion. Which is BS because all they do is wait for the majority to form and then, like cowards, sign up with it so they can be part of the big clique, all the while masking the fact that they really are gutless wonders. I have no respect for moderates, and I’ve made that clear on this program countless previous times. And I don’t see any difference here between an independent and a moderate. You boil it all down, they’re still liberals. And if you look at the answer to these questions in this poll, you will see there’s very little difference between the way the independents answer the questions.

So basically you had a poll sample with 27% Republicans, and the balance was Democrats. That’s the way the poll came out, by the way, 34% approval for Bush, 18% for Cheney. If those numbers are accurate, I’d like to ask our friends in the drive-by media, I’d like to ask you this question. If those numbers in your highly touted poll are so accurate, how is it that the Republicans are running rings around the Democrats in fund-raising? And don’t tell me it’s just the fat cats because Democrats have more fat cat contributors than Republicans do. Big business gives to both sides. It’s a protection racket, so you cancel them out. I’m telling you, if those poll numbers are accurate, the Democrats ought to be just swamping the Republicans in terms of campaign donations, from any level. The five dollar givers, the 25-dollar donors all the way up to the thousand, two-thousand-dollar donors, whatever the max is now. And it simply isn’t the case. Eighteen percent approval for Cheney — that is such a crock. I want you to hear how our old buddy at CNN Bill Schneider dealt with the sampling in this poll. Wolf Blitzer said to him, “Whenever there are bad poll numbers for Democrats or Republicans, they always come out and say the poll wasn’t good. There was a disproportionate number of Democrats or Republicans. Can’t tell you how many times I’ve heard complaints like this. We’re hearing it right now from Republicans who hate this CBS poll. But give us your thoughts, O guru Bill.”
SCHNEIDER: Well, there were an unusually high number of Democrats in the CBS News poll, but it’s not unusual for party affiliations to fluctuate with events, particularly if voters are angry about something, as they clearly are about this ports deal. Sometimes those shifts are temporary.

RUSH: That is unbelievable. He says the oversampling of Democrats in the poll is probably because people are so mad about the ports deal that they’re calling themselves Democrats in this poll. CBS couldn’t find any Republicans? Come on, Bill, you’ve got to come up with something better than that to explain — how many of you people change your party affiliation willy-nilly like this? He can’t support the statement. They have to find a way to support the poll. Remember the only way you make that statement is if you think your audience is a bunch of dummkopfs, if you think your audience is an idiot bunch of people. If you have contempt for your audience’s intelligence and you don’t respect them that’s how you come up with an answer like that. Let’s not forget, CBS did a flash poll after the State of the Union address, remember that? And Bob Schieffer had to report that 73% of the audience liked it.
How did he explain that away? This is before he gave the results of the poll, he went out of his way to discredit his own flash poll, his company’s own flash poll, he went out there and said, “We have found in previous State of the Union addresses Republican presidents generally draw a much larger audience of members of their own party and vice-versa, Democrats watch State of the Union addresses more when their party has the presidency. That being said,” and then he paused and you could hear the disbelief in his voice, “73% of the people in their flash poll right after the speech said they liked it, Bush did a good job.” He had to discredit his own poll before giving the result because he couldn’t stand the number, or somebody at CBS. We always associate these things with the anchors, but there are countless people behind the scenes writing these words on the TelePromTer, producing these newscasts and shows. Remember, it’s a product, and it’s like any other product that gets packaged and produced. It’s sometimes what’s not in there that’s just as important as what they do put in there. Dingy Harry had to get in on this, pretending to be a member of the drive-by media. He spoke to the press late yesterday about the president’s poll numbers.

REID: The poll numbers we’ve seen of the president, where he has a 34% approval rating, masks the approval of the vice president which is down to about 18%. But these poll numbers are indicative of the failures of this presidency.
RUSH: All right, now, let’s go the Today Show today, Matt Lauer talking with Chris Matthews about the president. And Matt Lauer said, “The latest poll has the president at an all-time low. Is it the economy? Is it Iraq? Is it Afghanistan? Is it the port deal? What is out there, oh, guru Chris?”
MATTHEWS: It’s terrible news for the president, 29% on personal approval. People don’t like the president even more than they don’t like his policies, which is a staggering blow because he’s had two things going for him, the war on terror, and likeability. They’re both gone now.
RUSH: So they’re out there, the drive-by media flogging a botched, rigged, flawed poll and they think they’re getting away with it, which they’re not. How about that list of things? Is it the economy? Is it Iraq? Is it Afghanistan? Is it the ports deal? Gotta take a break, have about 30 seconds here, but honestly, if you just research the news yourself, you go to various websites to look at the news, I will guarantee you that even I, my friends, before I was able get my arms around this and get a grasp on this, even I was confused with all the economic reporting, just looking at the headlines that are out there today.
END TRANSCRIPT