Port Debate Is Good for Security

RUSH: Kerry in San Diego, welcome to the program. Nice to have you with us.
CALLER: Hi, Rush. Good to be on.
RUSH: Thank you.
CALLER: Good non-union truck driving diesel burning dittos to you. I have a point to make about the whole port deal. I spoke with a twenty-plus year Navy SEAL who is getting ready to gear up for a third deployment into a combat zone and I asked him about his whole take on the port issue. And he said, “Look, 9/11 was executed by going through American-run terminals, American company terminals. They used American company assets, airplanes, and they did it with box cutters which are now once again legal to bring on airplanes.”
RUSH: Are they? Wait a minute, no, no, no. I don’t think that’s true. I don’t think box cutters have been legalized again. I don’t think they ever will. A knife —
CALLER: The smaller cutting devices, was his point.
RUSH: Okay, smaller cutting devices, like a knife. You can take your switchblade on there but you can’t take a box cutter. 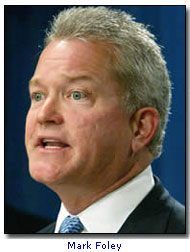 CALLER: His whole point was that there is not going to be the shadiest even hint of a difference between who runs it, you know, it’s just neither here nor there. He pointed out that security isn’t run by the management of the terminal. It’s usually run by a guy that’s getting paid nine or ten bucks an hour to mosey around the fence. So he said that’s where he saw the greatest threat.
RUSH: Well, I appreciate the call, and please don’t take this the wrong way. But everything that your SEAL guy told you we have explored and mentioned on the program all last week. It’s one of the irritating things as a talk show host, as the premiere host. I must confide in you people that there are parts this issue that after awhile, “Oh, please, can we get on to something else, because we’ve started repeating ourselves now.” But on the other hand repeating ourselves is oftentimes necessary in order to hit as many brains, minds, and hearts as possible because some people are just now still coming to this or are now getting off of their first knee-jerk reactions, and are just now starting to learn about it. You know, the learning curve is not as quick for some people. So repeating these things is useful.

As far as getting comments from military people, I’m getting e-mail, you know, we have thousands, tens of thousands of soldiers that are now members of the website, military members because of the Adopt-A-Soldier Program. I’m getting e-mails from these people in our 24/7 e-mail account box from people who have had experience with the Emirates and the people there, and they like them. The Navy, people in the Navy are sending me glowing reports about how it is to deal with them and their port over there. So I’m not surprised that your SEAL would have that impression of the deal.
What you said about 9/11, I remember saying that the chilling thing about 9/11 to me, aside from what it was, was that everything used was American. They even stopped an election. There was an election scheduled in New York on either that day or the following day, and they even succeeded in stopping an election. They came and used our flying schools. They rented American cars from American companies. Well, I don’t know if they’re American cars, but they were cars in America. They got on domestic airlines. They didn’t get on United Arab Emirates airlines. They didn’t get on Air Saudi. They didn’t get on Iraqi National Airways. They got on American, and they got on United. They hit American targets with American products that they had converted to weapons. And that’s the thing that was just striking. So in light of that, do we take that and say, okay, and of course there was no Arab ownership of terminals or anything to do with 9/11, that the airports that were used, Newark and Logan, they didn’t go through and didn’t have to.

So you take that, say okay, does it matter, then, that an Arab company is going to have ownership of nine terminals at six ports on the eastern seaboard of this country — Philadelphia, Maryland, Baltimore, New Jersey. It leads me to think that all of this debate about the port deal is actually having a very good upside to it, or derivative, and that is finally a focus on security at these ports, not that there hasn’t been, but it’s causing people — see, I think a lot of people got lax and lazy after 9/11. We stopped showing people the pictures. The Democratic Party has spent the last five years trying to convince you that we don’t have an enemy, that there was just an isolated incident, and they tried to continually create this pre-9/11 world. And I remember lamenting that maybe we’re going to need to get hit a couple more times before people understand that this is a war and that it was just not an isolated incident, because it wasn’t isolated and it was not the first time the World Trade Center had been hit. The first time was February 26, 1993. And they tried to do then what they succeeded in doing on 9/11. They figured out they had to do it from above rather than below because of the size and structure of the buildings.
Now all of a sudden we got an enemy. Now all of a sudden Democrats for the first time in five years are concerned about all this. Up ’til then, Bush has been the enemy and the spy program and the prisons and the torture chambers and all that’s been the enemy. So I think they’re in big trouble. But when you look at the fact that we had 9/11 take place, with everything involved in it being American, nothing had to be imported. All they had to do was make sure the cops didn’t notice the multiple driver’s licenses and make sure they didn’t see the overlooked or outdated visas. Just had to stay out of trouble, not commit any serious crimes before the big event. That’s all they had to do. Didn’t have to infiltrate anything, just come in as immigrants seeking asylum or whatever ruse that they used.
END TRANSCRIPT