RUSH: I have a piece in the American Thinker. It’s one of my favorite and most thoughtful blogs. John B. Dwyer. ‘After the fact of the demise of the…’ Did you say that I’m being called an elitist now? I’m being called an elitist? Wonderful. Well, at least it’s not profane. I’m an elitist because I’m in the 10% that doesn’t like what happened yesterday. ‘Ninety percent of the people have spoken. Ninety percent of the people wanted what happened to happen, and I think I’m smarter than everybody…’ I don’t think I’m smarter than anybody! I’m more informed on this. If that makes me smarter, then I’ll lay claim to it. I’m not smarter than anybody else. I’m just more informed than 90% of the people in Washington who were dealing with it. At any rate…

‘After the fact of the demise of the US terminals deal &ndash; yes, I said terminals not ports; nobody was going to be controlling those ports &ndash; let’s take a look at an excerpt of the Fact Sheet that’s been posted at the Homeland Security website for a while now. Of course, arrogant, Bush-hating, manipulative, re-election obsessed congressmen &amp; senators could not be

bothered with these facts.’ This is actually DHS website. ‘The Coast Guard routinely inspects and assesses the security of U.S. ports in accordance with the Maritime Transportation and Security Act and the Ports and Waterways Security Act. Every regulated U.S. port facility is required to establish and implement a comprehensive security plan that outlines procedures for controlling access to the facility, verifying credentials of port workers, inspecting cargo for tampering, designating…’

Forget about the story yesterday that we got all these truck drivers that drive in and out of the ports in New York and New Jersey, haven’t even cleared security yet. ‘Terminal Operator: Whether a person or a corporation, the terminal operator is responsible for operating its particular terminal within the port. The terminal operator is responsible for the area within the port that serves as a loading, unloading, or transfer point for the cargo. This includes storage and repair facilities and management offices. The cranes they use may be their own, or they may lease them from the port authority.’ Wait, ‘port authority’? What’s the port authority? Well, it happens to be next on the list here.

‘Port Authority: An entity of a local, state or national government that owns, manages and maintains the physical infrastructure of a port (seaport, airport or bus terminal) to include wharf, docks, piers, transit sheds, loading equipment and warehouses,’ and that is Those are all owned by governments — state, federal, you name it. ‘Ports often provide additional security for their facilities. The role of the Port Authority is to facilitate and expand the movement of cargo through the port, provide facilities and services that are competitive, safe and commercially viable.’

Then it goes on to talk about all the different defense mechanisms and security and screening and inspection mechanisms that are involved here. Then it lists what DP World will operate at the terminals within six US ports currently operated by the United Kingdom company P&amp;O. I’m not going to go through all that. Mr. Dwyer concludes: ‘I’ve been working on some doggerel descriptive of the terminals deal fiasco but could only come up with the last lines: And if congressional brains were cargo, there’d be nothing to unload.’ Now we go to the Washington Post, and one of these stories that appear during the argument over this, during the debate. 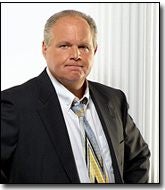 The headline: ‘Overseas Firms Entrenched in Ports — Despite Dubai Company’s Withdrawal, Others Are Likely to Stay Put.’ What’s interesting in this story: ‘There is an important reason why terminals are usually managed by foreigners: The shipping companies themselves are largely foreign, and they have generally sought to control terminals so that they can be certain of having the most reliable, efficient facilities possible for loading and unloading their vessels quickly to reduce costly time in port. That arrangement has suited local port authorities; they want to ensure that their ports will draw enough traffic to generate revenue and employment….

‘But keeping the foreign-owned companies in the ports may be essential for another reason: the nation’s need for financing to increase port capacity. Foreign shipping companies, eager to increase their business, will presumably be willing to provide the funding; it is unclear whether enough money can be obtained domestically.’ It goes on to cite other statistics that explain in black and white why all this has happened, why who owns what, why they own it, how often and how frequently they expand. It makes the point that these companies are just businesses. They’re not terrorist organizations.