RUSH: A couple little sound bites here just to illustrate something that we brought up yesterday. There was this news story, survey, the Committee on Excellence in Journalism or whatever it is, went out there, and they found out that there just aren’t enough reporters anymore. There’s all these stories out there, but they’re hardly ever covered. The same stories seem to be just repeated over and over and over again, which is true. That’s what the drive-by media does. They simply pound something into the dirt, don’t let go of it, and of course if it fits their action line, they pound it even more. We have an example of this. Unfortunately, our example, again, comes from CNN and my good buddy Wolf Blitzer. So I just want to mention this is not to target Wolf Blitzer. I’m not picking on Wolf. It’s just the best example from yesterday that I can cite to you. 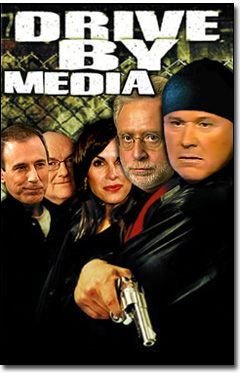 The story yesterday was the president’s new poll numbers. Have you noticed, by the way — and I’ve had people e-mailing about this — we had CBS and their rigged poll two or three weeks ago showing the president at 34%. Then some other outfit came out with a poll that showed the president at 39% and yet they said, “In his lowest performance numbers ever, the president today in a personal approval, the presidential approval number is 39%.” Everybody said, “Wait a minute! Last week you said it was 34%.” Okay. Now you’ve got this CNN/USA Today/Gallup poll, and their poll says that the president is “the lowest he’s ever been rated,” 36%. Now, this is in their own polls. They don’t specify that, yet when that CBS poll came out, they all reported it. They couldn’t wait to report it. It was one of these stories that just got pounded and pounded and pounded, and as each company or network came out with its own poll that showed a different number, they automatically forgot the 34% CBS number and focused only on their own poll showing the president had “never been lower,” when everybody knew that you had just reported he was lower — and this is why there’s just confusion.

You’re not trustworthy. You’re not believable. One day you’re reporting 34% as the lowest ever because it’s from CBS and then after that, polls come out with a higher approval number, you still call those the lowest ever, and everybody knows you’re ignoring the last poll of 34%! So it makes people wonder, “Well, how can we trust anything these people say?” Well, here is Wolf, and this is CNN, and there’s a whole team of people that put these news shows together. As I told you, “It’s packaged, just like any product on a shelf,” and there are people that package it; there are people that market it; there are people that produce it, and then there are people that sell it — and the anchors are the salesmen. But they’re not often always the producers and the marketers and the writers and so forth. There’s a whole crew of people doing this, and that’s how you get the whole culture that exists in the drive-by media.

So this is an example here. Not one thing you’re going to hear in this montage is repeated. Everything was said as stand-alone in this montage. They reported the new USA Today/CNN/Gallup poll as BREAKING NEWS for three hours. Breaking news! What have I always told you that they run these polls for in the first place? They are to generate headlines; they are to make news. They are not to reflect public opinion. This is simply a way to make news. It’s lazy journalism. It’s become a staple. So here you have in the four o’clock hour, in the five o’clock hour, and in the seven o’clock hour: “Bush’s approval ratings at an all-time low,” this to illustrate how they just keep pounding one story over and over and over again, rather than focus on the wide variety of news that no doubt is happening out there.

RUSH: None of that was repeated. We didn’t repeat any of those things, and there was more. We just left it out because of time constraints. That was a minute 25 seconds as it was. But you heard their “lead story” was a poll, and it was the lead story for three hours. They didn’t stop, though. Today they brought in their political scientist and poll analyst, the estimable Bill Schneider, and they had to bring Schneider in because they found something disturbing in this poll, and that is that almost 60% of the American people are saying pretty good things about the economy, and they found that disturbing. So Bill Schneider was brought in to put this disturbing news into perspective.

BILL SCHNEIDER: A lot of economists are saying things are pretty good around the country, uhhhh, and Americans seem to reflect that and they’re optimistic also. About 60% say they expect things to be better next year even than they are now. Uhhh, that — that’s a good number. Normally, you know, the old cliche, uhhhh, from 1992, it’s the economy, stupid? Well, the economy is doing well. But there’s another rule in politics that goes like this. “If the economy is bad, the economy is the issue. If the economy is good, something else is the issue,” and that seems to be the rule right now. The economy is pretty good, but people are upset over a lot of other things, most of all, Iraq.

RUSH: Uh, there’s another rule in politics, or there’s another rule in media these days? There’s another rule in media these days. When the economy is going good, you ignore it. In all of 2005, all the stories about new job creation, two million new jobs, 151 stories in all media over the course of a full year on how well the economy was doing. They’re not even reporting it! No, no, no, because they gotta go out and find something to nail Bush with. So this new “rule” in politics, but I’ll tell you, when the economy was great during Clinton, they harped on it! They focused on it! They heralded it. They trumpeted it! They celebrated it. There wasn’t any desire to go out and find something wrong. So it’s not a new rule in politics. It’s a rule in media.