RUSH: We’ve gotta get Mike up there. Mike’s been holding on here for a whole hour. He didn’t want to surrender the line. Mike in San Diego, I’m glad you waited. I appreciate your patience. Thanks much.
CALLER: Oh, thank you. Got an article here from the Washington Times national weekly edition for September 19 through 25th, 2005, talks about illegal aliens being arrested in nuclear power plants in Omaha, Iowa, and Florida.
RUSH: I have the press release&lt;/a> that the Immigration and Customs Enforcement Division of homeland security put out, and you’re exactly right, and you know, I didn’t know this until you called and alerted it to us, and then we were able to go to ICE website and get the details. “ICE agents arrest illegal aliens in Omaha nuclear plant. Arrests are latest in a series of illegal alien

apprehensions at nuclear facilities in recent months.” You know, I’m sure that even though this came as a shock to me, I can’t believe that such concerned senators as Senator Schumer who, of course, along with Republicans led the port deal charge to make sure that we weren’t going to have (whispering) Arabs running the terminals at those ports because we just couldn’t have that, but now we’ve got some arrests last year of illegal aliens working at nuclear power plants. Now, I don’t know about you, but are nuclear power plant jobs, are they now part of the category of jobs the American people won’t do? I appreciate your heads-up on this, Mike, and when I have more time we’ll delve into some of the details.
BREAK TRANSCRIPT
RUSH: Okay, here are the details on the arrests of illegal aliens at nuclear plants. March 18th, 2005, “ICE agents arrested an illegal alien performing contract pipe insulation work at the Duane Arnold Energy Center nuclear power plant in Palo, Iowa. During a two-week period in March 2005, ICE agents arrested six illegal aliens performing contract maintenance work at the Crystal River nuclear power plant in Citrus, Florida. All were employees of a specialty services company now cooperating in an ongoing ICE investigation. One of the illegal aliens indicted on criminal charges of reentering the country after deportation.
“On November 7th of 2004, ICE agents arrested 44 illegal aliens in the Marley Cooling Technologies factory in Olathe, Kansas, it’s outside Kansas City, where cooling towers for nuclear plants are manufactured. The illegal aliens had used fraudulent documents, had made false statements to gain employment at the facility. The aliens were placed into immigration removal proceedings. Marley Cooling Technologies cooperated in the investigation.” Now, the press release that I have here from ICE, the Immigration and Customs Enforcement Division, Homeland Security, does not identify the country from which the illegal aliens in these three instances were from.
BREAK TRANSCRIPT
RUSH: In addition, these stories now just keep rolling off the press at us. In addition to the illegal immigrants found working at these three different nuclear weapons facilities, get this. “Scores of illegal aliens…” This is a Washington Times story&lt;/a>, October 22nd of last year. “Scores of illegal aliens working as cooks, laborers, janitors, even foreign language instructors, have been seized at military bases around the country in the past year, raising concerns in some quarters about security and troop safety. The aliens did not work directly for the military but rather for private contractors, as part of a large-scale effort by Pentagon to outsource many routine rear echelon jobs to free up the troops to concentrate on waging war. Some worry this fast growing practice could make US military installations more vulnerable to security breaches.” This is incredible! And it makes the debate that we’re having in this period even more ridiculous.
BREAK TRANSCRIPT

RUSH: All right, this is cool. We’ve got a guy on the phone here from Olathe, Kansas which is one of the sites that some illegals were rounded up at a nuclear plant. This is Joe. It’s nice to have you with us. Welcome to the program.
CALLER: Hey, Rush. First time caller.
RUSH: Thank you.
CALLER: I was working as a helper for a contractor. We were laying some cement at the Marley Cooling Tower Company&lt;/a>, which is basically a big radiator for a nuclear plant, and we was working along and next thing I know about 50 guys in black jumpsuits and goggles and all kinds of stuff come out of the woodwork, and I would say probably 99% of who they arrested were illegals from Mexico, and there was two Nigerians apparently that were on some type of watch list. He was wondering what the makeup was and —
RUSH: Yeah? So 99% of them were Mexicans, huh?
CALLER: I would say so. I mean, I didn’t have a count, you know? Sorry. I’m driving a truck while I’m talking on the phone.
RUSH: Well, tell me something, Joe, since you were there. You saw the arrests happen. Were people shocked?
CALLER: Oh, I was shocked. I mean, these guys come out with guns and — yeah, I mean, everybody. I mean, I was rounded up.
RUSH: Wait, wait. Who came out with guns, the ICE people?
CALLER: It was everybody. It was Olathe police, highway patrol, sheriffs.
RUSH: It wasn’t the illegals who had the guns, it was law enforcement.
CALLER: No, no. It was all “federales.”
RUSH: (Laughing.) 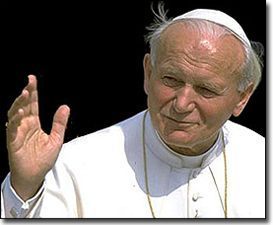 CALLER: (Laughing.) It was scary. They detained us for probably three hours. We were all given arm bands once we were, you know, found to be citizens, and there was a lot of immigrants there that were legal, by the way, that were working there and were let go, but there were quite a few that were illegal.
RUSH: Did they detain you?
CALLER: Oh, yeah. Yeah.
RUSH: Are you from Mexico?
CALLER: Yeah, they thought I was Spanish, I guess. I had my wallet. I left my wallet in the truck and so I couldn’t produce an ID, and was it was ugly. I wasn’t sure what was going on that night.
RUSH: Wow. Well, I tell you. I’m glad you were listening, because none of the stories that I read about this identified the national origin of these illegal immigrants that were apprehended at the various nuclear plants. Now, what you have to understand is that these are not nuclear power plants. There aren’t that many. We have some, but most of these are nuclear weapons plants, nuclear facility or plants that make parts for eventual assembly in nuclear equipment. Joe, thanks much. Ephraim in Atlanta, you’re next on the EIB Network. Hi.
CALLER: Hey, Rush, I’m no broadcast professional so you’ve gotta excuse me, you know.
RUSH: It’s all right. I don’t expect you to be. See, you don’t come to this program as a caller with expectations of being a highly trained specialist. That’s me. So you don’t need to worry about that. Just relax, chill out.
CALLER: I’m glad one of us is anyway. Hey, listen, a couple of days ago I was listening to you and I heard about how these radical socialist communist people are trying to take over this immigration debate, and now I’m a naturalized citizen, immigrated here about 30 years ago, my family did, went through the whole process, years, thousands of dollars in making it happen, and so on. So I’m a conservative. I am a Reaganomics, you know, supply-sider, free marketeer kind of a person, and some years back, two or three years ago, I met a wonderful woman who wasn’t from this country so I went through the process of getting my wife from El Salvador, getting her permanent residency and so on. When all this stuff started, my wife is getting me all riled up. She’s telling me, “Hey, listen, why don’t you not go to work today? Don’t spend any money. Don’t do all these other things,” and I’m like, “Hey, wait a minute, honey. This ain’t right. I’ve gotta work. Somebody’s gotta do this stuff.”

RUSH: You mean your wife tried to get you to join one of these boycott things?
CALLER: Well, you know, when we started talking about it. Her heart is in the right place. She agrees with me that, you know, there needs to be a managed process for immigration, but —
RUSH: What does she think when she finds out that this group ANSWER and the Free Palestine front or whatever, there are about five or six of these groups that are either far left, some of them have direct ties to past Communist Party officials, whatever they are, they’re the hate-America crowd. They’re the hate American crowd crew, and they’re trying to co-opt the next big series of boycotts and protests on May Day, May 1st, which is a big communist holiday of the past and they’re trying to coordinate this massive national strike, if you will, against shopping, against work, against anything, and then coupling that with the protest. Now, I mean what is this illegal immigration movement about? They’re being co-opted if they need to be co-opted by a bunch of hate-America crowd. I think this is only going to cause an even bigger backlash among the American people, another jump-the-shark moment. Does your wife — has she had her mind changed about this since she heard that?
CALLER: I’ve been on the road this last week so I haven’t had a chance to talk to her face to face, but she came from a country in El Salvador where they had these leftist people attacking the government. She has no love for the people that go in there and try to break down this country. She loves this country for the great job that it has done in her country and helping her and her compatriots there.
RUSH: Yeah.
CALLER: So I’m pretty sure that once she becomes educated and understands that these people are the same, you know, leftist wackos and communists that are out there, she would, you know, see that. I know I am. I’m frustrated. One of the first things that I told my wife that I feared was, you know, when all of this was started, you know, there’s going to be these Jesse Jackson wannabees out there that are going to be trying to do this, and it’s going to diminish the real debate, and —
RUSH: They’re already out there. It’s called Ted Kennedy. He’s already proclaiming this to be the next civil rights movement. Meanwhile, Jesse Jackson is missing the boat. He’s out there trying to defend Barry Bonds and trying to get voters back to New Orleans. He’s missing the boat on the next big protest movement. It’s kind of funny to see some of these people lose touch. Anyway, Ephraim, I’m glad you called. One way of getting your wife to agree with you would be to take the opposite position of what you feel, tell her you agree with her, she can’t possibly agree with you — you’re the husband — and so you’ll bring her around that way. It’s a little trick I’ve learned a lot. Thanks much. I’m only kidding, folks, as you know, I love stereotypical humor precisely because it’s stereotypical.
END TRANSCRIPT