RUSH: Speaking of the immigration breakthrough this morning, how many of you have gone out and rented a DVD (I don’t rent them because you have to take them back. My time is more valuable, so I buy ’em) and you put the DVD in there, and here comes this giant blue warning: “FBI! You could go to jail for five years and be fined a quarter of a million dollars for copying that DVD,” and you don’t even have to sell it to anybody. You just give it away. You just distribute it beyond your copy and, boy, if they find out about you, you are in trouble! I mean, Hollywood’s lost billions of dollars. It’s called piracy.
Same thing happens with CDs, but DVDs they’re the ones with the big warning on there. Well, using the current breakthrough immigration bill as a model I think we can now fix the illegal bootleg problems with DVDs and CDs. Here’s how it will work. You know, Hollywood is going to demand a similar problem-solving bill because they’ve lost so much money on piracy. It’s been going on for years, and now we’ve got this model to have a similar breakthrough. A legal pathway is now possible. of dollars are at stake here. There’s an out of control bootleg problem going on, maybe millions of people are guilty of breaking the law. 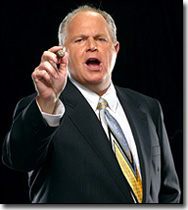 If you have copied a DVD, you know who you are, and it’s not that hard to do. Millions of you have done it. Millions of you have broken that law. Millions of you are running the risk of being tracked down by the FBI, fined 250 grand, and perhaps facing imprisonment of five years — and it doesn’t matter. You are undaunted. You continue to do this despite the threats, despite the warnings on the front of every DVD when you put it in the machine. It’s getting worse every day. Now, we can’t grant amnesty to all the lawbreakers around the world, but we don’t have to be careful. We don’t want to upset China regarding their illegal bootleggers and bootleg products because they invest in America.
They have a lot of treasury securities. A lot of our national debt is bought by China. Plus we have a lot of economic agreements with China. We cannot afford to make the Chinese mad by enforcing the bootleg and piracy laws when it comes to DVDs, and we don’t want to make the French mad because at some point a Democrat is going to be president again and they’ll become our favored allies in the war on terror. So we don’t want to upset China. We don’t want to upset France, any more than we want to upset Mexico regarding illegal immigrants. So we have to do this right. So here’s my plan. All of those of you who have made or bought bootleg DVDs or CDs — and let’s go back and let’s include VHS tapes because before the DVD came along, people were copying those things left and right, too.

If you have made or bought bootleg DVDs, CDs or VHS tapes more than six years ago, you have to turn yourselves in now and pay a $100 fine. Just show up to the FBI and say, “I’m guilty. I did it, and I want to pay my $100 fine.” Whatever language you show up and speak will be fine. You don’t have to necessarily show up and speak English. You can speak any language as long as you just show up and you did it. Bring the DVDs that you copied; bring the evidence. If you don’t turn yourselves in, then you do this at great risk because we have mechanisms here. (laughing) We’re going to find you just as we found you the past six years, which means we’re not going to find you.
But we want you to turn yourselves in and that you’ve been illegally copying and bootlegging DVDs and all the rest. We’ll take your word for it when you tell us that you broke the law, but we know everybody’s going to be honest about this. We know that when we grant this amnesty program, that all of you who have violated the law are going to come forward and pay your $100 fine and not fear being pursued ever again. Now, it’s different for those of you who made or purchased bootleg products lessthan six years ago. have to turn yourself in. You have to pay a fine; you have to promise not to do it again, and then you’re good to go, and if you don’t do this we’ll find you and we’ll lock you up like we’re doing so well right now with the illegal immigrant problem. 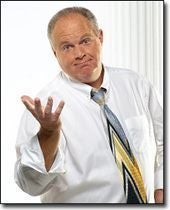 So if you’ve been doing these DVD hijackings for longer than six years, then turn yourself in, pay a hundred-dollar fine. If you’ve been doing it less than six years, turn yourself in and pay a hundred-dollar fine, and promise never to do it again, and if you do want to do it again then you’ve got to go through the legal process of bootlegging. There is a pathway to legal bootlegging and we’ll show you what it is at the FBI. Anybody who has made or bootleg DVDs or CDs or VHS tapes within the last two years, you are the real targets just as we are targeting recent illegal immigrants. We’re going to get you.
You who have only been doing this for two years (laughing), we’re going to really get you. You better turn yourself in or we’re really going to do something because enough is enough! Watch your back. We’re going to get you. Just like we’ve gotten all these other bootleggers, we’re going to get you — and we could do this with guns. We could do this with virtually any illegal activity that we want, and Hollywood? Do you think Hollywood would be satisfied with this deal-hundred-dollar? Hundred-dollar fine and basically the permission to keep doing it (laughing) because we’re not going to track you down, because we can’t? Anyway, I love solving problems, folks. As I say, we don’t just don’t just screech and moan and whine on this program. We actually offer solutions.
END TRANSCRIPT