RUSH: Here’s Mike in Longmont, Colorado. You’re next on the EIB Network. Hello.

CALLER: Hi, Rush. Glad to speak with you. Look, it’s sort of like our legislators have declared war on us, and us being the people who basically are supposed to be the bosses of the country — ha-ha — but in the meantime, try this one on for size. No immigration without assimilation, because that covers all the bases and that’s the big issue right now. These folks want to come here, use, abuse, drain until it turns pale white this country and send their monies back to Mexico, et cetera. I have no problem with legal immigration. I have no problem with legal immigrants. They come to this country and make a contribution. They become citizens, assimilation. That isn’t what these people are after. And what they’re after is more than illegal. It’s immoral because it’s designed to destroy our country. 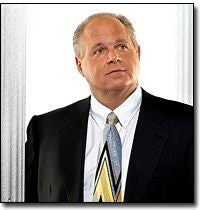 RUSH: Hang on just a second. Just a second. I need to find something here, you’ve just reminded me, and I want to do it live rather than go get the tape. The morning update that ran today, I brought it up with me from Florida somewhere here. I have to find it. I’ll locate it during the break, and again I want to do it live. I’ll not tell you right now what it was that you triggered in me that leads to this. I want to respond to something else that you said in your call. You said, ‘No immigration without assimilation.’ Let me repeat again, just so nobody misunderstands. There are two groups of Hispanic immigrants that we are talking about. There’s the group that’s following the legal pathway, and then there’s the illegal group. The illegal group is what we are all concerned about here, and the lack of any attention or concern to it. Number one, it represents a huge problem border security-wise. There doesn’t seem to be any focus on securing and shoring up the border. But beyond that, that second group has no intention of assimilating. That’s the point.

Politicians in Washington don’t care. That’s not at all what they’re concerned about. They only see masses and masses of new voters down the road, both parties are looking at it that way, and they’re looking at it as if they’re afraid to offend any of these people or their counterparts anywhere else for fear that it will be taken against them, taken out on them at the polls. This business of assimilation, when you talk about the legal pathway to immigration and the traditional stories we all know from Europe, eastern and western Europe, southern Europe, China and the Asian community, Pacific Rim. Mexico is different in this regard. All those people that left far-away lands knew full well they were coming to America, they wanted to become Americans, and that’s what immigration required of them. They learned the language. We did not have to change any language laws in order accommodate them. They came and became Americans. Well, Mexico is just, depending on where you are, a couple feet away. It’s not like there is a long journey and you’re giving up a culture and abandoning it. You’re just dropping across the border for a job. You’re coming here for work because your own country is so pathetic, that they have a policy that believes in a permanent underclass of low-paid workers as a means of supporting the elite, and they’re never going to change that.
So you have the illegal community, not even immigrants, that’s the thing nobody’s facing here, particularly in Washington. This is not an immigration problem. This is a flood America with low, uneducated job applicants from one particular country, Mexico, and maybe other Latin-American countries have a percentage of it, but there’s no attempt to assimilate. That’s not why they’re here. They’re not here to become Americans. They’re here looking for jobs. I’m sure many of them think at some point they’re going to go back home. When they get here they find out, “Wow, this is place is even better than we heard,” and they don’t leave. Now, when I say this, I’m not commenting on the character of these people when I talk about they’re not here to assimilate. I am not saying that as a group that they are deficient in character or anything else, but they are who they are. They’re uneducated, they’re not immigrants, and they’re not trying to become Americans.

The problem is not going to be solved. We have just sanctioned this. In fact, it’s going to get worse. We think we’ve got 11 to 12 million illegals now, this is going to be nothing by the time we get to 2036 or 2030. We’re doing nothing to stem the tide. Doing just the opposite,

and a bunch of members of the Senate, many of whom aren’t going to be around to reap the rewards of their action today, have that as a bit of solace. They don’t have to worry about paying the price for this down the road at the polls, because they’re not going to be around. Many of them are Jurassic Parks already anyway. It’s cowardice, it’s fear, it’s selfish, and it is arrogance, and it’s elitism. And when you add all this up and then you still hear those people call us nativists or racists or what have you — that and we’re accused of being uncivil in the debate.

All right, immigration proposals under discussion. Let me add mine to the mix. I want to call this proposal the Limbaugh Laws. Here they are. First, if you immigrate to the United States of America, you must speak the native language. You have to be a professional or an investor. We are not going to take unskilled workers. You will not be allowed. There will be no special bilingual programs in the schools, no special ballots for elections, no government business will be conducted in your native language. Foreigners will not have the right to vote, I don’t care how long they are here, nor will they ever be allowed to hold political office. According to the Limbaugh Laws, if you’re in our country, you cannot be a burden to taxpayers. You are not entitled, ever, to welfare, to food stamps, or other government goodies. You can come if you invest here, but it must be an amount equal to 40,000 times the daily minimum wage. If you don’t know have that amount of money, you can’t come and invest. You have to stay home. If you do come and you want to buy land, okay, but we’re going to restrict your options. You will not be allowed to buy waterfront property in the United States. That will be reserved for citizens naturally born in this country.