RUSH: All right, the immigration stack. This is from The Hill newspaper today: “Democrats Up Their Latino Outreach — A group of former Clinton administration officials not fully satisfied with the DNC outreach to the Hispanic community are participating in a soon-to-be-launched multimillion-dollar effort to brand the Democratic Party among Hispanic residents. While Democratic leaders and party officials say that they will continue what they call their aggressive and long-standing effort to court Hispanics, outside allied groups such as the New Democrat Network, the Service Employees International Union, and People for the [Liberal] Way are stepping up operations in hopes of translating the high political energy among Hispanics in the Democratic…”

No kidding! What was their first clue there at The Hill?
“The efforts resemble the outsourcing of party operations in 2004 to the so-called shadow Democratic Party. Massive demonstrations shook the nation?s political landscape Monday as pro-immigration crowds took to the streets in dozens of cities. Democratic strategists called the widespread political mobilization of the Hispanic community an opportunity to win over potential Hispanic voters.” All right. Now, we’ve been chronicling this. The Republicans are making such an idiotic move with this. They’re not recruiting. They’re hoping that the Hispanics see them as really nice people, too, because of their support for the immigration bill and they’ll vote for us because we support immigration.
So I’ve been thinking about this, ladies and gentlemen, and I have something to offer. (interruption) I’m a little…? I’m getting a note here from Dawn that I’m a little off on something. Is that three comma, or three period? Okay, well, the Pratesi sheets are $3,360, not $2,000. Well, there’s obviously been a lot of inflation since the last time I was aware that I bought any. (Laughing) Okay, so there, Oprah loves her Pratesi sheets and they’re $3,000 — and that’s for one, folks, I think. It’s for one or is it a set? It’s a queen’s. Oh, that’s not even king. It’s a queen size set. Well, you know that the kings have got to be over four now for a set. All right.

Anyway, back to immigration. Thank you, Dawn, for the update on the price of Pratesi sheets. What did you do, go to the website to find this or do you have some? She was just looking online, she went to the website. I was going to have to look up what we’re paying her, otherwise… I’m just kidding, folks. Dawn, in fact, I’ll buy you a set since I’ve made fun of you on this. If you can find a Pratesi store, or order it online, whatever. If the Oprah has them, you should, too. Let’s go back to this immigration business. This is not even about immigration, as I’ve told you. You should have seen some of the signs that people were carrying.

There was a protester in New York I think yesterday carrying a sign, waving it around that said, ‘Please, would somebody give Bush a BJ so we can impeach him?’ Yeah, and you should have seen this person. It was a woman who’s obviously lost her kids a number of times in shopping malls and grocery stores and so forth. Not pleasant. Not a pleasant sight. But the bottom line it is not about immigration, it is about voters, and the Democrats are now being open and honest about it. Their outreach, they’re out there recruiting.

So let’s demonstrate this to everybody. Let’s say that we accept everything in the Senate bill, we accept everything in it, except for one thing. Illegals, no matter when they become legal don’t get the right to vote. They still have to pay the fine, have to show up, but they can’t vote or hold public office. Their kids can if they’re born here, but they can’t. All of the illegals who are here can stay, and they can work and they can get jobs. They can pay taxes. They can use the services this country has to offer, but we won’t allow them to vote.

have a veritable cow. ‘But, Rush! But, Rush! That will destroy the Republican outreach.’ There is no Republican outreach! In other words, the Democrats are trying to recruit these people and legalize them on the spot just to make them voters. In fact there’s a move on to make them voters even before they are legal, before they become citizens. Take it off the table or just suggest taking it off the table. It’s not going to change the way they’re going to vote for Republicans. It’s just an idea.

I love coming up with ways to illustrate who these people are. Now, here’s another way to smoke out the left. We do protect our borders. A lot of you think the borders are not secure. A lot of you think that we’re not doing anything to keep this inflow of humanity from getting into our country. But we do. We protect the borders; we control immigration flows, and we do it every day, and here’s how. If you are a foreigner and wanting to immigrate to this country and are a professional, if you have a specialty occupation, if you are educated, if you are a doctor, an engineer, a computer whiz, even if you are a stem cell researcher, only 65,000 a year of you can come legally to our shores and stay for three years.

With all this claptrap that the left is shouting about out there about building our country and making our country great, why do we only allow 65,000 of them, the professionals, those with specialty occupations, the educated, doctors, engineers, computer whizzes, why do we only allow 65 of them? It’s like pulling teeth to plea bargain that 65,000 number higher. Why? What does this add up to? Educated: keep ’em out. Educated enough not to buy the liberal claptrap, keep ’em out. Does the country want more unskilled, untrained, or does one political party want that? I’m not making this up. I’ve got the numbers. These are H1B visas and H1B nonimmigrant visas and these are the restrictions and I have them here.
“The H1B visa enables professionals in specialty occupations to make a valuable contribution to the American economy, a maximum of 65,000 H1B visas are issued every year. The H1B visa is issued for up to three years but may be extended. This provides a maximum stay of six years. The H1B visa holder can apply for a green card if a company wants to sponsor his or her application. Eligibility requirements: The H1B nonimmigrant visa may be issued to applicants seeking temporary work in a specialty occupation which requires the skills of a professional.
“Specialty occupations include accounting, computer analysis, programmers, database administrators, web designers, engineers, financial analysts, doctors, nurses, scientists, architects, and lawyers. The petitions are submitted by employers based on their need for the non-US resident employee. The applicant may possess a bachelor’s degree or requisite experience to make up for the lack of a masters.” We limit, we control the borders, 65,000 of those people maximum every year. The Democratic Party, do they actually want the best and the brightest of the world to get in here? Apparently not.
The Democratic Party wants to bend over backward to get people that don’t even have the equivalent of a high school diploma into this country for the sole purpose of making them voters — and, of course, the business community which wants the cheap labor that you and I end up subsidizing, but get the best and brightest from the world here, and you have to jump through hoops. But if you are not among the best and brightest, just take a little hike. Start in Mexico and head north and you’ll be welcomed with open and arms. It’s just amazing.
BREAK TRANSCRIPT
RUSH: I got a backlog of phone calls here. One more thing on immigration. I’m going to get to the phones. “Republican Leaders in the House…” This is a LA Times story, but it’s all over the place today. “Republican leaders in the House and the Senate called yesterday for removing a provision in the House-passed immigration bill that would make it a felony for a foreign national to be in the United States without a valid visa, blamed Democrats for the inclusion of the controversial language.” It’s absolutely true. The Republicans have taken the heat for this provision in this Republican bill that makes these people felons. 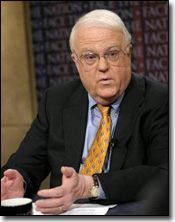 Well, what happened was that Sensenbrenner, James Sensenbrenner, is being blamed for this, when he actually offered an amendment to have the felon provision taken out, and every Democrat voted against that because they wanted the provision to remain so that they could use it to drum up these stupid protests that we’re watching. Pure and simple. I told you this in a popular morning update weeks ago, have made mention of it on this program a couple of times. The drive-by media never explained the truth of this, and yet throughout all of these protests the past couple of weeks the news has been: the Republicans want their bill to contain a felony provision; anybody here illegally is automatically a felon.
So you have these people out there carrying their signings, “We are not felons, we are not criminals. Would somebody give Bush a BJ so he could be impeached,” blah, blah, blah, blah, blah. Well, the Republicans tried to take it out of the bill. I think the Republicans did put it in. Who was it that first put it in? I forget who it was. It doesn’t matter. They tried to get it out of there because they realized the problem that it would cause, the Democrats say, “Oh, no, no, no! We’re going to make you keep this in there.” So they’re going to try to make another effort to get it out of there.
BREAK TRANSCRIPT
RUSH: Ted in Ann Arbor, Michigan, you’re next on the Rush Limbaugh program. Hi.
CALLER: Hey, Rush, how’s it going?
RUSH: Thank you, sir.
CALLER: I wanted to ask you — I heard your comment earlier, and I wanted to ask you — I know you talk about being a Constitutionalist, you know, the Founding Fathers, the principles they believed in. Your last comment about the removed from the Senate bill, the right for them to vote, isn’t that literally taxation with no representation?
RUSH: Yes.
CALLER: So you’re for — so in this case you’re going against the Constitution?
RUSH: No, no. I was talking about a political move. I know it will never happen. I just love to have it proposed because I want people to understand what the Democrats look at this immigration chance as. It’s not about immigration, when Ted Kennedy goes out and talks about these are the future, the backbone of America. “You made this country. You will make our future.” It’s all BS. He just wants them and the Democrats want them as voters, whether they’re legal or not. “You know, okay, we’ll let you have everything else in the bill, whatever is in this bill that you like, you can have it, except they can’t vote,” and just watch their reaction. It will never happen, but it will just be a way to illustrate what’s really important to them so that people could figure this out, because everybody that’s not paying close attention thinks this is really about immigration on the left, and it’s not, and it’s not about security, and they couldn’t care less about that. They can’t be trusted in that regard, either. So it would just be a demonstration. I am fully aware it wouldn’t happen.
END TRANSCRIPT