Exactly Who Is Doing Entertainment These Days?

RUSH: This is Ed in Columbus, Nebraska. Hello, sir.
CALLER: Rush, it’s nice to pick up the phone once in a while and talk to you.
RUSH: Thank you, sir. 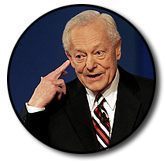 CALLER: I want to say that I see you in the ring fighting for us. I see you in the big fight, and you’ve been up against the mainstream media, and at first they ignored you, but I’m telling you what, with this drive-by media you keep saying, you landed one right on their chin.
RUSH: (Laughing.)
CALLER: I saw the Schieffer thing and they were just blinking and staggering. I’m telling you what, buddy, you landed one.
RUSH: That’s why I’ve been using it so frequently.
CALLER: Oh, I know it, your montages and so many of the other things you do, a lot of body blows, and they punch back. What round do you think you’re in? How do you feel? What round do you think you’re in?

RUSH: I don’t know that we’re ever going to defeat them.
CALLER: No, it’s a 15 round bout. Where are you, buddy?
RUSH: I think out of a 15 rounder — I can’t say I’m too far along because people will think I’m getting ready to resign. We’re probably around six here.
CALLER: There you go!
RUSH: Round six.
CALLER: Hooah, buddy! Rusty, I’m proud of you. Way to go champ. You’re my Cinderella man.
RUSH: (Laughing.) Thank you. Thanks very much, Ed. Yeah, what he was talking about, there was a big, big drive-by media seminar Wednesday night at the Bob Schieffer School of Journalism at Texas Christian University (it is an actual name). After the panel of distinguished and respected journalists — and they were all there — had made their comments and discussion, they went to questions in the audience; some guy stood up and said, “The one thing that hasn’t been raised, the one subject that hasn’t been raised tonight, Rush Limbaugh. He’s calling us drive-by media. It’s a new McCarthyism. And why doesn’t anybody fight back? Why are we just going to take this?” So here came Judy Woodruff and Schieffer, and here came Al Hunt, they were all there. Len Downie of the Washington Post actually answered that question, and said, “Well, you know, they’re just entertainers, just entertainers. Limbaugh and his crowd, they’re just entertainers.” 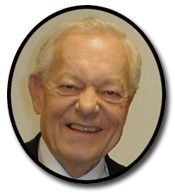 In fact, you know what? I would say that we’ve actually done a 180 on that, Ed. I think they are the entertainers. You tune into the CBS Evening News and the NBC Nightly News, whatever, how can you on Friday promote what’s coming up on the Monday CBS or NBC Nightly News? How in the world can you do that unless you have pieces, “Is your butt too big? Perhaps it’s your genes — A special report Monday on the CBS Evening News,” or whatever. Who’s doing entertainment and who’s doing serious news here? Well, the butt stuff is not serious news. If you’ve got 22 minutes to do news every night and on Friday you’re going to promote the fact that you’re going to do a story on genetics and the size of people’s butts — it’s Oprah. It’s the stuff they do in the morning shows. These people think that they are performing a constitutional responsibility to keep the nation free and open for the brave and the mountains of purple majesty and all that. I could come up with better examples than the genetic size of your butt. They do, “Did Prep H not work for you? Are you having constipation?” I don’t know what it is, but how in the world can they do that? Now, we are entertaining in our presentation, but we don’t do these silly little sideshow topics that are designed to portray you as a victim and we’re going to blame the government bureaucracy or the corporation responsible for your misery, join us Monday night. We don’t do that. I think if anybody’s in the entertainment business, it’s those guys more than we are.