RUSH: Tomorrow, the movie United 93 opens, and I have seen the movie. I saw a screening a couple weeks ago, and I asked for an interview with the writer and the director, Paul Greengrass, and conducted that interview last week. It’s for the upcoming issue of The Limbaugh Letter, and I want you to know how rare this is, folks. I can count on one hand the number of times over the course of many years that we have actually played audio excerpts of an interview in the Limbaugh Letter, and done so in advance of the issue coming out. I’m not going to play the whole interview, this is just to tease you, but we have three different excerpts here. I’m going to play one excerpt today, and the other two tomorrow. I told you about this yesterday. This is the interview portion where Mr. Greengrass suggests that we need a “consensus” in coming up with ideas on how we’re going to ultimately defeat terrorism. This little excerpt begins with Mr. Greengrass talking about his experiences, looking at terrorism and dealing with the IRA.
BEGIN INTERVIEW TRANSCRIPT 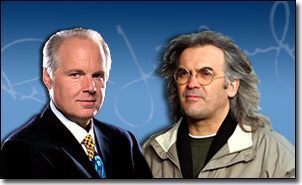 GREENGRASS: I’ll tell you one of the most chilling things that I have learned from my experience of looking at terrorism. About 20 years ago the IRA bombed the hotel where the prime minister, Prime Minister Thatcher, and her cabinet were, and about ten people were killed, and Prime Minister Thatcher — who I never agreed with politically in the entirety of her career, but she was our prime minister, and I don’t agree with blowing her up. Luckily she escaped. Later that night, the IRA issued a statement. They said, “Tonight you were lucky. You have to be lucky every time. We only have to be lucky once,” and in that expression is the heart of the mind of the terrorist operation.
“We only have to be lucky once. You have to be lucky every time,” and the truth is we can’t always be lucky.
That’s why we’ve gotta find somewhere solutions to these things, and we have to be prepared, it seems to me, and maybe you and I aren’t going to agree about this, to look at what we do and ask ourselves some tough questions about it. Are what we’re doing, are the things that we do, the things that they want us to do? Because one of the things terrorists want to do is goad us, make us react in ways that make the problem worse. I’m not making a political point now. I’m just, you know, answering the question, and that also is in this film. You know, we, all of us, wherever we stand on the political spectrum, if we’re going to confront this problem and prevail, have got to ask ourselves hard questions and be prepared to challenge our beliefs. Because unless we get some consensus here, we’re not going to prevail.

RUSH ARCHIVE: Well, I don’t think we’re going to get the consensus because as I say there’s a significant number of Americans who would prefer not to believe that this is an ongoing reality that we face.
GREENGRASS: Yep.
RUSH: It’s a one-time occurrence, and that we’re actually causing it. What we need is leadership on it and the kind of leadership that was displayed aboard United 93. Let me ask you finally the question that was asked of me by a couple people I watched the movie with. They came out and the first thing they said to me, “Do you think we’ve learned anything, Rush?” Do you, Paul, do you think we’ve learned anything?
GREEENGRASS: You know, when I go on the underground in London, I think maybe I agree with you, that we don’t to confront the reality of this. We don’t want to confront the fact, I think, that this problem is with us for the rest of our adult lives. It will probably fall to our children when they grow up to try and find some solution, because that’s what’s happened to Northern Ireland. It’s a generational thing, you know. Young men —
RUSH ARCHIVE: Yeah.
GREEENGRASS: — go off to fight —
RUSH ARCHIVE: Exactly.
GREEENGRASS: — and it’s not until they’re older men and they’ve got children of their own that they’re willing to lay down arms. But — so I think there’s some truth to what you’re saying. I think we are in a state of denial. But —
RUSH: Some of us are.
GREEENGRASS: Rush, I’ve got to say this. If you were to ask me do I think that we’re being as wise as we should be in combating this, I’d say, “Not yet.”
END INTERVIEW TRANSCRIPT

RUSH: Now, let me tell you where this went because we had plenty of laughs in this interview and he was amazed that we were getting along, because he is, admittedly, when you read the whole interview, very liberal. When he said if I were to ask him if he thinks we’re being as wise as we should be in combating this, he’d say, “Not yet,” and I said to him, “I know what you’re talking about. You’re talking about Iraq,” and he agreed. He was talking about Iraq, and when he started talking about it, he said, “Let’s save that for another conversation, because that doesn’t have anything to do here with United 93,” and I said, “Well it does.”
I said, “There’s a lot of misinformation out there about Iraq,” but we shelved the topic. But the point here is, I would urge everybody to go see this movie, and I would tell you it’s going to be intense, and you can’t oversell this point. People who have gone to see screenings of this, you’ve never been in a quieter theater, and you will never walk out of a theater with the sound of silence as penetrating as it will be when you walk out of the theater after seeing United 93. But what I found interesting here was that — I suggested to him that, you know, we don’t need consensus. “We need leadership, the kind of leadership that’s in your movie. The way to deal with these people is to kill them, which is what happened on United 93.” Once the passengers on that plane… because they were 45 minutes late. 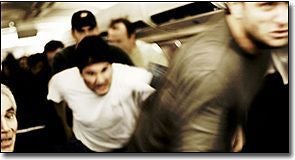 If it weren’t for the busy air traffic control schedule at Newark, they would have been off on time 45 minutes earlier. They would have already been on their way to the target and they may not have been able to make those phone calls to the ground to their families to find out what had happened at the World Trade Center and the Pentagon. So it was because they were 45 minutes late, that’s why that crew and that’s why that bunch of passengers had every bit of knowledge of what had happened as you and I did. They just hadn’t seen it, but they’d been told about it and so they moved into action and they prevented the terrorists — there were four of them on United 93 — from completing the mission.
They didn’t take a vote on that plane. There were people among — and the movie portrays the passengers as pretty much unified though not all of them participated, but most of them did, but there weren’t any detractors. There weren’t any votes, “Should we? Shouldn’t we?” They just gathered together. Todd Beamer and these people led the movement. They set out, had a plan, and they executed it, and the portrayal of that in this movie is inspirational. You just want to stand up and cheer, and there is no sympathy whatsoever for the bad guys in this movie, and I applauded Greengrass for that. You end up coming away without any question who’s responsible for all this. There’s no political pontificating in this movie. There’s no political statements. This is just a factual, as much as can be known about it, presentation and portrayal in an intensely dramatic way of what happened.