We Cannot Surrender the House of Representatives

RUSH: I know that there are a lot of you out there who are just so angry at the Republicans. You’re going to either throw the bums out or you’re not going to vote or you’re not going to send them money. I understand all that. But I’m going to tell you something. This is frightening stuff that is happening in the Senate with their so-called compromise bills on immigration, and it is apparent to me that we can surrender control of the House of Representatives. The House of Representatives is where, right now, the conservative movement, such that it is, exists in Washington. That’s the place where the Senate and whoever else in the White House down the road can be checked. The House immigration proposals make sense. They’ve got a sense of reason about them, a sense of reality. 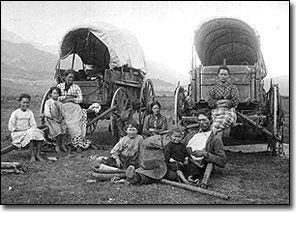 I mean, folks, look at this. We’re talking about 117 to 217 million , and some of that will be comprised of illegals being made legal during the period — in 20 years. Two-thirds of the population added to the current population in 20 years. Now, this is not the 1800s. In the 1800s we didn’t have massive welfare programs. We didn’t have a lot of these things that this number of people are going to put pressure on. We had a lot of territory that was not developed in this country. We had a lot of wide open spaces; we could handle that kind of immigration. It’s a different ball of wax now, and you can’t simply treat immigration today as it was treated in the 1800s or even the early 1900s because back then people had sponsors; there was a system. The acculturation, the assimilation was a part of it so the old melting pot would be met. This is just adding workers — and, you know, the Democrats are just standing around acting as spectators.
They are proposing anything at all. They’re sort of like — I know this is going to make some of you mad — Colin Powell. You remember back in the days Colin Powell had 70% approval ratings? Well, it was understandable: he hadn’t even chosen a party at that point. They were talking about Colin Powell for president. I was not on the bandwagon. Larry King was giving me all kinds of grief for not being on the Powell bandwagon. I’m er on the conventional wisdom band wagon. Because there was a problem: he hadn’t even told us what party he was a member of or going to join, and then he hadn’t taken a position on any issues, and I said, “Once he does that, once he tells us what his view on abortion is and once he identified a party, that 70% is going to get smaller. It’s going to get a lot smaller.” Well, the Democrats almost have the same circumstance now on immigration. They’re bystanders. They’re simply bystanders and spectators, and they’re sitting out there throwing bricks and rocks at Bush, and they’re thinking that the Republican base is going to split apart on this, the Republican Party is going to split apart on this, and so they’re implementing the cardinal rule, “When your enemy is in the process of what you think is destroying himself, get out of the way and let it happen,” and I’m telling you, this cannot be allowed to happen in the House of Representatives.

Whatever anger you have, it’s imperative, because that’s where the conservative movement now is — and the Democrats, they’re looking at all this as a bunch of new voters. Oh, yeah! I mean, they are. They’re excited as they can be. But I’m telling you: a lot of these nitwits out there think that it’s 1880. We didn’t have entitlement programs. We didn’t have free medical care. We had large land areas to settle. There was a requirement that people come here legal, have sponsors, have skills, be clean of all medical afflictions and all that. You know the number of people that didn’t get in here because they were sick of some kind? It used to be much different than it is now. A lot of people say, ‘Well, we have this romantic attachment to our immigration system because after all, Mr. Limbaugh, we are a nation of immigrants.’ Yeah, well, what we’re talking about now in this stupid Senate bill is the immigrant system that we have had through most of our history. We are not copying it. We are bastardizing it. (interruption) What, Mr. Snerdley, what? (interruption) The House doesn’t have provisions for the guest worker program? (interruption) They’re going to work that out. It doesn’t matter. The House is not proposing 200 million new immigrants over 20 years!

Folks, I don’t have anything against humanity. You know me. I’m servant of humanity. I mean, I love humanity, but none of this has anything to do with ethnicity or anything else. Don’t confuse it here. Our social welfare system is already stretched. I’m telling you, Barron’s magazine has come out and they have said that this is the first year now that the

Social Security surplus does cover Medicare payments. Everything we’ve heard about these programs coming due down the road is true. They are going to happen at some point. Look it, some people say, ‘But, Rush, but, Rush, all these new people, why, why, that’s great because it’s going to add to…’ We’ve had people call say this. ‘It’s going to add to the Social Security contributor rolls. All these new workers, we make them legal, they’re going to be paying into Social Security, and therefore I’m going to get my benefits.’ You’re forgetting the They’re all going to have children.

They’re all going to be minimum wage or not very much above it. The drain on the Social Security and other safety-net programs is going to far outweigh whatever contributions these people end up making via payroll taxes. Look, folks, if these people — let’s just use the people coming from Mexico illegally; if they were a net plus to the Mexican government in the same way you think they’re going to be a net plus to Mexico would be building the wall to keep them Now, you’re going to have to get your head screwed on right about this. Some of you people out there — and I know you’ve called here; you’ve talked about it — you: (crying), ‘I’m worried about my Social Security, Rush! Waah-haa!’ Well, you’re right to be worried about it, but the solution you’ve got, legalizing illegal immigrants, is only going to put a strain on it like I guara… (interruption) What do you mean we ought to have a civil debate? I’m being civil! Actually, we’re not having a debate. I am There is no debate here. I am a benevolent dictator.

CALLER: Oh, thank you, Rush. It’s an honor to be on your show.
RUSH: Thank you, sir.
CALLER: Rush, I called because in your opening monologue you said that the president — you thought the president — was a sincere leader, giving a sincere speech, and I found that just to be the opposite. I mean, he blamed all the problems officially, as you said, threw them back on Congress, when he, uh… Congress has appropriated money for additional border guards. He refused to spend part of it, 500 he didn’t hire. They’ve appropriated money for additional bids for detention of even terror suspects that they catch. For ten years he’s refused to spend the money. Enforcement against businesses — now, listen to this — it’s dropped from 5,000 a year under his administration to less than ten. Less than ten businesses a year! They can’t find them when they had to shut down because of this immigrant march. But the federal government can’t find them. They can’t enforce the law when one Social Security number is being used 10,000 times. He says this is a country of laws. It’s only a country of laws for the American people. 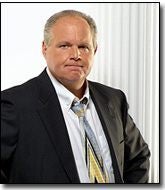 RUSH: All right. Okay, hold it, hold it. I get your point. I get your drift. Let me just ask you a question, very simply:
CALLER: I wanted to hear that he was going to build a double wall across that border to close the border and give us border security — and after that, he could deal with the illegal immigrants that we have and the future. That’s what I wanted. I wanted the House bill, and right now, I’m not represented anymore, except by Shelley Moore Capito, because it seems like the president and the Republicans in the Senate, they represent Mexico! They don’t represent me.
RUSH: Well, I agree with you about the Republicans in the Senate. These guys are a bunch of compromisers and “moderates,” way too many of them there. I think you are being represented in the House. We all are. That’s, to me, the imperative here as all this goes forward. All right, so you didn’t get what you wanted is the point. You didn’t get your double wall, and I don’t know if you had an honest expectation. Did you actually expect the president was going to offer that last night?
CALLER: Well, I thought if he listened to the people, to the 70, 80% of the people who want that border closed, yeah, he might actually think about that. Instead, he gives us smoke and mirrors and kind of spits in our face for voting for him.
RUSH: Yeah, but he’s indicated that he’s going to build a wall, and the leaks that the government, the White House put out yesterday about the speech, didn’t get anywhere near the fact there’s going to be a wall. We knew about the National Guard. We knew some of the other elements of the speech. I think the leaks were not all that accurate. But nevertheless, the things that you want, I mean, you knew that you weren’t going to get in this speech last night. So it does raise questions. I raised a question yesterday: What is going on? You talk about 70, 80% of the people who want the border closed, and yet CNN’s flash poll last night, 67% said they liked the proposal, liked the speech. I’d be interested to see if there’s a poll that we think we can down the road about the speech last night, what people actually think of it. That’s why, you know, I think the speech last night was sort of not really the point anymore. What’s going on in the Senate is the point, with this compromise bill.