RUSH: I want to go to the audio sound bites. You know, this is really interesting. Scarborough Country last night, Brent Bozell was on and they were talking about immigration numbers. Bob Samuelson of the Washington Post — and I didn’t have a chance to get to this yesterday, but it was in the immigration stack. Remember when we reported the numbers from the Heritage Foundation would be between a hundred million, two hundred million immigrants, legal and illegal over the next 20 years, and everybody said, “That’s so outrageous! That is not true,” and then they went in the Senate and they changed the bill a little bit and so the Heritage Foundation, Robert Rector, revised the number down to 60 million, between 60 and 90.
Well, Samuelson said, “This is crazy!” The White House just put out their own figures, and the number is 40 million! Forty to 60 million over 20 years, legal and illegal, and Samuelson said, “Where’s the media on this? It’s been plain as day for anybody to see. I’m a columnist. Why has nobody reported it?” We all have been talking about it, and those of us talking about it have been smeared. This was the topic Brent Bozell was talking about last night with Scarborough. The question: “Why didn’t Americans learn about these immigration figures from the mainstream media long before now?” 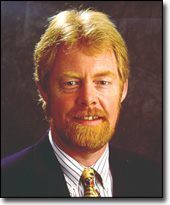 BOZELL: You will get more news from talk radio than you will get from the news media today, because in a truncated, five-minute news fluff format on CBS News. There just isn’t any substance being reported.
SCARBOROUGH: But Brent, they call Rush Limbaugh, on TV they call Pat Buchanan, all bigots. Because if you’re against this immigration bill, you are a bigot, and yet 80% of Americans and the New York Times and the Wall Street Journal, they don’t want to admit that 80% of Americans are with Rush Limbaugh. They’re not with the editorial pages of the New York Times or the Wall Street Journal.
BOZELL: That is exactly right.
SCARBOROUGH: Do these people really believe that 80% of Americans are bigoted?

BOZELL: No, they don’t, but they want to that. Look, this is an activist press. They want to create a momentum for this agenda. The Senate, meanwhile, you know, why does the Senate vote against the wishes of 80% of the American public? Why? Because they think they can get away with it. Why? Because the media won’t report the facts of what they’re doing on Capitol Hill. That’s why I’m saying, “Thank God for talk radio.”
RUSH: This is why I have always said that we are “doing the job here that the mainstream media used to do,” and Bozell is exactly right. We talked about it yesterday: feminization of big time news. It’s all about emotion. It’s all about the next crisis. It’s all about your kid might fall out of the new stroller that they’re selling at Wal-Mart. We need to sue Wal-Mart! It’s mindless twaddle, and it’s designed to hit the lowest common denominator of people watching television these days. That’s how news is programmed pretty much as daytime television is programmed as well. Now, I said yesterday on this program, “What do we need a bill for? What is this legislation for legislation’s sake? Where did this notion come from? It’s anathema to conservatives. If the government doesn’t do something, it’s bad? You can have a bad thing in a bad bill?”
Well, George Will is online today. He wrote a piece basically saying, what’s the hurry? We don’t need a bill. You know, there’s no danger in no bill. No disaster in no bill. The reason the Senate can do this is because only a third of them are up for election every two years, but the House, measuring the true temperature of the American people, is up for election every two years, and that’s where you find out what the American people think.