RUSH: The headline of the first story: Dingy Harry “Proposes Deal on Reform Bill — Immigration reform remained mired in the Senate yesterday, but Minority Leader Harry Reid indicated there may be some room for compromise. Legislation has been stalled for weeks on constitutional grounds that prevent the Senate from writing bills that raise revenue. Because the Senate legislation includes a requirement that illegal aliens pay back taxes, it must originate in the House.” Well, let’s be honest about this: They may have to pay back taxes for only three of the five years they’ve been here. 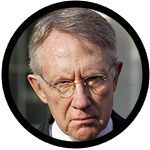 “Majority Leader Bill Frist offered a solution by attaching the bill to tax legislation that had already passed the House. [Dingy Harry] has rejected that solution. Republicans ‘think there’s a problem because they want a problem,’ Mr. Reid said yesterday. ‘They don’t want to go to conference.’ But, he also added that he’s at least willing to consider the idea. ‘I’ve got another idea for them,’ [Dingy Harry] told reporters yesterday. ‘If they want to use another bill, a tax bill, instead of the House-passed immigration bill, then let them come to me with how they’re going to not have this as a Christmas tree of tax measures. It’s up to them. If they want use a tax bill, let’s see what they can come up with to protect the Senate’s position on immigration.'”
John Boehner, majority leader in the House, said, “Unfortunately the minority leader over there,” Dingy Harry, “continues to stand in the way of getting to a conference, and I think he ought to quit playing politics with this issue and let us get to work on solving this problem with illegal immigration.” It sort of confirms what some people’s theory is. I’m sorry for being redundant on this, but there are so many people inside the Beltway in the political class, both elected and policy and media inside the Beltway who think, “Oh, my God, there has to be a bill! We have to get a bill. There has to be a bill! Well, if there’s no bill, oh, it’s horrible for Bush! It’s horrible for the GOP! We gotta get a bill.”
So it’s legislation for legislation’s sake, and the theory is that Dingy Harry subscribes to this theory, that if there’s no bill, that the Republicans and Bush will be creamed because Bush will not be able to get his own Republicans in line with what he wants, and that will make him an official dead duck, and Dingy Harry and the gang will be out there saying, “See, the Republicans can’t govern.” I almost hope it turns out this way, because the odds of getting this thing fixed… I mean, some of the things in the Senate bill are so atrocious. I don’t know how many of them these guys like Kennedy and McCain would be willing to throw away in favor of some of the things in the House. So I almost think having no bill is a more likely thing than getting a decent compromise.

Now, the third option is that we go to conference and the House caves and the Senate bill is primarily… In that case that would be disastrous and no bill would be far better than that. I’ll guarantee you if the ultimate bill that comes out of there favors the open borders crowd, there will be hell to pay on Election Day in November on the part of both parties and people who support the open borders crowd. They will fry. That will be the end of their political careers. If a bill comes out of there that has a first emphasis on border security, the people behind that are going to be heroes, and they will triumph. But I’ll tell you, of these three options, no bill is better than a bill that’s dominated in the conference by the Senate side, and the whole notion that “we don’t have a bill, we don’t have any progress,” is absolutely absurd because a bill that bad would set us back to the point of fixing it would be… I don’t even want to think about how difficult that would be. Tom in Manhattan. It’s good to have you on the EIB Network. Hello. 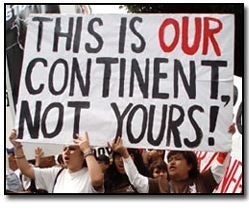 CALLER: Well, it’s great to talk to you, Rush. I’m a true fan. You really, really, really are my inspiration. You keep my thought that I can one day, too, own a jet and be a millionaire. Now, listen, a very interesting thing about this California election. Don’t you think that this could basically be a potential snapshot for how the Republicans can strategize to run the November elections? I mean, basically really the headline should have read, “Anti-immigration candidate who McCain did not support wins election.” I mean, that should have been the headline, don’t you think?
RUSH: I hope that that is part of the lesson that’s taken, yes. There’s a lot of lessons the Republicans can take from this election, and I hope that that is one of them.
CALLER: I just think that although the president, you know, is the president, you know, if the conservative candidates sort of run from this issue and (unintelligible) line over the immigration laws that they want to pass, I think that they will ensure that the House stays in place and maybe they’ll even pick up seats. I’m with you, Rush. I don’t think it’s a doom and gloom that the Drive-By Media is giving. And one more point. The only sad thing about listening to the program today was having to here Bob Schieffer because I have practically done away with all of the major news network nightly newscasts because of that sad fact, you know?

RUSH: I agree. Well, I appreciate that. The one thing — and we don’t know how this is going to turn out, but your advice is going to be tempered by what happens with this bill. When you say the Republicans gotta do X, Y and Z, this is the question for members of the House, and this is not an easy one for these guys. Let’s go through those scenarios again. First scenario is they go to conference, and the House bill, majority provisions in the House bill survive, we get a border security first bill and a lot of stuff in the Senate bill gets erased, but we still get a bill, the president can still claim credit for getting an immigration reform bill. You have some disgruntled senators, but they’re not up for reelection. But you’ll have the House running around flexing their muscles. That would be good. 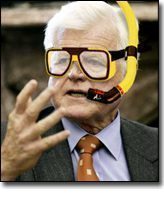 Second option: the Senate bill survives, mostly intact, out of conference. The House bill takes it on the chin. Then you’ve gotta real challenge for the Republicans in the House, because that will mean that the president’s view, and the White House view, and the McCain view and the Kennedy view, would mostly have prevailed, and yet the members of the House, because they’re up for election every two years, have their finger on the pulse of the people in this country, particularly their district. So what do they do when they go back and campaign for reelection? Do they go back and campaign, we tried, we gave it everything we got, we did the best we could, and do they run in opposition to this bill because people will be fit to be tied if the second option happens. So when you say Republicans, you might have a scenario where House Republicans have to actually campaign in favor of something that didn’t happen, where the president and other Republicans in the Senate are clapping and throwing parties and being happy about it.
The third scenario is: There is no bill because, for whatever reason, they don’t come to any agreement in the conference or the Democrats hold it up because they think that’s going to best way to harm the Republicans, then the House Republicans don’t have to worry about what Republicans want or what Republicans do because there won’t be a bill. So you’ve got two out of three options there where the House Republicans can follow this lesson that you cite from California 50, but it will be really interesting to watch in that first scenario how many House Republicans would actually campaign for reelection opposing something that happened and became law, and in the process would be campaigning against expressed wishes of The White House. I mean, that’s always going to be a toughie for them.