RUSH: Let me get into the deeper analysis of the Supreme Court decision by first sharing with you the details of an al-AP story. “The Supreme Court’s rebuff of the Bush administration’s Guantanamo military tribunals knocks the issue into the halls of Congress, where GOP leaders are already trying to figure out how to give the president the options he wants for dealing with suspected terror detainees. That way forward could be long and difficult.” Exactly right. Why do you think one man was named commander-in-chief by the Founding Fathers in our Constitution, that man being the president? Because of exactly what is going to happen now. 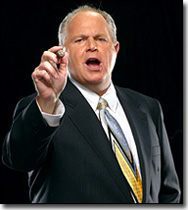 You’re going to have 435 congressmen and a hundred senators getting in on this and trying to come up with a law that allows the commander-in-chief to do what he needs to do in order to prosecute a war which… It’s just absurd. It is standing the Constitution on its head, which the Supreme Court did. I’ve got two different analyses of this decision, and I’ll tell you, folks, it’s a little scary when you go through it. One of them is by John Armor. John Armor is in North Carolina. He practiced in the US Supreme Court over 30 years; he filed briefs in 18 cases. He’s an educator and a scholar and his piece is entitled: “The Gitmo Prisoners Case: What the Supreme Court Really Did and How the Press Blew the Story.”
The editors at National Review Online have also done a deep analysis of this decision. Let me start with Armor first. He says, “Reading the actual decisions, and there were six of them, reveals a different and more dangerous result,” meaning what took place in the court. “To begin with, there was a unanimous Court decision, In Re Quirin in 1942, which upheld the military trials, convictions and in two cases executions, of eight German saboteurs who sneaked into the US from German submarines with plans and preparation to bomb various facilities… The majority Opinion by Justice Stevens, joined by Justices Kennedy, Souter, Ginsburg, and Breyer, avoids that prior decision.”
There is a 1942 Supreme Court decision unanimous that upheld the whole concept of military trials, military tribunals. This court, the majority of this Supreme Court said, to hell with that. “Justice Breyer filed a concurrence joined by justices Kennedy, Souter, and Ginsburg,” and again you have to call into play the absence of Chief Justice Roberts who had to recuse himself. I don’t know what it’s called legally, but he couldn’t participate in this because he was part of the DC Court of Appeals’ unanimous decision upholding military trials. That three-judge decision had agree unanimously that the Geneva Conventions did not apply to Hamden for reasons clearly stated in the exceptions to the convention.

There are fighters that don’t wear uniforms, or report to any military command structure. They do hide among civilian populations. “While the case was on appeal, Congress passed…” After Hamden was routinely dealt a severe low by the three-judge panel at the DC circuit, which one of the judges was the now Chief Justice Roberts, Congress, during the appeal, Congress passed a law in 2005 called the Detainee Treatment Act, which expressly excluded the jurisdiction of federal courts over, quote, an application for a writ of habeas corpus filed by or on behalf of an alien detained by the Department of Defense at Guantanamo Bay, Cuba.
“On grounds of statutory construction, the majority of the Supreme Court yesterday decided that Congress didn’t mean what it said in its 2005 law, and they refused to follow the withdrawal of jurisdiction and denied the government’s motion to dismiss.” Now, you could say that they just threw this law out. Technically that’s not what happened. They just refused to give it retroactive effect, which is the same thing as throwing it out because all of these military commissions were started before the act was passed. It would be funny if it weren’t so outrageous here. If you go to page seven and eight of the opinion from Justice Thomas, his dissent, you will find that he points out that the majority claims that the war started for legal purposes when the congressional act, the AUMF, was enacted on September 17th of 2001. 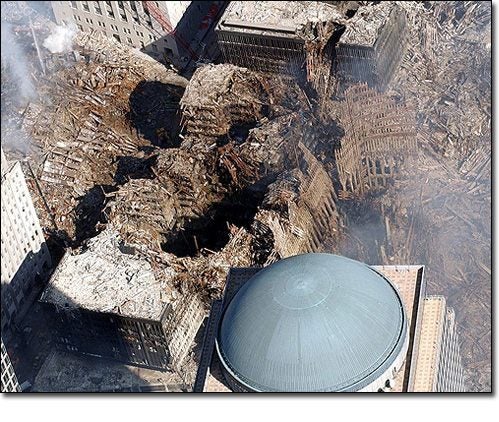 Meaning: that according to the majority, Kennedy and Souter, Stephens, Ginsburg, and Breyer, the 9/11 attacks are not part of the war on terror because the war on terror didn’t start, for these justices, until September 17th of 2001. That would mean that Somalia, the Khobar Towers, the embassy bombings, and the Cole attack, you remember, are also not part of the war on terror. So it really is stunning when you learn what actually happened. They just threw out an act of — well, they failed to make it retroactive to apply to the war on terror in its totality so, in essence, they threw it out, they just said it doesn’t apply here, an act of Congress.
Imagine the majority looking at this act, the 2005 Detainee Treatment Act, which expressly excluded the jurisdiction of federal courts, of which the Supreme Court is one, over an application for a writ of habeas corpus filed by or on behalf of an alien detained by the Department of Defense at Guantanamo Bay. They wrote a law specifically. They’ve already done it. Now they’ve gotta go back and do it all over again to satisfy the demands of the court. What the court’s demanding Congress do, you could say essentially they already did in 2005, and they just threw it out. They just threw it out! I don’t know how many people know this yet. (interruption)
I don’t know. Snerdley says, “Where is Arlen Specter?” I don’t expect to hear from him anyway. But the media has a template: “Bush overstepped; Bush lost,” and they don’t care what else is in this. To them it’s just exciting that the court told Bush he can’t do what he wants to do. Nobody’s looking at this in the — well, I’m not saying nobody, but nobody in the Drive-By Media is looking at this in a direct analysis of the decision. “In addition to this, the Supreme Court repairs to international law to support its conclusions about the application of American law and the Constitution. It said, ‘Finally, international sources confirmed that the crime charged here is not a recognized violation of the law of war.’ As observed above, none of the major treaties governing the law of war identifies conspiracy as a violation thereof.”

Well, as the editors at National Review Online point out, this decision to impose by judicial fiat essentially a treaty that no politically accountable official would dare even propose is precisely what’s happened here. We now have a treaty with Al-Qaeda, the US Supreme Court’s established one. We’re working here on an Al-Qaeda Bill of Rights. Now, Hamden doesn’t get out of jail tomorrow. They’re not closing Gitmo. We’ll go through all that in due course. I’m just strictly talking here about the overreach. If anybody overstepped, if anybody overreached here, it is the five justices of the US Supreme Court who threw out (technically, it’s not what happened, but it has the practical impact of being that, so I’m just going to stick with it).
They threw out a 2005 act of Congress. “This underscores a conclusion also missed in most of the press coverage that a properly crafted statute passed by Congress can restore the authority of President Bush to order military tribunals for all future defendants excepting Hamden, perhaps, himself.” That’s already been done, too. It’s in the Constitution. The president is the commander-in-chief. But now he needs a properly crafted statute passed by Congress to restore the authority of the president to order military tribunals, which the Supreme Court in 1942 unanimously said were okay. They were used by FDR.
The dissents of Justice Scalia and Justice Thomas are especially powerful. The majority of the court here, folks, has thumbed its nose at both the Constitution and the Congress by

refusing to obey the 2005 law withdrawing its jurisdiction, meaning the court’s jurisdiction. Congress wrote a law saying that federal courts have no say in these prisoners at Guantanamo and the courts just threw that out, said, “Oh, yes, we do.” The court is in effect saying, according to Mr. Armor, “We own the law, and neither the Congress nor the Constitution should control the actions of the court.” That is a pretty good summation of what this decision ultimately meant yesterday.
BREAK TRANSCRIPT
RUSH: I want to share with you the National Review Online brief quick analysis of this Supreme Court decision yesterday. “To begin with, the Court had no business deciding this case at all. Not only did it target the president?s commander-in-chief authority to determine what is militarily necessary in wartime, it also imperiously slapped down the U.S. Congress. In last December?s Detainee Treatment Act (DTA), Congress … rescinded the unprecedented jurisdiction that the Supreme Court, in the 2004 Rasul case, had tried claimed over alien enemy combatants captured in wartime and held outside the … jurisdiction of U.S. courts. This Court, however, acknowledges no limits on its powers ? whether imposed by Congress or by the English language, which it had to torture in order to construe the DTA’s unambiguous limitation of its jurisdiction as an invitation to meddle.”
Congress actually passes a law that takes all the federal courts out of this whole decision of military tribunals and other things for prisoners at Club Gitmo, and the Supreme Court, playing games with the dating of the beginning of the war and the meaning of the statute essentially said this doesn’t apply to us. You’ve got a court that’s out of control, you’ve got four libs and a moderate on the court that are out of control, not a president, pure and simple. Let’s just wait and see. Outside of me, my compatriots, great minds like the editors at National Review Online and John Armor in North Carolina, let’s see where else over the weekend you hear what you have just heard. It’s plain as day right in the decision. Anybody can read it and find it. You have to not want to notice it; you have to want to ignore it in order to miss it.