RUSH: Megan in Chadds Ford, Pennsylvania, you’re next on the EIB Network. Hi.
CALLER: Hi, Rush. How are you today?
RUSH: I couldn’t be better.
CALLER: Thank you for taking my call. My comment goes towards the UN and our president and Israel, and it’s not just that they’re an ally of the United States or that they’re Israelis. It’s more insidious than that: that the UN requires dependence from those that they assist, and Israel can take care of itself, and so the UN has no interest whatsoever in supporting Israel in its… 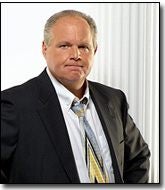 RUSH: All right. I don’t disagree with that. But let’s cut to the chase, shall we? Let’s just strip away all the PC and all the barriers. The United Nations today is the modern repository of anti-Semitism. The majority of members of the UN They want them marched into the Mediterranean. They want the country annihilated. They hate ’em, and one of the reasons why it is precisely what you said. I’m going to really cut to the chase here, folks. Throughout their history, the Jews have been targeted for obliteration, extinction. The Jews have been put through a lot, and they have survived. Their culture is intact. You take a look at the Israeli culture. For example, if you define culture in certain ways. There are more symphony orchestras per capita in Israel than anywhere else in the world, art museums and this kind of thing.
They have not only thrived and survived, they have not allowed these endless attempts to annihilate them, to exterminate them, to wipe them out, and those efforts have not weakened their moral fiber and their cultural strength. A bunch of them are liberals and that’s all well and good, but the fact of the matter remains, they have not disintegrated. They have not given up, and they have not allowed all of this to cause them to fracture. They have remained strong, and they’re a bulwark of a moral fiber — and I’m telling you, bothers just as many of these member nations of the United Nations as anything else, that despite the best efforts of some of the “best” people in the world, Adolf Hitler, and you name the others that you can come up with, the Jews have survived and these clowns are all gone, and one of the reasons you say Megan is precisely what you say: self-reliance. They’ve practiced it.