Clarke & Sharansky on Five Years with No Attacks

RUSH: To the e-mail. “Dear Rush: Did the ABC movie change your opinion of Richard Clarke? I think his anti-Bush rhetoric is mostly self-serving, which is reprehensible in a time of war, but as far as his role pre-9/11, the movie certainly gave the impression that Clarke was the only high-ranking civilian who took terrorism seriously and advocated doing something about it.” I need you to grab audio sound bites nine and ten out there, Ed. 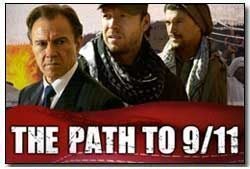 Ladies and gentlemen, I, as you know, reviewed this movie. I saw it last week. And I told you last week that the hero of this movie is Richard Clarke. I told you that you may not like that. So I’m not surprised by the way Richard Clarke was portrayed the way he was because I saw the way he was portrayed before it was aired on television. I think I also understand it. Richard Clarke was the hero of the 9/11 Commission. And despite what the Clintonistas and the Democrats are trying to tell you, the 9/11 Commission report was one of the central texts used by the writer and producer in preparing the movie.
I don’t know if you people noticed this last night, I got some e-mail complaints about this. When the movie was over, they ran graphics saying that the 9/11 Commission report had recommended, something, what was it, 41 changes, and that the Bush administration had been given four Fs, three Ds, two Cs, and one A-, and it made it look like the Bush administration totally screwed up. I watched this, I’d seen this, they didn’t add that, that’s not an ABC add, it was in the original. That’s why when I watched this thing I didn’t think that it was totally pro-Bush. In fact, I don’t think it was pro-Bush period. I don’t think it was pro-anybody. The truth here was that they got the truth out about what went on and didn’t go on in the 1990s. In terms of this movie The Path to 9/11 being pro-Bush it was not, and it wasn’t pro-Rice. If it was pro-anybody, it was Richard Clarke, who is now an ABC-paid commentator. And ABC did a little show last night, what did they call it, PrimeTime, I guess, whatever they call their little magazine show.
By the way, there’s another thing. Some of you people send e-mails arguing with me claiming I don’t know what I’m talking about. Because yesterday I said there had only been one minute cut out of the miniseries. Many of you people said that can’t be, Rush, because it only ran two hours and 40 minutes both nights so a total of 40 minutes had to be cut out, Rush, because it was five hours long. I said, no, it was going to be broadcast over five hours when they originally produced it, they had to allow for commercials and things. But you want to hear something interesting? They couldn’t sell any spots. At first I thought ABC decided not to sell commercials because of the sensitive nature of the program. They couldn’t sell it, nobody wanted to buy it. It was not because the advertisers had seen it, they just didn’t want to be part of a 9/11 thing. I mean, they knew what it was going to be, and so automobile manufacturers didn’t want to have a commercial, go out and buy our new Toyota, buy our Ford, buy our Chevy, buy our truck, right after an American just got blown up in a terrorist event. They didn’t want to be associated with it.

So ABC decided to run it spot free so they had plenty of time to put Bush’s 20-minute speech in there and a little discussion every night after each night’s run had completed. But they only edited out a full minute of this thing. When I watched last night, I was surprised at some of the things they left in. The whole Barbara Bodine episode. She’s the ambassadoress in Yemen portrayed by Patricia Heaton. She’d written a piece Friday in the LA Times claiming none of that ever happened, but I don’t think the Clintons cared about her. The Clintons cared about Sandy Burglar and Bill Clinton himself, and to a certain extent Madeleine Albright. Now, the woman that played Madeleine Albright I thought really got it and the left was really upset because they think that Albright was portrayed as a b-i-itch, and I thought they captured her demeanor and her facial expressions, it was Kiefer Sutherland’s mother who played Madeleine Albright. Her name is Shirley Douglas. And it was her father, I think it was her father? Yeah, Kiefer’s grandfather or great-grandfather who came up with the Canadian socialist health care program. 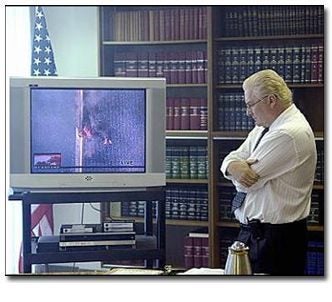 There are a lot of ties here to certain things. But, you know, the woman that portrayed Patricia, the CIA agent who was just upset with the CIA director, George Tenet and a number of others, was Amy Madigan. Now, I don’t know if you know this or not, but Amy Madigan and her husband, Ed Harris, are two of the biggest liberals roaming the Hollywood desert that you would ever run into. When I saw this thing the first time, I said, “How did they get these liberals to play these parts?” Other than everybody needs work and everybody needs to get paid. The bulk of this, by the way, was filmed in Toronto. I don’t know about the externals, I don’t know where they went to get the external shots, outside shots. But, you know, some of the actors in this piece were obviously playing roles that didn’t fit their own ideological bent. At any rate, Richard Clarke who did emerge a hero, and I told you last week this was going to be the case, was featured last night on a little program aired after The Path to 9/11. Charlie Gibson, ABC News anchor guy, introduced and interviewed Richard Clarke, who’s a paid ABC News consultant. Gibson said, “If one of those attacks that Jon mentioned had been successful, Jon Miller, we’ll be blaming the president. The fact that attacks have not come, should we give the president credit?”
CLARKE: Well, we should give the president and the entire bureaucracy some credit. But the thing is we shouldn’t rest on our laurels. As long as there are people out there, thousands of them, tens of thousands of them, who want to kill Americans and who in fact are willing to die in the process, and as long as we have vulnerabilities here like the subways, like the container ships, like the chemical plants, that we haven’t fixed, if you add up intent of the bad guys and vulnerability of our own people, eventually there will be another attack.

RUSH: Okay, I agree, there’s going to be an attack, whether we’ve shored things up or not. By the way, two things on this. I tell you, I’m getting a little fed up with John Kerry and the Democrats and now Richard Clarke advertising to terrorists what they think our vulnerabilities are. The ports, the subways, the container ships, the chemical plants, why don’t you just draw them a map? The reason they do this is to blame Bush. This is all a setup, for if there is another attack, Bush didn’t do this, Bush didn’t follow the 9/11 Commission. In a way they can’t wait, but it’ll backfire on them, it’ll backfire big time on them because they can’t claim that they are in this game. They’ll have to do another history rewrite. The other thing about this is, I don’t know if Mr. Clark knows it or not, but he’s making a pretty damn good case here that we need to be at war with these people. As long as there are thousands, tens of thousands of people that want to kill Americans, willing to die in the process, sounds to me like a pretty damn good reason to be at war with these people, which is not, ladies and gentlemen, the Democrat Party line. 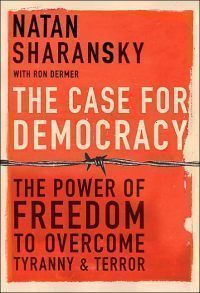 Now, last night on the Fox News channel, Your World with Neil Cavuto, he interviewed Israeli author Natan Sharansky. Cavuto says, ‘You and Israel, terrorism is a common event. You’re almost sadly used to it. We’ve not been struck on US soil in five years. So many Americans have forgotten about this, or at least they’re not as worried about this. What do you say to those people?’

SHARANSKY: If you had no losses in five years from the terrorist attacks, it only means that you are tremendously successful in this struggle against this enemy, that you, your government, your army, your intelligence, are tremendously, unbelievably successful. And you have to keep this success, you have to savor this success, you have to cherish every day when there are no losses, but you also have to be ready. The struggle is not yet finished here. It continues. And, well, we go through these stages every day, and we know how it is important to win. And we can win with the weapon of freedom.

RUSH: Natan Sharansky, with a little bit of a different take there than Richard Clarke. Clarke, yeah, we got to give some credit, but we shouldn’t rest because it’s going to get — kill you soon. Because the ports are vulnerable, container ships, chemical plants, it’s only a matter time. Natan Sharansky says it only means you are tremendously successful in this struggle against this enemy. Anyway I thought it was a nice juxtaposition to hear those two sound bites back-to-back.