RUSH: I’ve gotta do this. I’ve gotta tell you about this. It’s in USA Today. It’s a USA Today story, and it is the most incredible attempt to advance the failure of liberal Democrat ideas on social welfare. Here’s the headline: “Fertility Gap Helps Explain Political Divide — House Democratic leader Nancy Pelosi, a Catholic mother of five from San Francisco, has fewer children in her district than any other member of Congress: 87,727. Rep. Chris Cannon, R-Utah, a Mormon father of eight, represents the most children: 278,398. These two extremes reflect a stark demographic divide between the congressional districts controlled by the major political parties. Republican House members overwhelmingly come from districts that have high percentages of married people and lots of children, according to a USA Today analysis of 2005 Census Bureau data released last month. GOP Congress members represent 39.2 million children younger than 18, about 7 million more than Democrats. Republicans average 7,000 more children per district.” 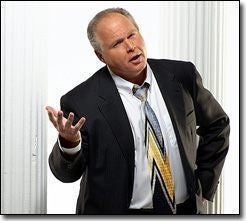 Do any of you listening to this have any idea where this is going? (interruption) All right, you tell me. Where do you think this is going? (interruption) No, no, no, no, no, Snerdley. It’s not that. That is never mentioned in this story. Hang with me. “Many Democrats represent areas that have many single people and relatively few children. Democratic districts that have large numbers of children tend to be predominantly Hispanic or, to a lesser extent, African-American.” Now do you get an idea where this is going? “This ‘fertility gap’ is crucial to understanding the differences between liberals and conservatives, says Arthur Brooks, a professor of public administration at Syracuse University. These childbearing patterns shape divisions over issues such as welfare, education and child tax credits, he says.
“‘Both sides are very pro-kids. They just express it in different ways,’ Brooks says. ‘Republicans are congenial to traditional families, which is clearly the best way for kids to grow up. But there are some kids who don’t have that advantage, and Democrats are very concerned with helping those kids.'” No they are not! For one thing, they abort those kids. Note this story does not get to the real reason for this so-called fertility gap, and that is the Democrats are aborting their kids in far greater numbers than Republicans do. Besides that, of the kids that survive a Democrat pregnancy — which is a risky pregnancy; you get pregnant, and you’re a Democrat, your child’s chances of survival are remarkably less than other people.

Well? The fertility gap here, to me, is a crucial element in understanding that, but of the children who survive a Democrat pregnancy, they have not been helped by Democrats in the last 50 years. All of these Great Society programs busted up the families that this story is wringing its hands over: Oh, it’s horrible! There are single families. Why did that happen? It’s because Democrats came up with programs, feel-good programs, feeling-good-about-ourselves programs. Look at how we care. We’re good people. We see suffering and we want to help — ad so, they became essentially surrogate fathers, the government became surrogate fathers. 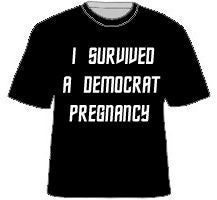 The real father had no reason to hang around, and so you had all these broken families. In fact, I’ll go even further. I think that Democrats enjoy it. They need victims, let’s face it, and this is another problem presented by the fertility gap. There are fewer and fewer victims. Why do you think they’re so interested in illegal immigrants? They need victims. They need poor people. They need people who have not reached their potential. They need people who are dependent. They want to keep as many of these people in a dependent state because they think they’ll vote for Democrats in that state. Children in Democratic districts are far more likely to live in poverty and with single parents than kids in GOP districts.
Okay, well, let’s try to figure out why, then, and do what really needs to be done to help these kids. Let’s figure out why! The point of this story is absurd. “Rep. Jos? Serrano, D-N.Y., has 227,246 children in his Bronx district, the 10th most in the House. Only 29% of those children live with married parents. By contrast, 84% of children live with married parents in Cannon’s central Utah district. ‘These numbers are amazing,’ Cannon says. ‘I see now where Jos? is coming from.'” What do you mean, where Jos? is coming from? “Cannon used to have a locker next to Serrano at the congressional gym and considers him a friend. ‘The needs of kids in his district are just not the same as the needs of children in my district,’ Cannon says.”
So you see where this is headed. Democrats are going to make a claim we need more social programs, we need more welfare, we need more attention to Democrat districts because the kids in those districts are in such poor circumstances. “‘The biggest gaps in American politics are religion, race and marital status,’ says Democratic pollster Anna Greenberg.” This story never gets to where I’m sure you thought it was headed, and that is abortion. The fertility gap focused — well, alternative lifestyles, too, you have to throw that in there. I mean, that’s clearly going to be a factor, too, in why there would be fewer kids per Democrat congressional district. But if true, this is a total indictment of Democrat lifestyles, attitudes, politics, and yet it’s portrayed as Republicans are mean-spirited and hoarding all the goodies for their kids and it’s not needed.

RUSH: Here’s Mary Ann in Louisville, Ohio. Hi, Mary Ann. I’m glad you called.
CALLER: Hi, Rush. It’s good to talk to you.
RUSH: Thank you.
CALLER: You know, I don’t want to upstage Terrell Owens, the real news of the day, but I just had another point to make.
RUSH: (Laughing) Very cool of you. Very, very cool.
CALLER: I’m afraid. I’m a little worried about you. I’m afraid you might be on the news with him tonight, as a headline, because —
RUSH: Really?
CALLER: — you said Democrats abort their children. I was really surprised to hear you say that. I mean, I have believed it for a long time, but I didn’t expect to hear you say it, though, and don’t back down and make a wimpy apology. 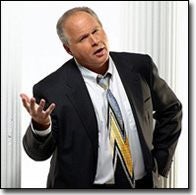 RUSH: Uh, I have no intention of backing down. Why? I don’t get your point. You’re worried that the Democrats are going to put me on the news tonight as saying they abort their kids and that’s why there’s a fertility gap?
CALLER: Well, I’m afraid that, you know, like you read the story and it said nothing about that and you picked up the real point of it I thought, too, but on the cable shows tonight they’re going to — you know.
RUSH: Let ’em.
CALLER: Okay.
RUSH: I don’t worry about what they say about me. The day I start…
CALLER: Okay.
RUSH: I mean, I really don’t. You’re worried about me being discredited. As a listener and a devotee of this program, you’re worried about me being criticized —
CALLER: Well —
RUSH: — and I understand that. It’s the maternal extinct, but stick with me here. Do you think I’m just making that up?
CALLER: No.
RUSH: You think I’m just pulling that out of thin air; you think it’s just my opinion?
CALLER: No, I think it’s true.
RUSH: Would you like some backup for it?
CALLER: Well, what do you mean?
RUSH: I have it right here in my formerly nicotine-stained fingers.
CALLER: Okay.

RUSH: Right here, from March 1st of this year, 2006, “Who’s Your Daddy?” It’s piece by James Taranto in the Best of the Web blog, which is the OpinionJournal.com website. “In the new issue of Foreign Policy magazine, Phillip Longman of the liberal New America Foundation has a fascinating essay on demographics and politics — the gist of which is that differing reproductive patterns are likely to make Western societies, including the U.S., more conservative.” I reported this and I talked about this back in March when it came out. “Specifically, those who practice patriarchy — which Longman defines not in the crude feminist sense of men dominating women, but as ‘a particular value system that not only requires men to marry but to marry a woman of proper station’ — are outbreeding those who do not: ‘In the United States, . . . the percentage of women born in the late 1930s who remained childless was near 10%. By comparison, nearly 20% of women born in the late 1950s are reaching the end of their reproductive lives without having had children. The greatly expanded childless segment of contemporary society, whose members are drawn disproportionately from the feminist and countercultural movements of the 1960s and 70s…” This is a liberal writing this.
CALLER: Right.
RUSH: “…will leave no genetic legacy. Nor will their emotional or psychological influence on the next generation compare with that of their parents.” Conservatives are having more babies. That’s what was said in the USA Today story. This guy, this Phillip Longman of the New America Foundation, says that fewer and fewer liberal women, influenced by feminism, et al, are having fewer and fewer children, and therefore there’s less opportunity to breed little liberals, there are just going to be fewer of them. Meanwhile, conservatives are having kids in the old patriarchal sense, the nuclear family unit. They’re influencing the way their kids grow up, and they’re simply at some point in the future, conservative kids are going to outnumber liberals, and later on in this story…
Ah, ah, ah, ah, ah, ah, ah, ah, ah! Later on in this story: “This of course dovetails with the Roe effect,” i.e., Roe vs. Wade. Now abortion has been brought into this, not by me, but by demographers. “This of course dovetails with the Roe effect, which surely magnifies the political consequences. Support for unrestricted abortion defines the contemporary Democratic Party more than any other issue does, and abortion advocates’ open contempt toward those who disagree makes it hard for the latter to be Democrats. Longman draws a lesson from military history after the agricultural revolution: ‘In more and more places in the world, fast-breeding tribes morphed into nations and empires and swept away any remaining, slow-breeding hunters and gatherers. It mattered that your warriors were fierce and valiant in battle; it mattered more that there were lots of them,'” and there were simply fewer and fewer liberals having kids, which you’d have to assume fewer and fewer liberal offspring growing up, and this is something we covered in March. Now, this USA Today story didn’t mention this today, which I was stunned by.
CALLER: Right.
RUSH: They focused on the pure social welfare angle of it and tried to say that the poor kids, and there are fewer of them in Democratic districts, somehow is a problem of Republicans, when it’s just the opposite. But I appreciate your being concerned for me. So few people are, so few. Most people — you have to understand, Mary Ann, most people — would love to see me plummet to the depths of obscurity.
CALLER: Oh, I know.
RUSH: And you have called, and you have expressed genuine love and heartfelt concern and even fear for what might happen. But you fear not, because whatever they say, we can back it up here.
CALLER: Can I say one more thing?
RUSH: By all means.
CALLER: I just wanted to tell Jane Fonda to go back to doing aerobics because we, the women of this country, say no thank you to her.
RUSH: Stop and think about that for a second. Now, this is an excellent point. Jane Fonda and who, Steinem and these other babes are doing this new feminist radio network.
CALLER: Right. No one will listen.
RUSH: Well, they’re on four stations, nationwide, of course, nationwide.