The Truth About Stem Cell Research

RUSH: The media is making me out to be a candidate against whom the American people will vote in the upcoming elections. The new liberal conventional wisdom is that the conservative base was really energized. You know, up until last week, the conservative base was energized — this is their new template — but the Fox flap has turned independents, the great undecideds, toward Democrats. Now, two weeks ago, remember, the Democrats were going to win because conservatives were going to turn out because of Mark Foley. But listen to Claire Shipman. This is a montage: Claire Shipman of ABC, Adam Nagourney of the New York Times, David Rodham Gergen of wherever there’s a camera, and Joe Lockhart, the former Clinton press secretary.
SHIPMAN: The real people are the independents and the women in the middle, and those are the people who may well be persuaded now that they’ve heard Michael J. Fox over and over again and listened to Rush Limbaugh.
NAGOURNEY: This whole dispute with Michael Fox and not incidentally Rush Limbaugh has helped Claire McCaskill a lot.
GERGEN: The Michael J. Fox ad would not have made much of a — an impact on this had he not been attacked by Rush Limbaugh.
LOCKHART: Unfortunately for the president’s side of this debate, Rush Limbaugh did them a big disservice by raising the level of this. I think we’ll have a — a big impact in some of the races.
RUSH: Okay, so now they’re setting it up, I will be the reason that Republicans lose, and I’ll be the reason Republicans don’t turn out, and I’ll be the reason that big numbers of independents and moderates do, and I am not on the ballot. This is wishful thinking. By the way, it really moved Claire McCaskill forward, huh? Latest poll has her in a dead heat with Jim Talent in Missouri, and she has been up in that race. There were polls last week that showed Talent up a couple or up three points. She hasn’t moved at all. I don’t know what impact, if any, this is going to have on the election out there, but my gut feeling is that there are far more people in Missouri who know the substance of Amendment 2 and what this whole thing is about than they did before this ad ran.
If this ad had run as they intended, just a little quick get in and get it and get out kind of ad, it would have had a far more negative impact on Senator Talent than it probably will, because it’s been exposed. Let’s not forget what got this whole thing started. You know, there’s so much of this that the Drive-By Media is not reporting in terms of what I have said about this, but the main thing is… Well, it’s hard to pick a main thing. But remember John Edwards talking in the 2004 campaign, embryonic stem cell research, if you voted for John Kerry, Christopher Reeve would walk, Christopher Reeve would walk again, but only if you elected John Kerry, because only John Kerry was going to move forward with embryonic stem cell research, federally funded embryonic stem cell research.

Here comes Michael J. Fox with the same campaign, using his Parkinson’s disease as a sympathetic means by which to avoid substantive debate on the issue. It’s been a tactic the Democrats have employed for way too long, and I’m sick of it, and I’m not going to watch this stuff go by and not comment on it anymore. One other thing about this just to expand a little bit on what I said yesterday. This is all about federal funding, ladies and gentlemen. It’s all about your tax dollars. That’s what this is really all about. This embryonic stem cell debate focuses on federal funding. Now, in explaining to you the deficiencies of embryonic stem cell research, I have produced websites, statements from doctors who will testify that there are no success stories in embryonic stem cells.

It’s just a dream. There are all kinds of success stories in other stem cell research, cord blood, infant cord blood and adult stem cells. One of the ways of learning this is to track the free market. You know, there are venture capitalists out there who will invest in anything they think they’ll get a big return on. Medical research, you name it, doesn’t matter what it is, if there’s something big out there that’s going to really score, you’ll have no problem getting private sector money to invest in it, but they can’t find a dime when it comes to embryonic stem cell research. That’s why they have to have federal funding for it, because there isn’t any private sector money. Why isn’t there any private sector money? The market will always tell you the truth.

There isn’t any private sector money because the private sector, individual and corporate investors, don’t see any upside, pure and simple — and same thing with the environmental movement, by the way. The whole point of the environmental movement is follow the money. All of these scientists come up with these research papers, promising this or that on global warming; it will get them research grants. These are people that wouldn’t know how to go out and earn a living on their own if their lives depended on it. They feed off the public trough. They suckle in the public teat. That is their career. That is how they go about raising money, and they do it via scare science.

We’re politicizing science; we’re politicizing medicine now, all for the purposes of growing government, making it larger by the virtue of electing Democrats to office — and that’s what this is really all about. Meanwhile, they have been promising research and experiments in Parkinson’s disease not using stem cells of any kind, rather gene therapy implanted in the brain via a virus. The Michael J. Fox Foundation has invested nearly $2 million to fund further research. Nobody asks Mr. Fox about this, not even Katie Couric. When asking the first statement I informed her of this, ‘You might want to ask him about this.’ She didn’t.

In addition to that, we have the profound results of cord blood stem cells being used to actually grow a human liver, very small, size of a small coin, but it has worked. It’s in the Daily Mail, the UK Daily Mail today, and they admit that it is cord blood stem cells that are showing promise here and that have worked in this case. These are stem cells taken from the umbilical cords of recently successfully born babies. So the issue here continues to be distorted. I continue to be made the issue. I am having approval numbers done on me, versus Michael J. Fox. I’m the reason all of a sudden now conservatives aren’t going to show up and moderates and independents are. It is what it is. But again, I’m not on the ballot. You won’t find my name on one ballot.

I’m not campaigning for a vote for myself in any way, shape, manner, or form, but they must be worried to keep this alive and to keep distorting it. They must think it’s going to help them. But once again, they don’t have any issues of their own to run on. But they’ve let us know who they are. John Kerry has gone out and made it very clear by slandering the troops what Democrats think of the United States military, and Mrs. Clinton refuses to defend marriage as between a man and a woman. New Jersey Supreme Court authorizing the legislature there to write a gay marriage amendment into the New Jersey legislature, thus the Constitution. 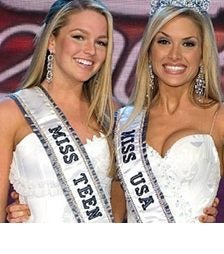 So there are consequences to your vote this time next week. You want to vote for amnesty for illegal aliens, vote Democrat, because you’ll get it. You will get your amnesty for illegals if the Democrats run the House of Representatives. It doesn’t matter about the Senate, because the Senate’s already voted for the amnesty bill. The president says he supports it, get enough Democrats in the House, they’ll authorize it and bammo, we’ve got amnesty. If you don’t care about any Supreme Court nominations in the next two years, if you don’t care about that, if you’re not interested in the attempt to reverse the direction of the Supreme Court and the whole federal judiciary, ah, vote Democrat. There are consequences here.