RUSH: Susie in Chattanooga, Tennessee, thanks for waiting, and welcome to the EIB Network.

CALLER: I just want to tell you thank you for teaching me every day. I learn from you and then I teach my kids, and they are also learning from you, and they’re home today so they’re getting to listen to you. I’m glad they’re going to get to hear the Thanksgiving story —

CALLER: — and I feel like I’m just talking to a friend because I listen to you so much. I’m a 24/7 member and so I get your Limbaugh Letter, and I was so excited to see that article this month with Joel Rosenberg that you did, and I’m reading his books. I do happen to agree with most of his theories. I think he’s very accurate, even though they are fiction, 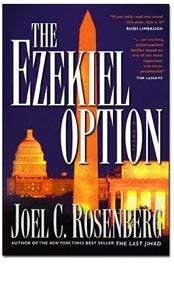 I think a lot of what he bases it on is very accurate, and I do sometimes feel like that affects my optimism about our country although I love this country, and I think it’s the greatest country in the world, how do you juggle that sometimes?

RUSH: Here’s, I think, what’s affecting you about what Joel said in the interview when he writes. His books are based on biblical scripture, and he takes situations occurring in the Middle East and applies them to biblical scripture and says that there’s prophecy. In fact, one of his books is entitled The Ezekiel Option, and so you’re being affected, and I don’t blame you, you’re free to read and draw what conclusion you want. But any time anybody starts thinking about the apocalypse, that we’re in the last days, and I assure you that every generation of human beings since the beginning of time has thought that, and the last days are not upon us yet. The thing that you have to do out there, Susie is not think about that, because if it’s true, there’s nothing you’re going to be able to do to stop it anyway. All you can do is prepare yourself for your immortality and your eternity in the event it happens, which is I’m sure something you do in the course of the day to day living of your life, correct?

CALLER: Right and I’m not afraid. That’s what I wanted to say: I have no fear because of my faith, but I have a hard time talking with people and being optimistic at the same time sometimes.

RUSH: Well, look, most people are not optimists in general, even without a war in Iraq and even without Democrats winning elections, most people are not optimists. That’s why books on positive thinking make millions and books on how to fail are not even written, because everybody knows how to do it. We all know how to be pessimistic. It’s something that comes naturally to humanity. It’s one of the objects of life to learn to overcome that, but a daily awareness or consciousness of the apocalypse if you believe in that, I mean certainly it’s going to — I know you’re not depressed, but what’s the difference? You say you’re pessimistic out there; you can’t live your life that way. That’s living your life for the worst, and —

CALLER: I don’t really feel pessimistic. I just felt like I know you are so optimistic when you talk about the country and the future of our country, and then the tone of the article with your conversation with him, you seem to admit how bleak it looked, and I guess that was my question, do you struggle with that?

RUSH: I wonder how my editors edited me in that, because I don’t remember sounding pessimistic. I was trying to draw Joel out on what he thought and what he was trying to say. You can look at the situation in the Middle East right now and you can be pessimistic about it. I’m not always up. I’m not always hunky-dory and cheery and so forth. I’m like anybody else. I have faith, and maybe faith is a better word here than optimism, because I have faith in this country. I don’t see any evidence yet not to. I’m not going to lose faith in the country because of the election or a single election. The American people have fixed their mistakes in the past, and some of the people they employ to fix the mistakes fail them, and those people that fail to fix the mistakes — i.e., elected officials — will be sent packing. And this is one of the things that happened here. 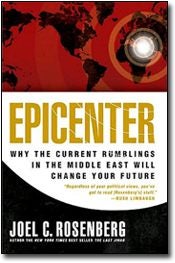 Don’t think the country’s embraced liberalism or Democrats in this election. It didn’t happen. The Democrats really benefited from the Republicans, basically rejecting their own voters in enough places and states to cause a problem. But I think, for example, you look at the war on terror, a lot of people say, ‘Oh, my God! Nobody’s willing to fight this thing,’ probably not right now. It’s going to take a lot more than one 9/11 on this land in our country for people to rally. But one thing I have learned in my short little spec of time as a human being on the planet as an American, is that the American people do respond to leadership. When the leadership is there, we’ve been absent leadership at the highest levels for quite a while now on some things that are important, particularly in the House and the Senate, if you want to look to political leadership as an example.

When things become obvious, the American people will rally to the cause. At the same time the Democrats are doing everything they can, the American left, to sort of destroy that spirit in the American people, but I just look at the history of the country, even my little time here as an America, and every day is a better day in this country than the day before in most respects. We’ve always had cultural rot. We’ve always had up and down economic times, we always win some elections, lose some, our sports teams disappoint us, then they create euphoria for us, but there’s always an ebb and flow emotionally to life as a human. It’s learning to manage those flows and keep the highs not as high, the lows not as low as they can be. If you look at the country in any number of ways, 20 years ago, 50 years ago, you’d have to say life in America today is better than it’s ever been.

RUSH: Certainly the opportunity for that is better than it’s ever been. Well, now, that, in terms of your kids, that ought to excite you.

RUSH: You’re worried about the future that they’re going to grow up in. My parents did, too. I will never forget, Susie, my dad, after John Kennedy won the election in 1960, I’m nine years old, my dad tells my brother, ‘You boys are going to be slaves if you don’t stop these communists and liberals.’ He feared for our future. And his formative experience, World War II and the Great Depression. It was understandable he felt that way, and as I said yesterday, he couldn’t relate to my life today. He would not believe it in any aspect, for the good!