School Caves over ONE Parent Complaint

RUSH: Now, this next story, folks, classic illustration of that which I was ranting about in the previous hour. (story) “Citing Stress, School Stops Publishing Honor Roll.” It’s from Needham, Massachusetts. “A Massachusetts school’s decision has brought about mixed feelings from the community. Needham High School has abandoned its long-standing practice of publishing the names of students who make the honor roll in the local newspaper. Principal Paul Richards said a key reason for stopping the practice is its contribution to students’ stress level in ‘this high-expectations-high-achievement culture.'” Now, hang on. Stick with me on this because the real point is coming up. 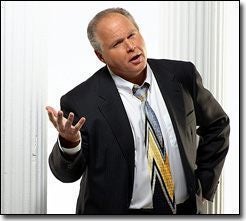 The principal, Paul Richards, “said one parent with three children attending Needham High told him publishing the honor roll is a constant cause of stress in her family. According to that parent, one of the three students routinely made the honor roll while the other two did not.” So one parent complained and the school bent over backwards! They just fell, spine turned to mush. “Oh, okay. We want to make everybody happy. We want to make everybody equal. It’s just too stressful for the students that don’t make it. It’s a high achievement, high expectations culture, and it’s disappointing those who don’t make their list in the paper, and it’s stressful.”
You know, let me tell you something. They used to publish the honor roll when I was in school in the paper, and I never made the honor roll because I hated school. My parents were embarrassed for themselves, because all their other friends’ kids were making the honor roll, but they were also, more than that, concerned with me, and so their effort to get my name in the paper was an effort to get me to take things seriously and study harder. Now look at how things have changed. Some parent with three kids going to this school has two of them not make the honor roll, and rather than go to those two and say, “Well, you better start studying harder.”
She goes to the school and says, “You’re humiliating two of my children. I’m not going to stand for it. You guys stop publishing this,” and of course the school says, “Okay, well, whatever you want, lady.” This school ought to announce they’re going to cancel keeping score of the basketball and football games the school plays in. Maybe even cancel the football team, Needham High, and cancel the basketball program because not every student that wants to be on the team can be on the team. The kids that are on the team, they’re big stars in school and that’s making the people that are not on the team feel they’re not as important and not as big. This stuff, you may think, “Come on, Rush! It’s isolated.”

No, it’s not. This is a trend and it is taking place and it’s precisely because liberals are in control of education institutions and the exact wrong focus. I told you about the story at the water volleyball game where this 26-year-old teacher was telling me and the whole group, “I think we’re pushing our kids too hard. We’re making them learn too fast and too much,” and I’m listening. I said, “What do you mean pushing too hard? People have to be pushed. Nobody will realize their potential unless they are pushed. Most people are not self-starters. Most people don’t have the drive and the desire to go out and be all they can be.”
Everybody needs somebody behind them! Everybody needs a teacher. Everybody needs a mentor. Everybody needs somebody inspiring them because few people know how to inspire themselves. I’m one of the rare expectations of this. I inspire myself every day, long time have, but most people are not that way, and so we’re going to cave and have been caving for the longest time to the low expectations angle. Here’s what we need to do in Needham, Massachusetts. Just take this all the way and just cancel school! For crying out loud, it’s not just the people who are not making the honor roll. There are some people that are not even close to making the honor roll, and how do you think they feel? You know, you’re in an environment like school where it’s obvious that some kids are going to be better than others, and they’re going to do better than others.
If this school is allowed to continue, if any school is allowed to continue under this reality, then we’re going to have psychological problems throughout their lives for these kids. So get to the root of the problem, and let ’em all be dumb and uneducated and stupid, that way you can make them all equally miserable failures. Rather than recognizing high achievement and praising it and using it as something others ought to aspire to, we want to punish it. Thank you Needham. One parent, folks. One parent! Dawn, can you imagine this happening at your school? Can one parent get the honor roll, something like this, canceled? You say no, but I’ll bet you’d be surprised. Depends on who the parent is. You couldn’t, probably. Well, no, I take that back, Dawn could.