RUSH: This is David in upstate, New York. He doesn’t want to identify exactly where out of fear of Mrs. Clinton. Hello, David.
CALLER: Yes, good afternoon, Rush. I’ve been a previous caller under more financially fortunate times, and I take great umbrage at Senator Kennedy’s comments. The wife and I are currently on Social Service and Food Stamps, and we have been for two years. You have to be, oh, I would say anything from unintelligent to downright stupid to go asleep hungry. We get $284 a month, and if you shop intelligently and frugally, you can feed yourself a lobster basically every couple of months. I live on tremendous food, boneless, skinless chicken breasts, pork tenderloins, bacon. I’ve got everything! In fact, hard times have befallen my neighbors and I’m able to feed them, too. 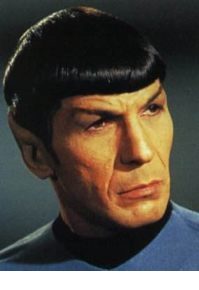 RUSH: Before I respond to this, I want to ask you people in the audience a question: “How many of you think that this guy is a seminar caller begging for an Allen Brothers Rush gift pack?” I know you don’t, Snerdley. I’m just trying to get the people in the audience. We have just heard a very heartwarming and uplifting story, and I just wonder how many of you cynics out there think that this guy is just trying to score a Rush PAC from Allen Brothers.
CALLER: Rush, I don’t have enough room in my freezer for an A&amp;B PAC!
RUSH: That’s okay. We’ll send you a freezer. That’s not a problem.
CALLER: Okay, I’ll take that. (Laughing.)
RUSH: (Laughing.)
CALLER: I don’t have enough room, I kid you not, in my freezer to put an AB Steak and hot dog PAC because if you shop intelligent and frugally, you can even go to food pantries even if you don’t have a social service Food Stamp card. There’s no reason anyone in this country should ever go hungry.
RUSH: You know, I don’t have it in front of me, David, but the definition of “hungry,” there is a political definition to this (USDA), and it’s kind of kooky and it’s oddball. How do you measure “hunger”? I’m hungry now, and if I don’t eat before I go to bed, I will “go to bed hungry tonight.”
CALLER: This is true.

RUSH: But certainly it can’t be said that I’m “going to bed hungry” because I can’t find food and that’s what they’re trying to portray and that’s what you’re doing a great job of exploding. We all remember the Department of Agriculture, the government agency that handles Food Stamps; they’re always advertising for new applicants.
CALLER: Every day. Every day. You should never go to bed hungry, like I say, unless you don’t eat and decide to go to bed hungry.
RUSH: By the way, I thought we were an obese country anyway. I thought a lot of us could do without eating as much we’ve been eating. There are so many conflicting things about this, but you’re absolutely right. If people are going to bed hungry in the country, it’s because they’re not making an effort even to go get the freebies.
CALLER: This is true.
RUSH: The idea that this country cares so little for the poor, is insulting. That’s what Senator Kennedy ultimately wants people to believe, that we don’t care enough about the poor, and it’s so bad that 36 million — 12 million of them children, of course — are going to bed hungry every night. It’s ridiculous on its face. We’ve seen the charity numbers just in the past three weeks: conservatives give far more personal charity money away than liberals do. Look at the taxes! Look at the money we’re spending on poverty in terms of the federal buttoning. There is no excuse for people going to bed hungry in this country! It’s not because the effort isn’t being made and it’s not because the food isn’t there and it’s not because the rich are hoarding it and stealing it.
You know, this has its roots all the way back to — well, it’s probably farther than this — but I’ll never forget when Reagan was in the White House and Mitch Snyder was running around talking about the “three million homeless.” They portrayed a picture of Ronald Reagan not caring about the homeless. They were homeless because Reagan didn’t care. People had AIDS because Reagan didn’t care, and he never uttered the word, and he didn’t talk about the homeless and they created a picture of Reagan at night. This is the image they wanted people accept: Reagan would sneak out of the White House at night, go across the street to Lafayette Park, all the pork and beans from the homeless over there, take ’em back to the White House, get the can opener out, open ’em up, and eat the pork and beans, and then rub his stomach as though he were very happy denying these poor homeless people their food. At any rate, what Kennedy is doing, there’s nothing new in the Democrat playbook. That’s the same thing. We’ve got 36 million people interestingly who are hungry, go to bed hungry every night, with who in the White House? A Republican. It’s all this is. And I’m glad, David, that you called. Are you still there, by the way?
CALLER: Yes, I am.
RUSH: You said you’ve been on assistance temporarily and recently?
CALLER: Well, for the past two years. I was very financially fortunate earlier in my life but my wife and I have befallen hard times and all I can tell you is there are food stamps and there are food pantries and there is no reason you should go to bed hungry.
RUSH: Well, but you said $284 a month, is that just your food budget? Do you have more money than that?
CALLER: Yeah, we get cash assistance for the rental where we live, but $284 alone goes to food for my wife and I, and I can feed more than two people on that, and I can feed more than two people extremely well on that, darn near gourmet meals.
RUSH: How many times a day do you eat?
CALLER: Three times a day. I have bacon and eggs every morning along with a muffin or a waffle. I just had hamburgers and potato chips for lunch and tonight I’m having veal chops, I kid you not. (Laughing)
RUSH: And you would be qualified as in poverty in America today.
CALLER: Correct, correct.

RUSH: Do you cook, like, the veal chops you’re going to have tonight, are you using any trans-fat?
CALLER: No, I’m going to cook ’em on a gas grill that a friend gave me.
RUSH: All right, so you’re not going to paint them with hydrogenated vegetable oil or anything like that?
CALLER: No, they burn up right nice on a gas grill all by themselves.
RUSH: I’m just checking. They’re very worried about trans-fats killing people in New York City, and it’s not going to take long before it spreads.
CALLER: Runs up the Hudson River and catches me, right?
RUSH: Yeah, exactly right.
CALLER: No one in this country should ever go to bed hungry or they’ve got to be totally ignorant.
RUSH: What are your prospects for reversing your financial fortunes?
CALLER: My next phone call is for a part-time job in a ski area starting hopefully in a couple of days. So I haven’t given up.
RUSH: This fascinates me. I wish I had more time with you. Your attitude here is amazing. See, folks, I have told you, over the years that I know people who have lost everything. Everybody thinks that once you have a lot, you never lose it or that once you’re born poor you never get out of poverty. I had a friend down here in Palm Beach who passed away some years ago. He lost a hundred million dollars. He earned it twice. He lost a hundred million dollars! Snerdley is cringing. He did it in the commodities market but he was dead broke, 100% broke! Most people would be devastated. He came back from it and earned it back again. At his funeral — he was a World War II vet — for the first time most of his friends found out how many Flying Crosses he’d been awarded, how many medals he got.
He never bragged about a thing. Typical World War II vet, typical World War II generation person. Never, ever bragged. At his funeral is where people found out all of these things that made him heroic. Hee was well loved and respected, but when I first heard his story, I was stunned! I just couldn’t believe that. How do you lose it once you have it? What are you doing putting it all at risk? They’re different kinds of people. Everybody is different, people assess risk in different ways, and people react to failure in different ways, “Oh, time to go do it again.” Some people crumble (crying). Here’s David. He’s accepting the reality of what happened, and getting back up and trying to it all over again. In the meantime, making due with what he has — and people in the Democrat Party want you to believe that he is in poverty and going to bed hungry every night.