When You Believe in Nothing, You Will Believe Anything

RUSH: TIME Magazine caved. They have destroyed the whole franchise of Person of the Year — and I think it was a joke for the longest time anyway. Their Person of the Year is because of the new ability of everybody to contribute to media, average Americans (bloggers, the YouTube people, the MySpace people) we are having the ability to you no create our own media within our own universes, and so everybody is Person of the Year. I’ll tell you what it is: the people at TIME Magazine are scared to death! The last place I would want to be working today, if I were a journalist, is in a news weekly magazine. TIME, Newsweek and US News are last place I would want to be. They are slowly evolving to irrelevance. Even though they publish once a week, they can’t possibly break news. 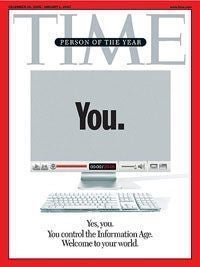 They can do interviews with people who say things they haven’t said anywhere else, but they can’t break news anymore. It’s tougher and tougher to get genuine exclusives because by the time they go to press, what they’re going to write about, subject-wise, everybody’s already known. This Person of the Year thing, though, is a great illustration of how they just copped out. Now, they’re saying: or whatever. Yeah, but this is everybody. They have named you, I, on everybody is the Person of the Year. They could have gotten serious about it, but they just, for some reason, couldn’t.
And they farmed out the decision-making process! They had consulting groups made up of various kinds of people. It’s almost like TIME Magazine was acting like Congress. Got a tough decision to make? Farm it out! Get some “blue-ribbon panel” in here of people that don’t know what they’re doing to make suggestions and then go with that rather than make the decision yourself. It’s not that I care about the Person of the Year that much, but I’m a marketing guy. They have destroyed and made a joke out of what once was a very, very high honor: to be named Person of the Year. It’s something people sought out. They just rendered it a meaningless joke. We’re all winners! This is typical: We’re all equal. They didn’t have the ability to pick one person because that would signal everybody else out is a bunch of losers, or as un-worthies or what have you.
BREAK TRANSCRIPT
RUSH: You know, folks, when you believe in nothing, you’ll believe anything — and that’s the best way to sum up this TIME Magazine business. When you believe in nothing, you’ll believe anything. Here is Mike in Binghamton, New York. Welcome to the program, sir. Nice to have you.

CALLER: Rush, it’s an honor and a pleasure. Mega dittos from a disillusioned college student in Binghamton, New York.
RUSH: Thank you, sir.
CALLER: I’m just calling to ask you if I’m allowed to use the TIME Magazine Person of the Year as a r?sum? builder.
RUSH: I would. I think everybody should do things like this. I mean, you’ve been named the TIME Magazine Person of the Year! In fact, I’d put out a press release, maybe write a college paper how honored you are, when you saw the cover, you saw yourself on it, and you didn’t know that this was coming. It’s something you’ve aspired to your whole life; you had no clue, and now it’s finally happened, and wow! I’d go to town with it if it would make you feel good and be funny and parody this whole thing, because it’s an absolute joke.
CALLER: Yeah, it just goes in with the whole feeling in the education field that everybody is a winner and nobody can be a loser. 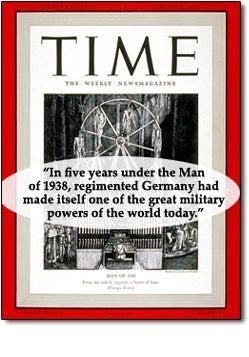