Bethlehem, Pennsylvania. George, you’re next on the Rush Limbaugh program. Hello.
CALLER: Hi, Rush. What a thrill. Have you noticed that dead Republicans do the best interviews, according to the drive-by?
RUSH: Yeah, Bill Casey on his death bed talking to, when he’s in a coma, talked to Bob Woodward.
CALLER: Exactly. But you know, it’s like having a political cartoon. You can make these characters say things that they would never say in real life. And the interviewers go on the soft news programs and say, ?In my opinion, Churchill would have said this.?
RUSH: (Laughing.) It’s a good point. If you’re a Republican and you want media respect, die.
CALLER: (Laughing.)
RUSH: (Laughing.) Oh, now they’re going to write we’re laughing about death on this program. Okay, George, appreciate the call, appreciate the input. Doug in Tallahassee, Florida, you’re next on the Rush Limbaugh program. Hello.
CALLER: Major kudos, sir.
RUSH: Thank you.

CALLER: Pleasure to speak to you. I was calling about when you were commenting earlier about everybody getting all over the folks who were taunting Saddam and I was thinking back to a documentary that I had seen when he overtook power, sitting up on stage smoking a big, fat cigar and —
RUSH: Hey, nothing wrong with that. 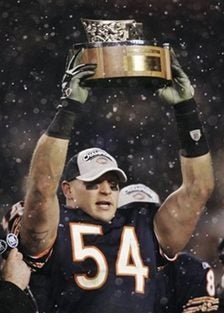 CALLER: Yeah, exactly. And laughing at each member one by one as the name was called out and was drug out in the street and shot because they opposed him in the past, and I just found it ironic that —
RUSH: Well, but look, you have to understand the mind-set of the new castrati.
CALLER: Exactly.
RUSH: The mind-set of the new castrati is, ?Yes, Rush, yes, Mr. Limbaugh, he may have done all that, but we become him if we do it ourselves.? Well, we didn’t do it, the Iraqis did it. It is who they are. It wasn’t the whole nation. There has not been this massive unrest and total destruction that we were told was going to happen, just a few people got upset out there. Most people were dancing and partying in the streets, everybody was like me and wanted to see every inch of that video. And, you know, they made an HD copy of it, the official videographer for the prime minister went in there with an HD, a Sony high definition camera. That’s the version I want to see.
CALLER: Exactly. Me, too.
RUSH: The hell with this cell phone stuff. By the way, they’ve arrested that guy.
CALLER: Yes, they have, I just read that, yes, sir.

RUSH: So they say. At any rate, you’re exactly right. Saddam, we forget. Look it, you know, when this was all happening, I forget the days that all this was happening. I guess it was Friday night. Yeah, last Friday night. Yeah, because that was the night that I had the people over to watch the first eight episodes of season six of 24. And I had already seen the eight episodes. I had to watch them to make sure that they all played because I can’t have all these people over and then have things not work, so I watched all eight episodes. I watched the first four the night we were flooded in here, by the way, folks. I got the next four later on. So since I had seen them, I’d get each episode started after everybody had refueled after the previous episode, and I’d go in and watch the news and count down to Saddam’s trip to the gallows. It was going to happen around ten p.m. on Friday night. I was watching Drudge.
By the way, folks, I must tell you this, too. I did not — and I tell you the solemn truth here — I did not watch one news channel. I left here on the 22nd of December, and from the 22nd of December until this morning I did not watch MSNBC, I did not watch Fox, I did not watch CNN, I didn’t watch NBC, ABC, CBS, I didn’t watch one bit of television news, and I didn’t miss it, and I kept up with things on the Internet, and I was watching the Saddam business on the Drudge Report, and, you know, we are all human, most of us are, and when a life is going to be taken in advance, and you know it, you do get caught up. It becomes a solemn moment and I guess thoughtful time. And then I started thinking, you know, this is going to be very tough for people to overcome, and more people than not probably are going to end up feeling sorry for this guy, because after all, if you look at the encroachment in the media of pop culture today, Saddam was a daily figure.
Saddam was a cartoon character, Saddam was the face of evil, he was a number of things, but he was constantly in the media. He was on television every day for a number of years, and I mean a number of years, decent number of years. And all of a sudden the world knew that a high visibility pop culture figure was going to die and would not be around anymore. If you executed Paris Hilton, people would have the same reaction. Oh, no! Because it’s somebody we know being blown — this is not some thug from the bowels of San Quentin being blown away. So I knew that there were going to be some people that would have some sympathy and there?s going to remorse, ?Oh, we can’t execute the famous, oh, oh, oh,? knowing how serious the encroachment of pop culture has been into the mainstream of society and how definitive it is.
So I sat there and I was studying, examining my own emotions and thoughts, watching what others’ reactions were, and it quickly became apparent to me that I was dead on right, that most people, when they looked at Saddam Hussein on Friday night and into the weekend didn’t see any of the atrocities, didn’t picture them, didn’t remember them. They just saw a pop culture figure who was killed. Then when it was learned that he was taunted and that they shouted Muqtada! Muqtada! Muqtada! Why, how could we dare be so mean? His pop culture status, his media caricature accounted, I think, for a lot of sympathy that he got. But in the end, the real bottom line here for Drive-By Media types and leftists is that Saddam was a vessel. Saddam became a mechanism, a way for them to promote elements of their agenda, such as the anti-death penalty agenda, whatever else that they wanted to present about this. ?The war in Iraq is no good, look what’s happening here, we went to war for these savages? We’re trying to democratize this bunch of louts??
Saddam served that purpose for leftists and the Drive-By Media and continues to as well with all these investigations into how this happened. The Iraqis are doing this, you know, just for the hell of it because they’re going to be dependent on media images — almost everybody is these days — in part for the success of their future. And whether they really are concerned about this is something I doubt. This is who they are. They’re militant Islamists. It’s quite understandable they would have this emotional reaction. This is a guy that wiped out — well, there are mass graves, 300,000 to a million, whatever the number is. It’s not inconsequential.
BREAK TRANSCRIPT

RUSH: Look it. I just don’t tell you people what I think. I back it up when I am right, especially when I’m talking about the left. Audio sound bite number nine out there, Mike. This is last Friday, December 29th. This is prior to the execution of Saddam Hussein. The name of the show here is The Most. I’ve never seen it. The host is Allison Stewart. I have no clue who that is, but she was talking to the Reverend Jackson — him I know — via the telephone. And she said, ?Reverend Jackson, you say that the US should not turn over Saddam Hussein to be hanged. Making him spend the rest of his life in prison would a better way to break the cycle of violence in Iraq. Does that reflect your position??
JACKSON: Someone has to break the cycle of violence. Saddam Hussein didn’t attack us. Bin Laden attacked us. And to be complicit for this killing further weakens us and isolates us in the world community. The late Gerald Ford, one of his last statements said, we’re on the wrong course, the Iraq mission, we’re on the wrong course. ? As we kill people and blow up a civilization, to whom are we accountable? … This is a thin-veiled US move to execute him as a trophy.
RUSH: So you see Saddam for Jesse Jackson is merely a vessel to attack the United States of America. Saddam provides him the opportunity to once again point the finger of blame at America. There’s nothing factual about what he said other than his reference to Gerald Ford. We are not blowing up a civilization. We are, if anything, restrained over there, which is one of the reasons this thing is dragging out the way it is. But it looks like, as I predicted, when the Iraq surrender group report came out, and nobody endorsed the thing — by the way, I think the thing over the Christmas break finally fell, the parachute never opened, and it just imploded when it landed. Because nobody is talking about it anymore, and we are going — in fact, did I read this right? George Casey, the general in command, is out? Is going to be replaced? I read that this morning, one of the blogs quoting a newspaper, New York Times or Washington Post claiming that the president is going to replace Casey because the president is sick and tired of people who keep giving him strategies for getting out.
He wants to talk to people who give him strategies for winning. Anyway, bottom line, it looks like we’re going to ramp up the number of troops, and we’re going to have this big surge. (interruption) What? Oh, well, of course yes, the Nancy Pelosi House of Representatives could defund the war. Speaking of that, this is quite comical, too. Washington Post has a story today. I think this is — where is this? It’s not front page, darn it. Wish it were. “Activists on the Left Applying Pressure to Democratic Leaders — Liberals Seek Bolder Approach to War, Spying.
“A cluster of protesters will greet the new congressional leaders at the Capitol tomorrow. They will not be disgruntled conservatives wary of Democratic control, but liberals demanding a ban on torture, an end to warrantless domestic spying and a restoration of curbed civil liberties. The protest will be followed by an evening forum calling for the president’s impeachment, led by the Center for Constitutional Rights, antiwar activist Cindy Sheehan and a pro-impeachment group called World Can’t Wait.? Sounds like the title of a Bond movie.